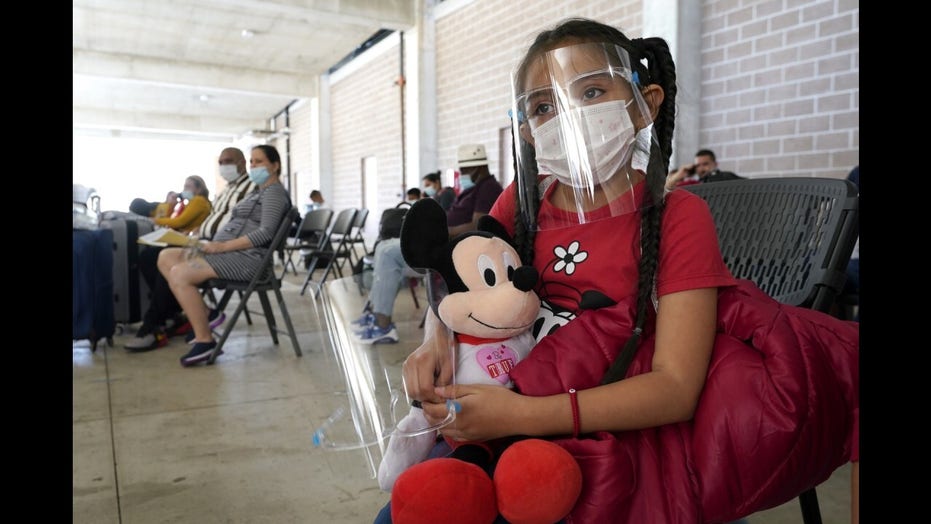 Former Acting ICE Director Tom Homan told “The Faulkner Focus” on Tuesday that the Biden administration’s “open border” policy is creating a dangerous condition for children migrants heading over to the United States, and putting the men and women of Border Patrol in very difficult positions.

TOM HOMAN: Well, under the Obama administration, we had another family surge and we stopped it. We stopped it like I said earlier, by enforcing the laws in this country. Now, I started my career in Border Patrol back in [1984]. So I spent my entire career on immigration enforcement.

I tell you, the first night I was here, I went out into a place called La Jolla. And within 10 minutes, I see a group of about 80 family units being detained by the Border Patrol. And within the next ten minutes, another seven come up, another eight come up. It is almost like that movie “The Field of Dreams” is coming out of the corn, they were coming out of the brush, turning themselves over to Border Patrol.

Within 10 minutes at 100 families in custody. Then I saw some activity about a half-mile down the dirt road. I went down there and there’s another 100 in custody: women and children. And let me say the most important thing I saw. The Biden administration says they got a humane policy. The only humanity I saw, the only compassion I saw were the men and women in the Border Patrol that actually were hugging these children.

I saw the big burly Border Patrol agent get on his knees to talk to the little girl, a seven-year-old girl who was crying. And within a couple of minutes, he got her to crack a smile on her face. These men and women are in a difficult position.

And the other day, their commander in chief made a comment. They were watching children die of starvation on the river banks and doing nothing about it, which is a disgrace and disrespectful to every man and woman that wears that uniform that saved over 4000 migrant lives last year. I saw compassion. I saw compassion for the Border Patrol, the policies this administration has already caused, the separation of nearly eighteen thousand families where parents are putting their children in the arms of criminal cartels to be smuggled in the United States. 31 percent of women get sexually assaulted, childen die, another child died in a river. The policies of this administration are going to result in open borders and more immigrant deaths coming across that border.