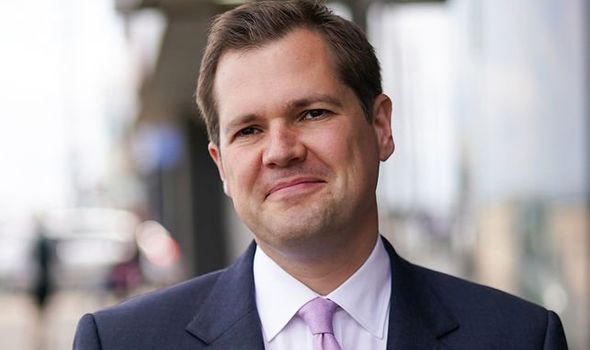 A source said Mr Jenrick focused on the desperate need for new homes to tackle the housing crisis.

He raised the 95 percent mortgage guarantee for first-time buyers and schemes to help key workers buy a home during the meeting.

Dozens of MPs were on the call and the Cabinet minister is expected to continue the talks all the way through summer recess to keep his planning reforms on track.

“People are pretty angry about it,” an MP on the call said.

“He knows there’s trouble and he’s trying to keep as many people on board as possible.

Nearly 100 Tories are expected to rebel if Mr Jenrick pushes ahead with changes with former Prime Minister Theresa May among the most prominent critics.

The government wants to tackle the housing crisis by easing red tape to allow 300,000 new homes to be built a year.

But the reforms will mean there is presumed consent for development in some areas.

Opponents fear that will mean developers will focus on the southeast.

The government is said to be in “listening mode” about the most controversial elements of the reforms and prepared to make changes.

But it is understood Mr Jenrick did not make any promises during yesterday’s “charm offensive”.

Councils must bid for the cash to provide the facilities, which are larger and contain equipment such as hoists, curtains, adult-sized changing benches, and space for carers.

Regional Growth Minister Luke Hall said: “In our national effort to build back better from covid 19, the Government wants to create a stronger, safer and fairer society in which everyone is treated with dignity and respect.

“With central government, local government and the third sector working more closely together than ever before, we will put the right facilities in the right places for those who need them the most – extending freedom, accessibility and dignity to all.”