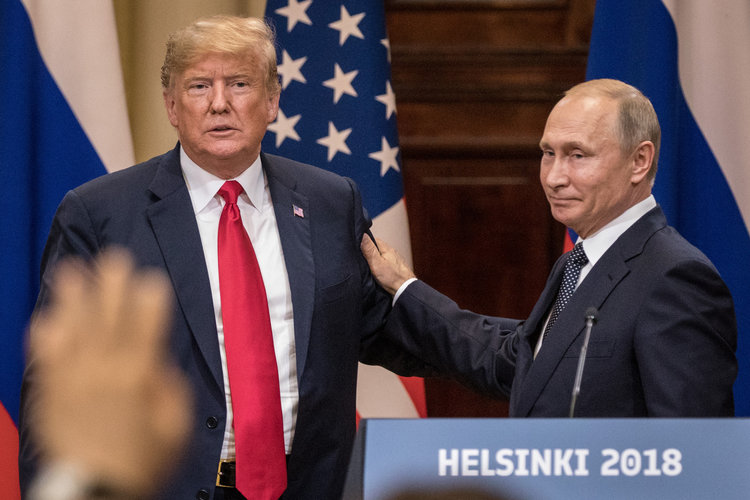 President Donald Trump stunned observers on Monday when he rebuffed the US intelligence community in favor of Russia in Helsinki.Chris McGrath/Getty Images

Sign up for the latest Russia investigation updates here»

In Helsinki on Monday, US President Donald Trump touted the “direct, open, deeply productive dialogue” he had with Russian President Vladimir Putin.

That was the broad consensus of national-security and intelligence veterans following a bizarre press conference during which Trump stood next to Putin and spent more time denigrating his political opponents and intelligence agencies than he did a hostile foreign power.

Asked by Reuters’ Jeff Mason on Monday whether he held Russia accountable for anything, Trump stunned observers when he said he held “both countries responsible” for the deterioration in US-Russia relations.

Trump failed to mention Russia’s aggression toward Ukraine, its annexation of Crimea, its involvement in Syria, and its aggressive cyber operations around the globe, as well as allegations that it has poisoned former Russian spies abroad, that it played a role in the downing of a Malaysian airliner in 2014, and, above all, that it interfered in the 2016 US election.

Things devolved further when The Associated Press’ Jonathan Lemire asked Trump whether he believed Putin or the US intelligence community on Russia’s election interference, whether he would denounce Putin for Russia’s actions in 2016, and whether he would warn the Russian leader never to do it again.

Trump declined to do so. Instead, he slammed the Democratic National Committee and suggested the FBI was part of a conspiracy to undermine his election victory.

“My people came to me … they said they think it’s Russia” that interfered, Trump said. “I have President Putin. He just said it’s not Russia. I will say this: I don’t see any reason why it would be.”

He added that he had “great confidence” in his “intelligence people” but that Putin “was extremely strong and powerful in his denial” of Russian meddling.

Robert Deitz, a former top lawyer at the CIA and the National Security Agency, said he was “beyond shocked” to hear Trump’s comments.

“We’re all sort of used to Trump by now, and you say to yourself that we’ve gone as low as we can, and then you see what he said, and it’s so much worse than you’d think,” Deitz said. “Doing this in front of a foreign leader — and that too is someone who’s an adversary and not an ally — is unimaginable.”

William Pomeranz, the deputy director of the Kennan Institute for Advanced Russian Studies at the Woodrow Wilson Center, echoed that view.

“Trump essentially disowned the results of his own intelligence services and believed Vladimir Putin,” Pomeranz said. “It’s one thing for him to say that in a room by himself. It’s another situation when he has Putin right next to him and in theory can challenge him and voice the US’s absolute rejection of what happened during the election, and yet he couldn’t bring himself to do that.”

Indeed, Trump’s comments floored people across the political spectrum, including lawmakers from both sides of the aisle, intelligence veterans, and even Trump’s allies.

Glenn Carle, a longtime former CIA spy, said he wasn’t the least bit surprised by Trump’s actions because “it’s becoming more and more clear that Trump is either a witting or unwitting Russian asset.”

“People say this is so mystifying, but it’s not,” Carle said. “Intelligence assets become convinced to be spies for multiple reasons. It might start with kompromat or financial hooks, and the asset may be convinced he is acting as a patriot until he becomes accustomed to his role.”

Carle added: “Trump clearly responds favorably to praise. And over the years, the handling officer — Putin, in this case — realizes what the asset wants, and that’s what they provide. Trump wants to be told he’s the greatest, so that’s what you tell him, over and over again, until he comes to believe that is the motivation for his actions.” 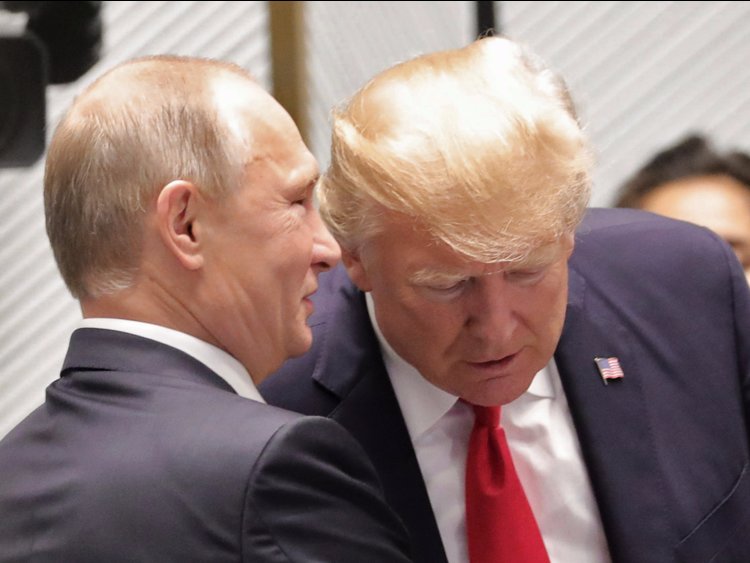 
One former senior intelligence official emphasized that they “absolutely” believe Putin has something on Trump.

“There are four possibilities,” this person told Business Insider. “One is that Trump is not very smart. The second is that he’s lazy and incurious. The third is that he is acting this way toward Russia because of some financial desire, like building a Trump Tower in Moscow. The fourth is that the Russian leader has something serious on him, from either a business or personal standpoint.

“My money is on the latter two,” they said.

Putin, for his part, raised eyebrows on Monday when he did not outright deny that the Russian government has kompromat on the US president.

When an American reporter asked Putin point-blank whether he had compromising material on Trump, Putin offered a lengthy and roundabout response, ultimately saying it was “difficult to imagine an utter nonsense of a bigger scale than this.”

“You have to look at these comments objectively,” a former senior FBI official said. “And when you put it together with Trump’s statements, his affinity toward Putin, his willingness to concede to Russia, his cold shoulder toward the US’s closest allies … at some point you have to start thinking the unthinkable, which is that the president of the United States may have been compromised by Russia.”