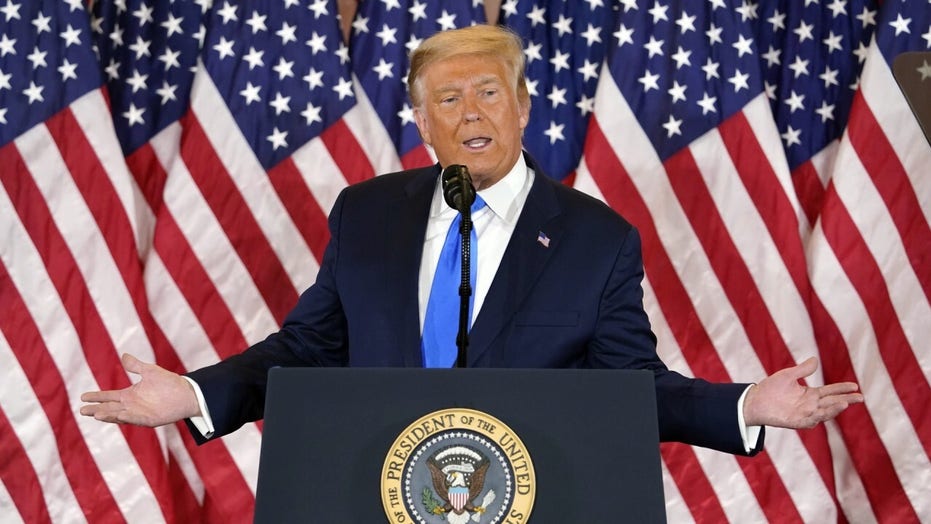 The Trump campaign has filed multiple lawsuits in Pennsylvania, Michigan, Georgia and Nevada as the race remains increasingly tight — seemingly in favor of a Democratic candidate Joe Biden win.

Here’s a look at the lawsuits filed and what has happened since:

The Trump campaign filed a lawsuit on Nov. 4, alleging that absentee ballots were received after 7 p.m. on Nov. 3 — the state’s official deadline.

The suit, which was filed in Chatham County, was brought about after Sean Pumphrey, a poll watcher, claimed that he saw 53 late ballots illegally compiled with a group of eligible ballots.

The suit has claimed this “dilutes lawful votes for Republican candidates.”

Trump’s campaign asked that all illegitimate ballots be accounted for and that none of the said ballots be counted in the general election’s total.

In a hearing Thursday, a Chatham County judge threw out the suit after the poll watcher could not provide any proof of the late-arrival ballots.

The race has become increasingly tight in Georgia, with Trump only leading by over 9,500 votes as more than 47,000 ballots remain to be counted – the bulk of which are in Chatham County.

The Trump campaign filed a lawsuit against Michigan’s Secretary of State Jocelyn Benson, for the campaign’s inability to observe ballot counting in the battleground state that Trump has seemingly lost to Biden by 2.7 percent of the vote.

The case names Michigan voter Eric Ostergren as a “challenger,” after he was “excluded from the counting board during the absent voter ballot review process.”

The campaign asked that all vote tallying be stopped until they are able to gain access to every opened ballot to verify their legitimacy.

A Michigan Court of Appeals Judge Cynthia Stephens, dismissed the case Thursday afternoon, noting that the Secretary of State’s office is not involved with the local the counting process.

Stephens also rejected Ostergren’s account because the Secretary’s office had never been given any specifics on the accusation such as when or where it happened.

A previous allegation of ballot tampering was also dismissed as “hearsay” due to a lack of evidence.

Stephens said she hopes to have a written statement on the issue by Friday afternoon.

Similarly in the complaint against Michigan, a lawsuit filed in Nevada called for the state’s Supreme Court to halt processing of some mail-in ballots in Clark County after alleged voter fraud was uncovered.

The campaign has claimed they have evidence of “illegal votes” having been cast in the name of deceased peoples and nonresidents in the 2020 election.

The case filed on Nov. 3, has also appealed to have greater observer access to the vote counting.

The Trump campaign has claimed there are "tens of thousands" of ballots mailed to ineligible voters and that they have the evidence to prove it, though no such evidence has been made available yet.

This story is ongoing.

The Trump campaign has issued five separate lawsuits in the Keystone State, which has gradually seen the president’s lead shrinking.

The initial suit filed on Nov. 4 has alleged election officials in Montgomery County, a Philadelphia suburb, violated election law by opening some 12,000 ballots early, as well as supposedly allowing voters to correct any deficiencies on their ballots.

U.S. District Judge Timothy Savage, a George W. Bush appointee, was present for the first hearing Wednesday where he reportedly expressed some skepticism over the validity of the accusations. But more filing are expected to be submitted Friday.

The second suit filed by the Trump campaign, is an attempt to intervene with the Supreme Court decision that allowed the state to extend their ballot return deadline from Nov. 3 to Nov. 6, though they have to be postmarked by Election Day.

The case has already been submitted to the Supreme Court twice, where they first refused to place a hold on the three day extension at the request of the Republican Party. The GOP then sent the case back to the high court asking them to rule on the merit of the extension, in which the court said they would not return a quick, pre-election decision.

Though their refusal to make a quick decision has left the question as to whether or not those ballots will be counted if they find the extension improper.

The third suit was filed in the battleground state after the GOP requested an injunction to block counties from allowing voters to "cure" mail-in ballots, and to throw them out if they have been fixed.

Several states allow voters whose ballot has been rejected for any reason, such as a failure to verify their signature, to contact their county and “cure” or fix any discrepancies found with their ballot. This is an attempt to make sure people’s votes are not thrown out based on human error.

An additional suit was filed challenging Pennsylvania’s Secretary of State’s call to extend the amount of time voters have to address any discrepancies with their ballots, from Nov. 9-12.

A final suit was filed on Nov. 4 that is appealing for closer poll observation abilities and is under review.

All cases in Pennsylvania are on going.