WASHINGTON (Reuters) – President Donald Trump has decided on who he will pick for a lifetime position on the U.S. Supreme Court and will announce the nomination later on Monday, with four conservative federal appellate judges as the top contenders to succeed retiring long-time Justice Anthony Kennedy.

The Republican president, with an opportunity to further put his stamp on the court with the second appointee of his 18 months in office, is expected to choose among four judges with strong conservative credentials: Thomas Hardiman, Brett Kavanaugh, Raymond Kethledge and Amy Coney Barrett. A source familiar with the process said Trump has made his choice.

All are young enough that they could serve on the nine-member high court for decades. Trump is poised to make his announcement at 9 p.m. ET.

A person familiar with the selection process earlier indicated Trump was narrowing the field, with Barrett the least likely among the four to be chosen.

“The president was very impressed with Barrett but said on a number of occasions it might be best to save her for a future vacancy,” the source said, speaking on condition of anonymity.

Hardiman, 53, has served on the Philadelphia-based 3rd U.S. Circuit Court of Appeals since 2007, having been appointed by Republican former President George W. Bush, after four years as a U.S. district judge in western Pennsylvania. Hardiman, a one-time cab driver from Waltham, Massachusetts who was the first member of his family to attend college, served alongside Trump’s older sister, Judge Maryanne Trump Barry, on the 3rd Circuit. She no longer hears cases.

Kavanaugh, 53, has served since 2006 on the influential U.S. Court of Appeals for the District of Columbia Circuit. A former White House aide under Bush who previously worked for Kenneth Starr, the independent counsel who investigated Democratic former President Bill Clinton in the 1990s, he faced a long confirmation battle when Bush nominated him to his current post.

Kethledge, 51, has served on the Cincinnati-based 6th U.S. Circuit Court of Appeals since 2008 after also being appointed by Bush. A former aide to a Republican senator, Kethledge also previously worked as an in-house lawyer for Ford Motor Co.

Barrett, 46, has the least judicial experience of the four, with only eight months as a judge after spending most of her career as a conservative legal scholar. Barrett was appointed by Trump to the Chicago-based 7th U.S. Circuit Court of Appeals last year. Barrett, a married mother of seven and a devout Roman Catholic, is a favorite among social conservatives and conservative Christian leaders.

The appointment will not change the ideological breakdown of a court that already has a 5-4 conservative majority but nevertheless could move the court to the right. Kennedy sometimes joined the liberal justices on key rulings on divisive social issues like abortion and gay rights, a practice his replacement may not duplicate.

Kennedy, 81, announced on June 27 plans to retire after three decades on the court, effective on July 31.

Trump’s selection will set up a confirmation showdown in the U.S. Senate, where his fellow Republicans hold a slim 51-49 majority, though with ailing Senator John McCain battling cancer in his home state of Arizona they currently can muster only 50 votes. Without Republican defections, however, Senate rules leave Democrats with scant options to block confirmation of Trump’s nominee.

Trump last year appointed Neil Gorsuch, who has already become one of the most conservative justices after Senate Republicans in 2016 refused to consider Democratic former President Barack Obama’s nominee Merrick Garland to fill a vacancy left by the death of conservative Justice Antonin Scalia. As a result, Democrats have accused Republicans of stealing a Supreme Court seat. Gorsuch restored the court’s conservative majority. 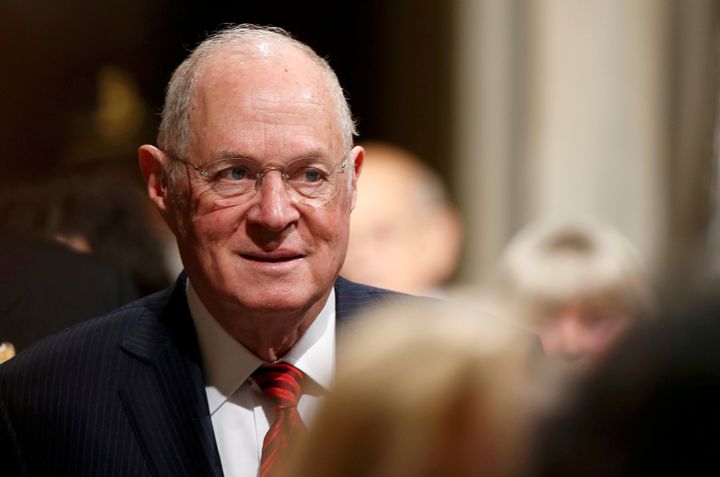 Trump has previously said he wanted “pro-life” justices opposed to abortion rights. Top Senate Democrat Chuck Schumer on Monday said Trump’s nominee should be obligated to make his or her views clear on matters like the Roe ruling. Not long after Schumer spoke, Senate Majority Leader Mitch McConnell accused the “far left” of engaging in “scare tactics” over the nominee.

The new justice can be expected to cast crucial votes on other matters of national importance including gay rights, gun control, the death penalty and voting rights. The court could also be called upon to render judgment on issues of personal significance to Trump and his administration including matters arising from Special Counsel Robert Mueller’s ongoing Russia-related investigation and several civil lawsuits pending against Trump.