Home » Politics » Trump 'likely' to run again in 2024 if he loses: Mick Mulvaney

The president will "absolutely" stay in politics, Mulvaney predicted, while answering questions during an interview with the Institute for International and European Affairs.

"He doesn't like losing," Mulvaney said. "There's actually a non-zero chance that Donald Trump runs again in 2024 and Joe Biden does not … simply because of his age."

The former chief of staff also rebutted claims that Trump isn't committed to a peaceful transition of power, something the president himself has been vague about.

TRUMP HAS NO PLANS TO IMMEDIATELY CONCEDE ELECTION AS BIDEN LEADS IN BATTLEGROUNDS, SOURCE SAYS

"I got asked what I assumed was a joke question by a European outlet, and in hindsight, I wish I had not treated it as such, and I should have treated more as an insight as to how distorted the perception is [of] my country overseas. I got asked the question if Donald Trump is mounting a coup," Mulvaney said.

"That's a crazy question to ask," the former Republican lawmaker from South Carolina said. "Either the person doesn't understand America, doesn't understand elections or has such biased information going in that they really think that's a legitimate question."

Both Trump and Biden "think they have won, think they are going to be proven the winner," he said. Biden has amassed 264 Electoral College votes so far, just shy of the 270 required to win the White House.

Trump, who has garnered 214, has claimed fraud is occurring in some of the states where his Tuesday night lead has dwindled and said he will win as long as only legally cast ballots are counted. 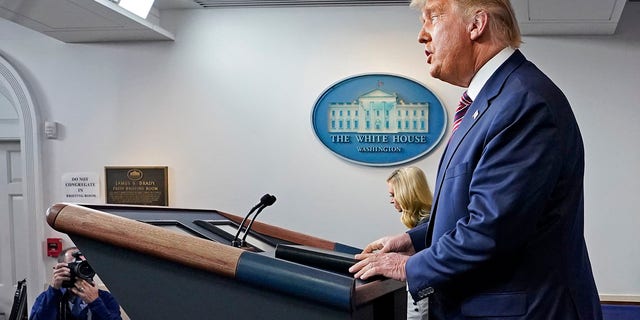 "There will be a peaceful transition or retention of power come Jan. 20," which the Constitution sets as Inauguration Day," Mulvaney said. "Period. End of Story. Could things get really sloppy and messy and slow between now and then? Absolutely."

American elections can be ugly, he said, "kind of like making sausage. No one wants to see it happen, but you enjoy the final product."

Biden took the lead in both Pennsylvania and Georgia on Friday with just over a thousand votes separating the candidates in the southern state and several thousand votes between them in Pennsylvania, with thousands more to be counted throughout the day.

The Trump campaign released a statement early Friday saying the election "is not over" despite a Biden victory call from Decision Desk HQ.

"The false projection of Joe Biden as the winner is based on results in four states that are far from final," the campaign said.