Home » Politics » Trump 'oblivious' to political chaos in the UK ahead of state visit because all he cares about is hanging out with the royals, report says

Donald Trump is “delightfully oblivious” to the UK’s domestic turmoil and is simply preoccupied with spending as much time as possible with the royal family when he visits early next month,a report from The Times of London claims.

Queen Elizabeth II invited Trump on a state visit to the UK from June 3 to June 5, where he is scheduled to appear at a Buckingham Palace banquet, and take tea with Prince Charles, Britain’s next monarch.

Britain is in the midst of a political crisis as Prime Minister Theresa May repeatedly fails to pass her Brexit deal through parliament, with UK members of parliament unable to agree on how they want to proceed with leaving the EU. May is now widely expected to resign her post in the coming days.

Trump, however, doesn’t seem to care.

“They seem delightfully oblivious to what is going on to be honest,” an unnamed government officialtold The Times. 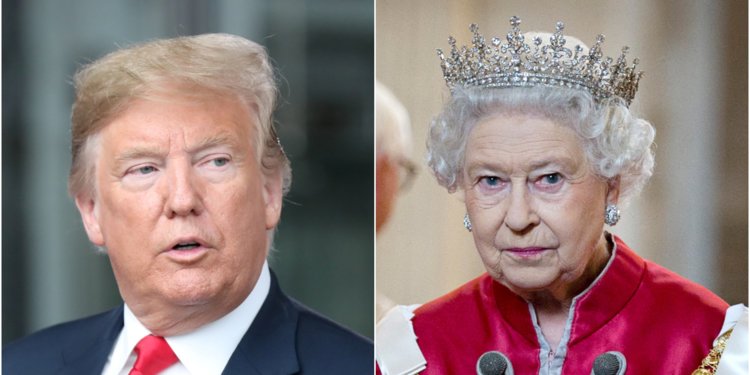 Trump is expected to meet with Prime Minister Theresa May, or her successor if she has stepped down, during the trip, and will attend a ceremony in the city Portsmouth to commemorate the 75th anniversary of D-Day.

Instead of focusing on the UK’s apparent departure from the EU orvocal demands for Prime Minister Theresa May to resign, Trump is looking forward to the banquet hosted by the Queen, andtea at nearby Clarence House with the Prince of Wales, the Times wrote.

Read more: A giant Trump baby blimp that the president says makes him ‘feel unwelcome’ is following him to London this summer — and could be 5 times as big

Trump’s last visit to the UK was characterized by several faux-pas, including breaking royal protocol twice in the space of a morning. 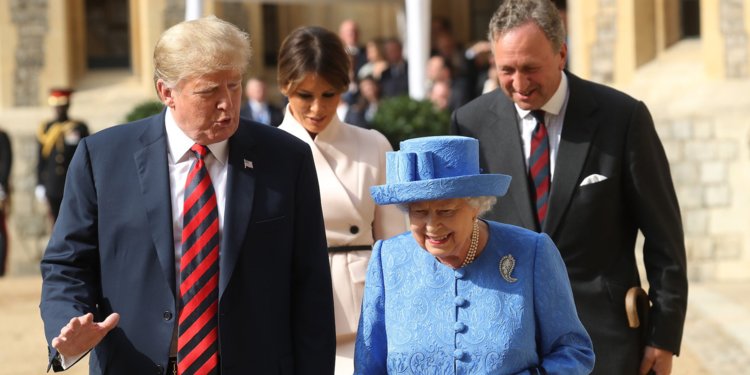 Meeting her in July 2018,Trump first broke royal protocol by walking in front of the Queen. He then forgot to bow to her later in the day.

US diplomatic sources assured the Times that Trump won’t be seeking a one-on-one with Boris Johnson, who is pushing to become the next prime minister, or with Brexit Party leader Nigel Farage. 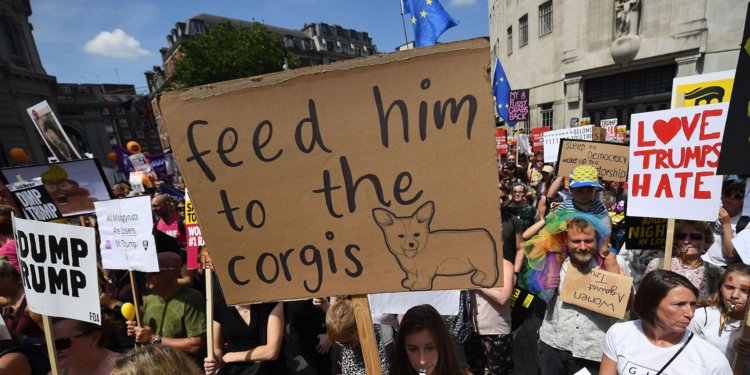 A woman protesting against Trump makes a cheeky reference to the royal family’s love of corgis.Chris J. Ratcliffe/Getty Images

Trump will attend a dinner alongside trans-Atlantic dignitaries at the US Ambassador’s residence, which may include several British politicians sympathetic to Trump.

After the visit concludes,Trump will travel to Shannon, Ireland, and will play golf at his Doonbeg resort.

The President’s last visit to the UK was met with 250,000 demonstrators, who were joined by a 6-meter balloon depicting Trump as a screaming baby in a diaper.

During his 2018 visitthe president told the British newspaper The Sun: “I guess when they put out blimps to make me feel unwelcome, no reason for me to go to London.” 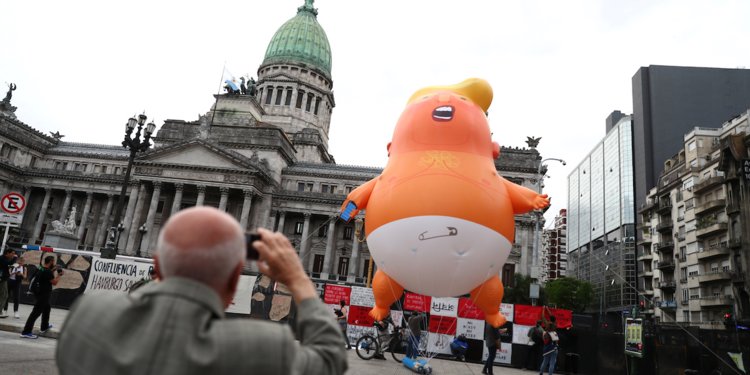 On accepting the Queen’s invitation for the June visit,The White House said: “This state visit will reaffirm the steadfast and special relationship between the United States and the United Kingdom.”