Home » Politics » Trump on RNC convention: ‘I’ll probably be giving my speech at the White House’ 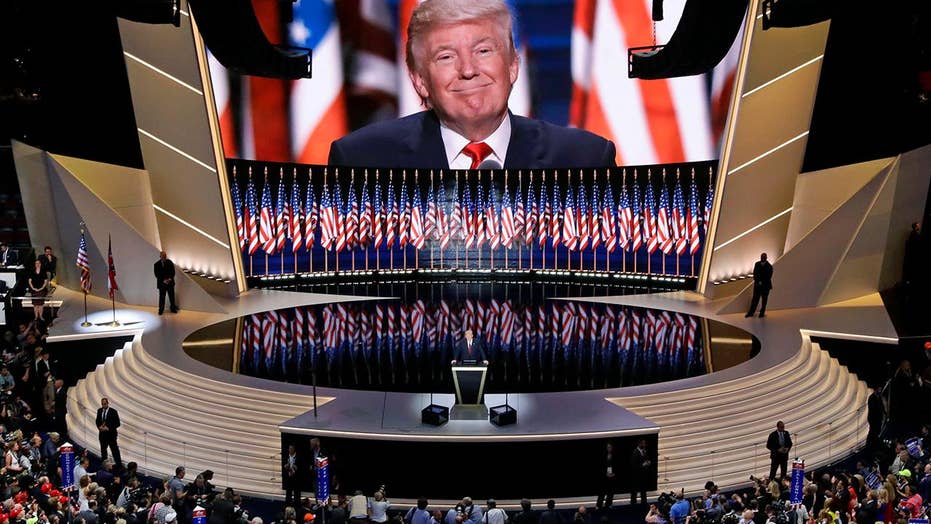 Fox News’ Martha MacCallum weighs in on how the coronavirus is changing many aspects of society, from political conventions to sports.

President Trump on Thursday confirmed to the The Post he intends to give his Republican National Convention speech from the White House lawn, defying critics who said the location was inappropriate.

During an exclusive Oval Office interview, the president said he would visit the battlefield at Gettysburg at a “later date” and described his vision of a socially-distanced speech in front of supporters at the executive mansion in Washington, DC later this month.

“I’ll probably be giving my speech at the White House because it is a great place. It’s a place that makes me feel good, it makes the country feel good,” Trump told the Post, saying it would also be easiest for law enforcement and the Secret Service.

“We’d do it possibly outside on one of the lawns, we have various lawns, so we could have it outside in terms of the China virus,” he continued, referring to social distancing guidelines amid the coronavirus pandemic.

The president was last month forced to scrap his plans for a raucous RNC celebration in Jacksonville, Florida as the Sunshine State battled a tsunami of COVID-19 infections.

Team Trump floated a number of locations, including the Great Battlefield of Gettysburg in Pennsylvania or the East Wing of the White House.

The idea of the president delivering his convention speech from the executive residence roiled his critics, including House Speaker Nancy Pelosi who said it was wrong.

“Whether it’s legally wrong or ethically out of the question, it shouldn’t even have been something that was expressed,” Pelosi told MSNBC’s Andrea Mitchell.

The Hatch Act prohibits government employees from participating in partisan political activities when they are on duty, in uniform, or on federal property. It does not apply to the president or vice president.

The president told The Post the White House address would be a “tremendous saving in cost” since he lives there already and said he didn’t like the idea of delivering an address at the Pennsylvania battlefield in the middle of summer.

“Gettysburg is special. I will be doing something at Gettysburg, it may be something different, not for the convention,” he said.

“We’re going to be doing something terrific at Gettysburg but when it gets a little bit cooler because now it’s, you know, it’s August 27, so that’s pretty hot out there,” he continued.

Democrats have also moved their convention online and nominee Joe Biden will deliver his acceptance speech from his home state of Delaware.