President Trump has been brushing aside advice from some campaign advisers who are privately urging him to prepare for a possible election loss, according to a report.

Instead, the president has remained defiant, with his legal team preparing to mount legal challenges in several battleground states, over suspected instances of fraud in connection with the voting.

While aides have advised the president that lawsuits are unlikely to wipe out Democratic nominee Joe Biden’s leads in uncalled states like Pennsylvania, Nevada and Georgia, Trump has seemed uninterested in moving toward a concession, The Wall Street Journal reported, citing several sources speaking on condition of anonymity.

Trump remained behind Biden in the electoral count by early Saturday and appeared to have an increasingly small path to reelection as votes continued to be counted.

The president made allegations of widespread fraud this week and said the election was being stolen from him when mail-in ballots counts began to favor Biden. 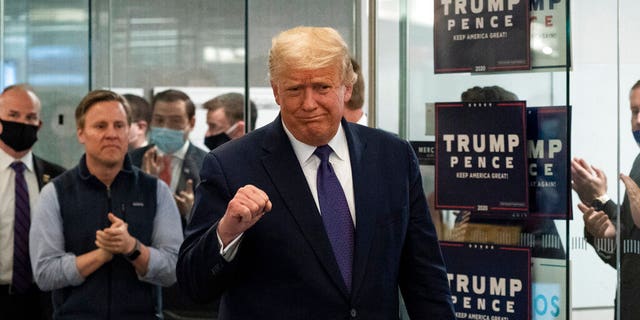 The campaign’s legal efforts have scored some gains – including an order by Supreme Court Justice Samuel Alito that any Pennsylvania ballots postmarked by Election Day but received afterward should be segregated and counted separately – but none have succeeded in changing the vote count in the president’s favor.

Some of the president's advisers told the Journal they believe a Trump loss is an eventuality.

“They have a no-stone-unturned strategy,” one adviser said, “but at some point, you have to wonder when enough is enough.”

Aides are also urging Trump to stay on script and to focus on his final months in office.

One adviser told the Journal the president’s mood is “black,” and he has spent much of his time on the phone telling aides to do everything in their power to avoid an electoral loss.

Publicly, Trump’s team and many Republicans have supported his claims and called for any election regularities to be investigated. 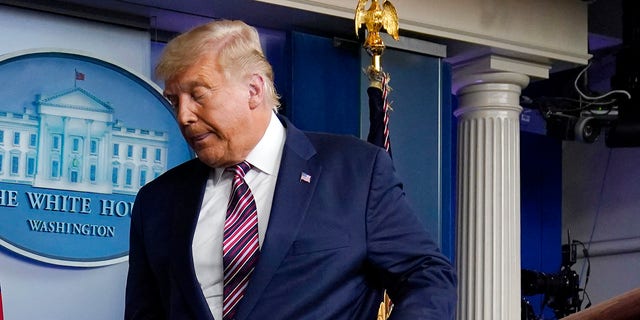 Earlier this week, the president’s son, Donald Trump Jr., accused “virtually all of the ‘2024 GOP hopefuls’" of a "lack of action."

“They have a perfect platform to show that they’re willing & able to fight but they will cower to the media mob instead,” he tweeted.

Son Eric Trump on Friday alleged that the Democratic National Committe was behind "spamming" of the Trump campaign's voter fraud hotline, claiming it was a bid to "bog down the thousands of complaints we are receiving!"

"Wonder what they have to hide," Trump wrote.

Conceding a presidential election loss is not a legal requirement but it is a tradition of the peaceful transfer of power.