WASHINGTON (Reuters) – U.S. President Donald Trump said on Monday that federal social distancing guidelines might be toughened and travel restrictions with China and Europe would stay in place as he urged Americans to help fight the coronavirus with tough measures through April.

Trump, speaking to reporters at the White House, said more than 1 million Americans had been tested for the coronavirus, which he called a milestone.

The president announced on Sunday that the recommendations, which include encouraging people not go gather in groups larger than 10 and to avoid dining in restaurants or bars, would be through the end of next month after initially being put in place for 15 days to curb the virus’s spread.

“The guidelines will be very much as they are, maybe even toughened up a little bit,” he told reporters on Monday.

Trump, who has faced criticism for playing down the pandemic in its early stages, urged everyone to follow the restrictions.

“Every one of us has a role to play in winning this war. Every citizen, family, and business can make the difference in stopping the virus. This is our shared patriotic duty. Challenging times are ahead for the next 30 days and this is a very vital 30 days,” he said.

“When you look at all of the states together, all of them are moving in exactly the same curves,” she said. “That’s why we really believe this needs to be federal guidance, so that every state understands that it may look like two cases, that become 20, that become 200, that become 2000, and that’s what we’re trying to prevent.”

Anthony Fauci, the head of the National Institute of Allergy and Infectious Diseases, said he expected a coronavirus outbreak in the fall as well, but he said the nation would be better prepared to respond.

Trump said his administration would take a look at a suggestion from former Food and Drugs Commissioner Scott Gottlieb that all Americans wear a mask when out in public to help halt the spread of the virus.

“After we get back into gear … I could see something like that happening for a period of time, but I would hope it would be a very limited period of time,” he said.

“We’re getting it from all over the world and we’re also sending things that we don’t need to other parts,” he said. 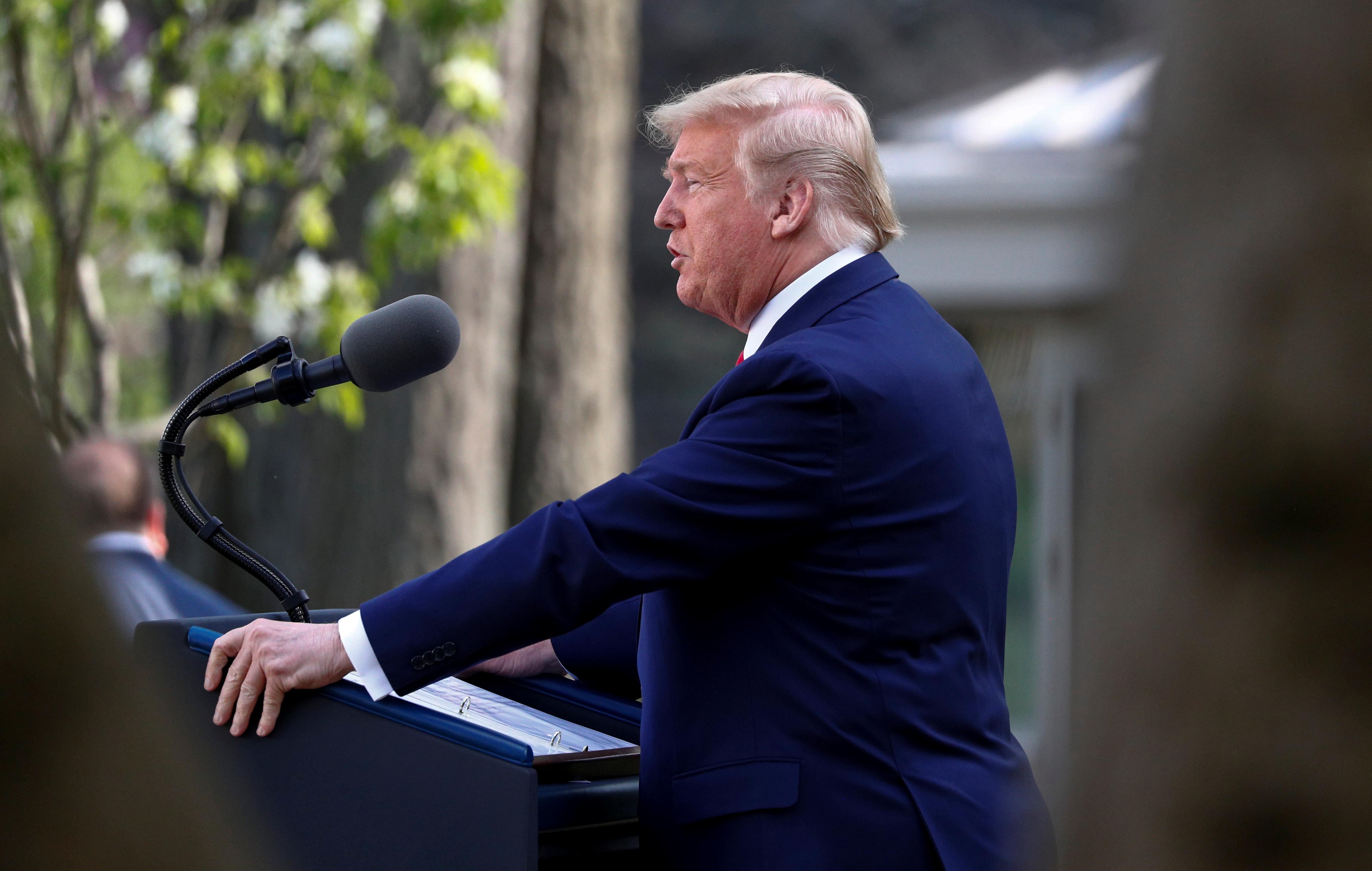 Trump said he had just spoken with Italian Prime Minister Giuseppe Conte and that the United States would be sending Italy about $100 million worth of medical supplies that are not needed in the United States.

Trump lauded an announcement from Ford Motor Co and General Electric’s healthcare unit that they would be producing 50,000 ventilators in 100 days.