Home » Politics » Trump vows to send ‘a lot of money’ to Florence-ravaged Carolinas: ‘There will be nothing left undone’ 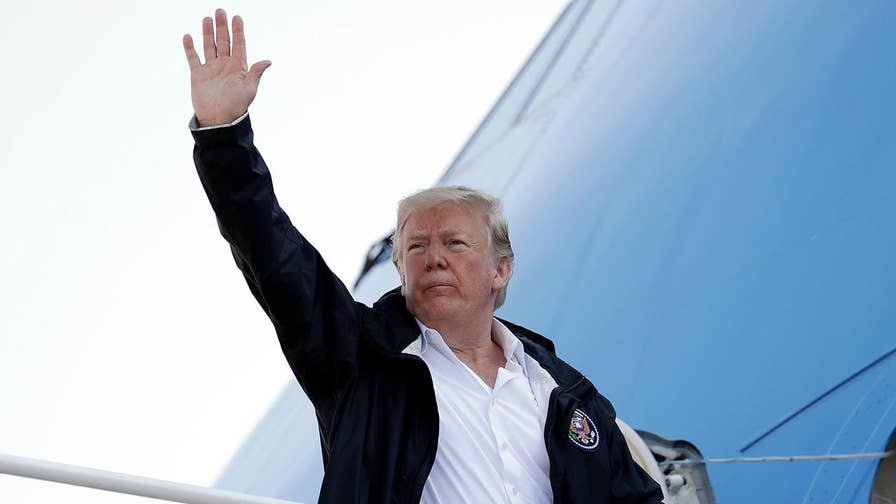 President Trump gets a firsthand look at the devastation from Hurricane Florence as the death toll continues to rise; Rick Leventhal reports from Wilmington, South Carolina.

President Trump on Wednesday traveled to the Carolinas to visit areas ravaged by Hurricane Florence last week, assuring local families and officials that the federal government would provide "a lot of money," and that there will be "nothing left undone" in recovery efforts.

At his first stop in Cherry Point, N.C., Trump participated in a hurricane briefing, where he praised all agencies involved in recovery efforts, calling Florence the most powerful hurricane to hit the Carolinas.

Speaking directly to families in North Carolina, the president offered his support.

"America grieves for you, in our hearts, and prays for you," the president said. "We are with you."

The president assured locals that federal funding would be available.

"We’ve had a lot of help from Congress, in all fairness," Trump said. "We’re ready and they are ready to do whatever we have to do to make this perfect, and unfortunately that means the money will be a lot, but it will come as fast as you need, but to take care of everybody."

Trump said federal resources would be there "100 percent."

"We’re getting all teed up for a lot of money to come down to the area. You’re going to need it. We have it, and we will be supplying it," the president said. "There will be nothing left undone. You will have everything you need…going to be probably a rough two weeks and then it’ll get a little bit softer."

Trump added: "People don’t realize how a very difficult phase is beginning, even with the beautiful sunshine." 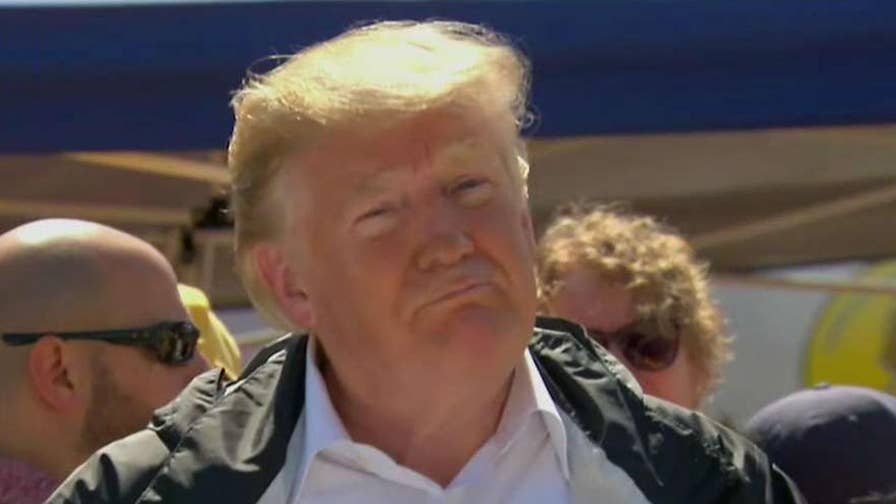 Following the briefing in Cherry Point, the president’s motorcade traveled to the city of New Bern, where he visited Temple Church, a Baptist church serving as a distribution center. Trump was greeted by the local pastor.

The church was stocked with 1,200 meals for locals in need. The president helped volunteers distribute the meals.

The president then toured a neighborhood in New Bern, telling locals that the government was "going to be here with you, you know that, we’re with you already, we’ll get it fixed up."

Later Wednesday afternoon, the president arrived in South Carolina, where he went on a walking tour of hurricane damage in Conway, near Myrtle Beach.

Trump greeted some residents and told them things are "going to be OK," while other residents thanked him for coming. He also attended a briefing with officials, which was joined by Graham and Scott.

At a second briefing with emergency officials in Horry County, S.C., Trump warned that "over the next couple of days, it’s going to get rough in South Carolina."

"You’re going to have a rebuilding process and we are behind you from day one," the president added. "Washington is with you, Trump is with you, we are all with you 100 percent and we’ll get through it."

In South Carolina, two women died on Tuesday after a van was overtaken by rising floodwaters.

According to the White House, 20,000 federal employees have been mobilized to assist with Florence recovery, with FEMA conducting more than 2,000 rescues in the region, and sheltering 15,000 people.

Federal authorities have been working with private partners as well, including the American Red Cross.

White House Press Secretary Sarah Sanders told reporters that the president "wanted to see the areas that were hit the hardest and most impacted by flooding," adding that he also wanted to make sure to meet with people in those areas.