Home » Politics » Tucker Carlson: A Biden victory would usher in the Age of Oligarchy

Editor's Note: This article is adapted from Tucker Carlson's opening commentary on the Nov. 6, 2020 edition of "Tucker Carlson Tonight"

Who exactly is Joe Biden, the man who may be our president come Jan. 20? The truth is, as of right now, we don't really know.

We have no clue what Joe Biden actually thinks, or even if he's capable of thinking. He hasn't told us and no one's made him tell us for a full year. In fact, it's becoming clear there is no Joe Biden. The man you may remember from the 1980s is gone. 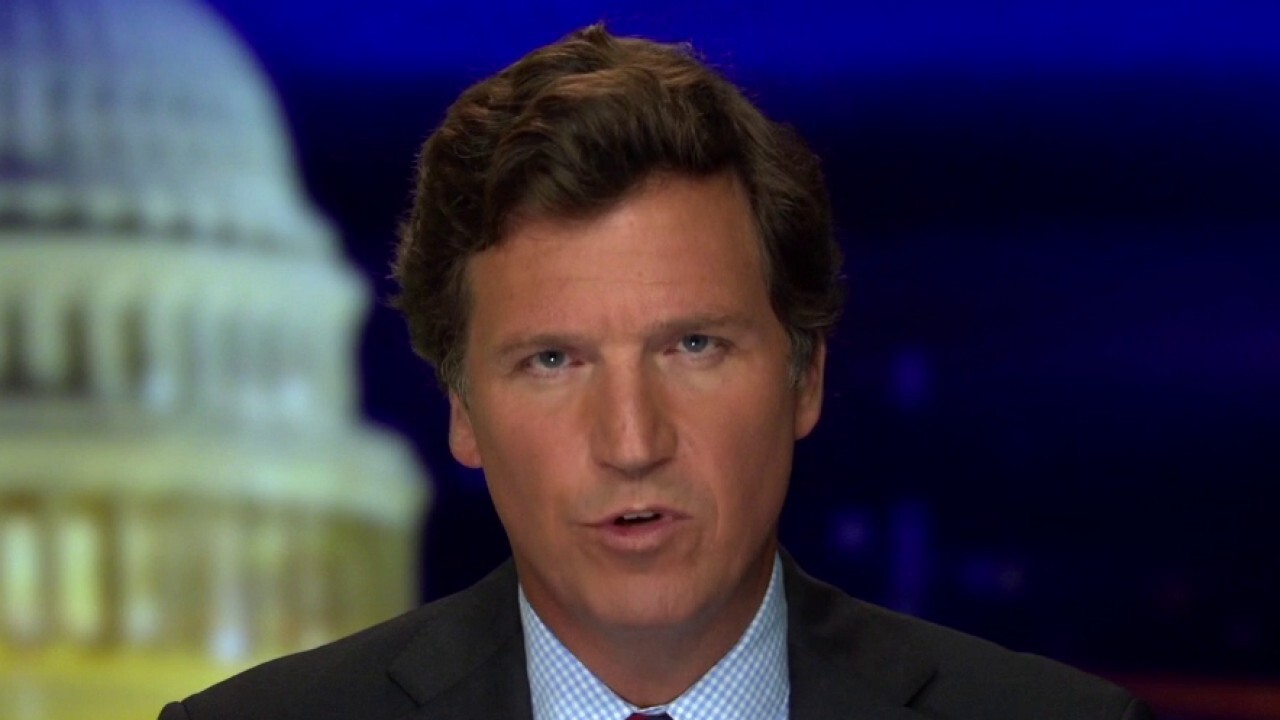 What remains is a projection of sorts, a hologram designed to mimic the behavior of a non-threatening political candidate: "Relax, Joe Biden's here. He smiles a lot. Everything's fine." That's the message from the vapor candidate.

So who's running the projector here? Well, the first thing you should know is that the people behind Joe Biden aren't liberals. We've often incorrectly called them that. A liberal believes in the right of all Americans to speak freely, to make a living, to worship their God, to defend their own families, and to do all of that regardless of what political party they belong to or what race they happen to be born into or how far from midtown Manhattan they currently live.

A liberal believes in universal principles, fairly applied. And the funny thing is, all of that describes most of the 70 million people who just voted for Donald Trump this week. Most of them don't want to hurt or control anyone. They have no interest in silencing the opposition on Facebook or anywhere else. They just want to live their lives in the country they were born in, and it doesn't seem like a lot to ask. So by any traditional definition, they are liberal.

However, our language has become so politicized and so distorted that you would never know it. What you do know for certain is that the people behind Joe Biden are not like that at all. They don't believe in dissent. "You think one thing? I think another. That's OK." No, that's not them at all. They demand obedience to diversity, which is to say, legitimate differences between people is the last thing they want. These people seek absolute sameness, total uniformity. You're happy with your corner coffee shop? They want to make you drink Starbucks every day from now until forever, no matter how it tastes. That's the future.

Now, if these seem like corporate values to you, then you're catching on to what's happening. The Joe Biden for President campaign is a purely corporate enterprise. It's the first one in American history to come this close to the presidency. If a multinational corporation decided to create a presidential candidate, he would be a former credit card shill from Wilmington, Del., and that's exactly what they got. What's good for Google is good for the Biden campaign and vice versa. We have never seen a more soulless project. They literally picked Kamala Harris as Biden's running mate, someone who can't even pronounce her own name. Not that it matters, because it's purely an advertising gimmick.

We watched all of this come together in real time. We stood slack-jawed in total disbelief as a man with no discernible constituency of any kind rose to the very top of our political system, as if by magic. It's possible in the end that Joe Biden himself never convinced a single voter of anything over the entire duration of the presidential campaign, but he didn't have to. Joe Biden won the Democratic nomination because he wasn't Bernie Sanders. He came to where he is today because he isn't Donald Trump. It's the shortest political story ever written.

Now, whatever you may think of Donald Trump and Bernie Sanders, they did it the traditional way. Each one of them had the support of actual voters. Living, breathing people loved them, believed in them, vested their hope in them, and, by the way, agreed with their ideas, which they articulated clearly. But corporate America hated them both. They couldn't be controlled, particularly Donald Trump, whose complete unwillingness to submit made him the greatest possible threat. That's why they hate Donald Trump, because he won't obey.

It's insulting to say that Joseph R. Biden won this election, if that is what comes to pass. The tech companies will have won. The big banks will have won. The government of China, the media establishment, the permanent bureaucracy, the billionaire class – they will have won, and not in the way that democracy promises. If a single person equaled a single vote, a coalition like that could never win anything. There aren't enough of them.

But as a group, they have something that Donald Trump's voters sadly do not have, and that is power. They have lots of power and they plan to wield that power, whether you like it or not. It's all starting to look a lot like oligarchy at this point. The people who believe they should have been in charge all along now may actually be in charge.

So what does that mean for the rest of us? Will corporate America declare victory and back off? Can we speak freely again? Will they take the boot from our necks? Can we have America back now that the Great Orange Emergency has passed? Well, the mandatory lying orders finally be lifted?

Those are the questions we'll be paying attention to, since we plan to stay in this country. And one other thing while we're at it, who's excited to greet our new corporate overlords? Who plans to collaborate, particularly of those on the right side, the Republican side, the side that said it was defending you? Who's happy about all of this? That seems worth keeping track of, just so we know who we're dealing with here.