A few days ago, the Wall Street Journal held an event called the “Tech Health Conference.” During the event, one reporter had a question for the head of Google’s “Health Division,” a man called David Feinberg.

Why, the reporter asked, was Google censoring searches for information about the possibility that COVID had escaped from a laboratory in China? Feinberg began by admitting the premise of the question. Yes, Google was in fact hiding information from its users, he effectively conceded. But it was for their own good. According to Feinberg, Google didn’t want to, “lead people down pathways that we would find to be not authoritative information.”  Authoritative information. You’ve heard that phrase a lot in the last year, and phrases like it. “Authoritative information” is the opposite of “misinformation” — or worse, a “conspiracy theory.”

It’s really important. All you’re allowed to see is authoritative information. So it’s worth knowing in this and many other cases, what is it? And where exactly did Google get its so-called “authoritative information.” In this case, it came from a group led by a noted man of science called Peter Daszak. If the name sounds familiar, Peter Daszak is the person who almost single-handedly stopped virtually all public speculation about the lab leak early in the pandemic. Daszak did this in one swoop by organizing a letter to The Lancet — one of the top scientific publications — stating as fact that there was no possibility the coronavirus could have come from the lab in Wuhan. No chance. Many people believed him and they stopped looking. It was in The Lancet, after all. Almost no one asked why Peter Daszak might be saying this.

We now know the answer: Peter Daszak himself was funding research on bat coronaviruses in Wuhan, using U.S. taxpayer dollars, supplied by Tony Fauci. According to one grant Fauci approved, Daszak was authorized to conduct quote, “virus infection experiments across a range of cell cultures from different species and humanized mice.”

Why humanized mice? Well, because they mimic humans. Daszak and his collaborators wanted to make viruses more infectious to people. He didn’t hide this. In December 2019, Daszak appeared on a podcast on YouTube — which is owned by Google — to brag about how easy it is to manipulate bat coronaviruses.

PETER DASZAK: Coronavirus is a pretty good – I mean you’re a virologist, you know this stuff. You can manipulate them in the lab pretty easily. It’s spike protein, spike protein drives a lot of what happens with the coronavirus, zoonotic risk. So you can get the sequence, build the protein. And we worked with Ralph Baric at UNC to do this. Insert into a backbone of another virus and then do some work in the lab.

So really, in one of the great head-hitting in recent history, we learn that the guy directly tied to bat virus experiments in the lab in Wuhan was the same guy telling the entire world that there was no possibility this virus could have come from the Wuhan lab. Conflict of interest, anyone? It’s absurd. It’s beyond belief. What’s amazing is Google knew it. The evidence was right there on one of its platforms — YouTube, which it owns.

So why did Google continue to rely on Peter Daszak, of all people on earth, to decide what the world could know about the origins of COVID? That’s the question. Tonight, we know why. It turns out Tony Fauci wasn’t the only one funding Peter Daszak’s research on bat viruses. Google was funding that research, too. It sounds unlikely, but we know it.

We know this from a new piece in the National Pulse, which just published the evidence. Here’s the evidence: Peter Daszak admitted it in print. We don’t need to speculate, it’s right there. Beginning in 2010, several of Daszak’s research papers explicitly acknowledge that they were funded by Google. One of those papers was an observational study that analyzed the transmission of viruses from bats to humans in Bangladesh.

“Proximity of bats to human populations may facilitate the transmission of viruses either through direct contact or through food-borne routes.”

A decade later, Google paid for Peter Daszak to take his studies of bat viruses to Guangdong Province, China, home of the now-famous bat caves. While there, Daszak used Google’s money to study the quote, “perceptions associated with transmission of pathogens with pandemic potential in highly exposed human populations at the animal-human interface.” 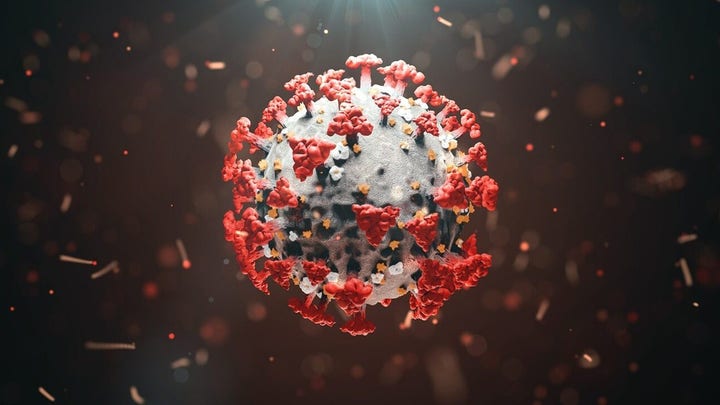 So, yes, Peter Daszak knows an awful lot about bat-borne pandemics. It seems likely he is implicated in one. Google is likely implicated in it as well. Together, Google and Daszak worked to keep critical factual information from the public, as nearly four million people around the world died from the virus. It’s a horrible story, and someday, perhaps soon, we’ll learn all of it.

But in the meantime, as we await the indictments we fervently hope are coming, the whole ugly story makes you wonder bigger things. For example, how many other dangerous, potentially world-altering experiments are going on right now, in this and other counties, funded by the secretive daisy-chain of government health agencies, and powerful NGOs? Experiments you’ve never heard of but that could change your life forever? If they can engineer bat viruses to make them more infectious, and oops, they escaped from a lab, what else are they doing? You’re not supposed to ask of course. You’ve been commanded to “trust the science,” and get back to watching Netflix. Only a Neanderthal asks questions. That’s been the arrangement in science for quite a while now. You pay for it, we do it, it’s all good. But why should that continue? Now that we know liars and moral pygmies — people like Tony Fauci, and the soulless bots at Google HQ — and running global science, maybe it’s worth being slightly more inquisitive about what’s happening in labs around the world. Why not? It could affect us.

For example, take a look at this tape. It’s from an annual conference called the “World Science Festival.” A few years ago, the conference featured a professor of bioethics and philosophy at New York University named Mathew Liao.

Liao is among the most influential bioethicists in the world — a fact that will amaze you. Liao explained that climate change can be solved with something called “human engineering.”

MATTHEW LIAO: My view is that what we need is a really robust ethical framework and within this ethical robust framework I think there’s a way going forward where we can do this ethically. But there’s actually a lot of opportunities for this to solve big world problems, one thing is climate change. Climate change is a really big problem we don’t really know how to solve it but it turns out we can use human engineering to help us address climate change.

Here’s a tip: anyone who uses the phrase “robust ethical framework” wouldn’t know ethics if they got in the shower with them. And you know that for a fact because he uses the phrase “human engineering.”

Human engineering? The name alone should make you pause. People aren’t bridge improvements. You can’t just add rebar, pour a few yards of concrete, and improve the human condition, much less the human soul. People are living beings. They’re alive. They can’t be engineered. Liao the eminent bioethicist seems unaware of this. He outlined some of his proposals in a recent paper in the Journal of “Ethics, Policy & Environment.” In that paper, Liao suggests a solution to the problem, the pressing problem, of people eating hamburgers. People like hamburgers, it turns out. How can we get people to stop eating hamburgers? Not by convincing them that hamburgers are bad. That was the old way. That’s how democracy worked. You would tell people something, if they believed they did it, if they didn’t believe you, they didn’t. But it turns out that’s too time-consuming. The new model is we just use pharmaceuticals. Your kids are getting uppity? Dope them out, and they’ll obey.  Liao proposes a nationwide system like that, a pill that would make people nauseous at the sight of red meat. Given that climate change is an “existential threat,” that’s limiting our time on earth to 20 years, or 12 years, or 6 months, or pick your exaggeration, it’s hard to imagine a pill like that would soon become mandatory. Sound like a dystopian fantasy? It’s not. Liao is deadly serious. He said so at the “World Science Festival.”

Again, says the bioethicist, “human engineering” is the answer. But wait a second, you ask. Human engineering? That’s kind of creepy. Didn’t we decide this kind of thing in Europe 80 years ago, and at the time, didn’t we agree we’re not going to do that ever again? True. But bioethicists have short memories apparently. And in any case, climate change is a pressing emergency. We don’t have time to consider the consequences of our response to this existential crisis.

So here’s an idea, said Liao at the World Science Festival: let’s fiddle with the human genome to see if we can make human children smaller than they are now. A race of dwarfs. They’d eat less, and be cheaper to transport. And that would reduce greenhouse gasses.

MATTHEW LIAO: So it turns out the larger you are, think of the lifetime of greenhouse gas emissions that are required, the energy that’s required to transport larger people rather than smaller people right. But if we are smaller just by 15cm, I did the math that about mass reduction of 25%, which is huge. And 100 years ago we’re all on average smaller, exactly about 15 cm smaller. So think of the lifetime greenhouse gas emissions if we had smaller children. So that’s something we can do.

Imagine if we had smaller children. Little tiny children. Think of how little they would emit in greenhouse gasses. Think about how easy it would be to pick them up, juggle them around, control them. All we need to do is experiment on human children. And we can solve climate change. That was at a public conference five years ago. Nobody said anything. That’s where we are. Surprised? You shouldn’t be. In fact, it’s less ghoulish than some of the things happening in labs right now. This is what science looks like when it’s been completely decoupled from wisdom, decency and Christianity. It’s a science fiction novel come to life, except it’s real. In fact, Google might be funding it right now.

This article is adapted from Tucker Carlson’s opening commentary on the June 22, 2021, edition of “Tucker Carlson Tonight.”