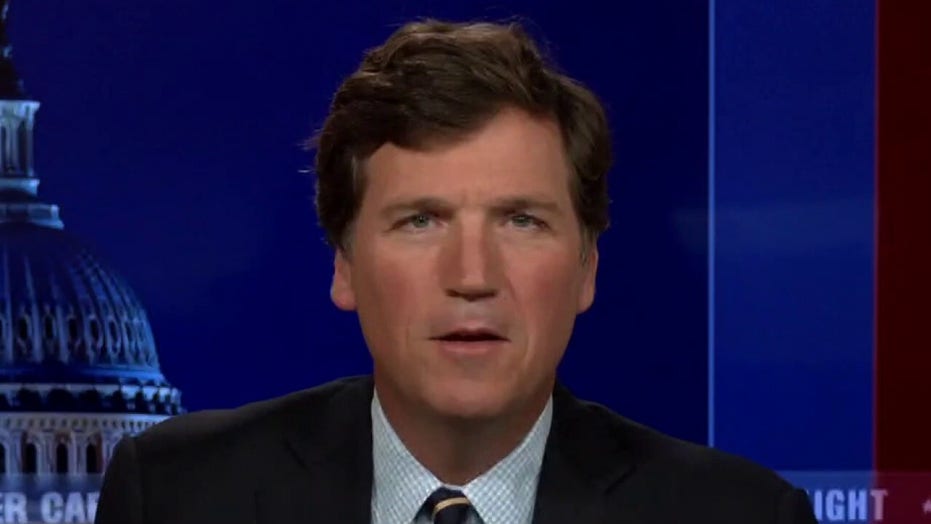 Tucker: Democrats’ claim that we’re in a ‘pandemic of the unvaccinated’ is ‘simply untrue’

‘Tucker Carlson Tonight’ host discusses the discrepancies in U.S. vaccine guidance when compared to other parts of the world

Last week a group of Texas state legislators decided to cast down their nets and follow their consciences. They left their native land on a kind of pilgrimage to find democracy. By leaving, ironically, they ended democracy in their own state. In their absence, Texas could no longer pass laws. But they believed it was worth it. They were serving a cause bigger than themselves.

So they set out on the journey of a lifetime with just the clothes on their backs. They took nothing, apart from a private jet, iPhones for selfies and regular social media updates, as well as a case of Miller Lite for sustenance. They forewent even their paper obedience masks, the ones that federal law requires the rest of us to wear when we travel by air. But not these pilgrims—they took no masks. They traveled light. They like the Viet Cong, marching 50 miles in truck tire sandals and sleeping in trees. They were only about their mission. Finally, after a grueling refueling stop at an FBO en route, they arrived in Washington as conquering heroes.

One of them, an enthusiastic if not especially bright legislator called Gene Wu, boasted that fans were all but throwing themselves at him as he arrived at National Airport. Virtue has its benefits.

The group even met with president Kamala Harris, who compared them to the civil rights marchers of old. No German Shepherds or firehoses or bridges to cross but it was a very similar vibe. You could smell the moral heroism.  And then, strangely, you couldn’t smell anything at all. A number of the pilgrims reported feeling sick and losing their olfactory sense. Uh-oh! As it turned out, at least five of them had come down with the coronavirus. Kamala Harris, who’d clearly been exposed to it, was immediately whisked away to Walter Reed Medical Center, for undisclosed but easily-guessed reasons.

For our friend Gene Wu, this was all very embarrassing. Wu had intended to dazzle Kamala Harris, not infect her with a deadly pathogen. Thankfully, Gene Wu has a philosophical streak.

“Let our mistake be the object lesson,” Wu tweeted. “All of us had been fully vaccinated since March. We got complacent because we felt safe. Being vaccinated doesn’t ALWAYS stop you from spreading the virus. ALWAYS MASK UP INDOORS!” Wu wrote the last sentence in all caps, like a scientist. Good to know. But wait. This seems like news. 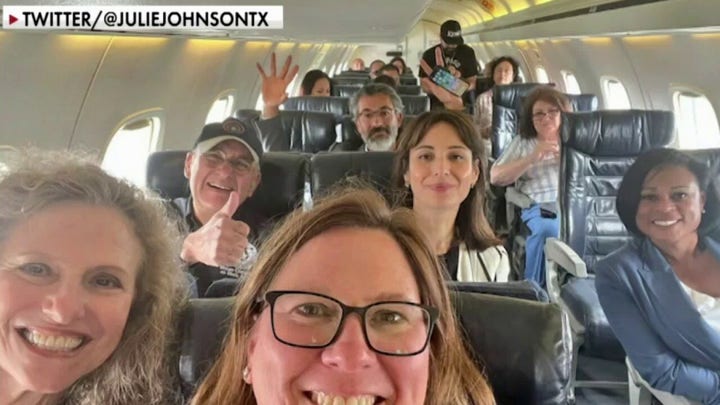 It turns out, according to Gene Wu, being vaccinated doesn’t stop you from getting or spreading COVID-19. Did you know that? Gene Wu didn’t. Just a week ago, on July 13, Wu said exactly the opposite. He explained that the pilgrims didn’t need masks because they had all been vaccinated, and the vaccine works dummy. But now it doesn’t. What’s going on, Gene Wu? Unfortunately, Dr. Wu wasn’t able to join us tonight. He’s still at the airport, meeting fans.

Instead, we have tape for you from the UK’s Chief Scientific Advisor, a man called “Sir” Patrick Vallance. This tape is from today. Gene Wu and friends should have watched it before leaving Texas. It makes you wonder how effective are these drugs anyway:

Fully 60 percent of the patients admitted to UK hospitals for severe, presumably life-threatening cases of Covid have been fully-vaccinated. That’s what he said. Several hours after he said it, Vallance sent a tweet clarifying that he meant only 40 percent of patients admitted to UK hospitals had been fully vaccinated. He did not provide evidence to substantiate anything he said.

But still. Either number, this seems like big news. The number may be small in the total aggregate but the fact that anybody is going to the hospital—particularly a big percentage of people going to the hospital—have already been vaccinated, is the opposite of what they’ve been telling us here in the United States. In the US, they’re telling us that no one who’s been fully vaccinated is fine. The only people getting dangerously sick or dying from Covid are the people who refused to get the vaccine. Joe Biden said it once again the other day:

BIDEN: Look, the only pandemic we have is among the unvaccinated and they’re killing people. 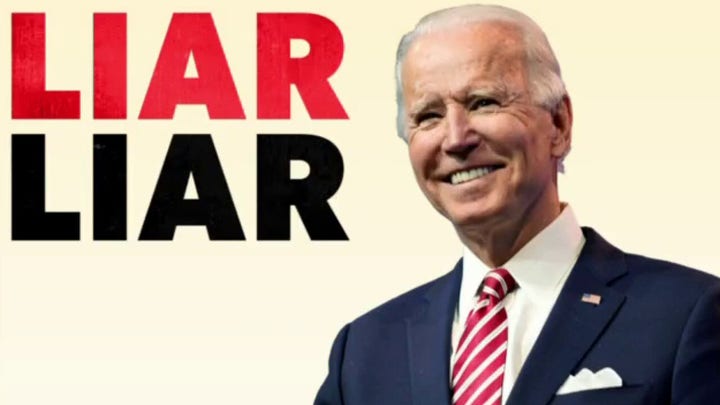 They’re killing people. This show is killing people for asking those naughty questions, we’ve heard that a lot, even from elected officials, a lot of them. Because the only people getting sick are the ones who for political reasons have refused to get the vaccines. How many times have you heard that in the past month? As they continue to politicize medicine—almost an irrecoverable point. Our CDC Director, Rochelle Walensky, has said the same thing. If you’re vaccinated, Rochelle Walensky has assured us, you’re safe. You’re not just protected from infection — you’re protected from serious illness or hospitalization, and even the lurking menace known as the Delta Variant:

WALENSKY: This is becoming a pandemic of the unvaccinated.  We are seeing outbreaks of cases in parts of the country that have low vaccination coverage because unvaccinated people are at risk.  And communities that are fully vaccinated are generally faring well. (edit) The good news is that if you are fully vaccinated, you are protected against severe COVID, hospitalization, and death, and are even protected against the known variants — including the Delta variant — circulating in the country. If you are not vaccinated, you remain at risk.  And our biggest concern is that we are going to continue to see preventable cases, hospitalizations, and, sadly, deaths among the unvaccinated.

We’re not saying there are no benefits to the vaccine—and there may be profound benefits to the vaccine—our mind is open and has been from the first day. We’ve never encouraged anyone to take or not to take the vaccine, obviously, we’re not doctors. But we know lying when we see it and you just saw it. To say it in unison—and they’re all saying it—that this is a pandemic of the unvaccinated is simply untrue, that’s a lie. There is a massive discrepancy between that political talking point which is exactly what it is and what the data in other countries are actually showing. Somebody needs to explain it, tell us the truth, we can handle it.

What is going on with the government’s own VAERS database—the vaccine harm database we are required to ignore but the Biden team maintains anyway but the numbers are bad anyway. Who knows? Nobody will say. As of tonight, the VAERS database reports more than a thousand cases of heart inflammation in people 30 and under who have taken the vaccine. Is that a big deal? Is it not? How are those people doing? 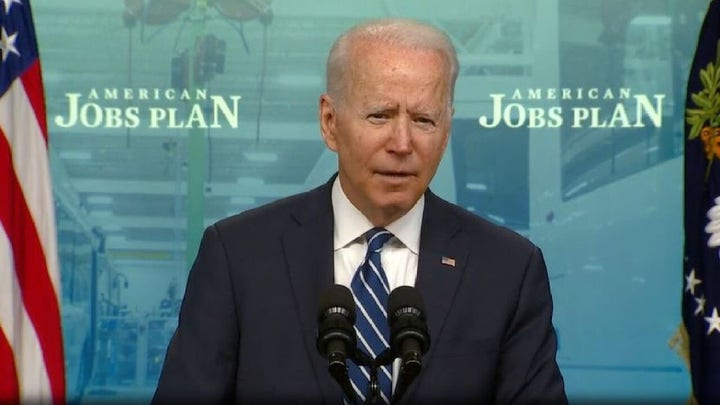 As of this week, the CDC and FDA say they have confirmed more than 600 reports of heart inflammation and swelling, and that number is all but certain to rise. What’s the context for those numbers? Is that a full count? Is it an undercount? Why isn’t anyone trying to find out? How come no one in the federal government is working to transparently complete a full assessment of all vaccine side effects and tell the public? Is there some reason people who are being compelled and there are millions being compelled to take the vaccine shouldn’t know that? Shut up, say the dummies on TV. The only people who are still getting COVID are right-wingers—Fox News viewers—who won’t follow instructions:

CARL CAMERON ON CNN: Just last week, new infections went up 70 percent. And according to the CDC, excuse me the NIH, which oversees the CDC, it is absolutely 99.5 percent of those infections are people who haven’t gotten vaccinated. I mean, come on. Anybody who disputes that sort of stuff is putting people’s lives at risk and potentially killing ‘em.

Maybe when you know too much it’s hard to take medical advice from that person. But there are a lot of those kind of people giving you medical advice on television. And you should ignore them. The advice they are giving you isn’t designed to help you it’s to make you comply mindlessly. You’re an American adult. You’re allowed to ask simple questions and demand clear answers. That’s why we live here. That’s your birthright. For example, schools across the country are forcing children to take the vaccine as a condition of their education. Is this a good idea, rooted in science? We should know the answer to that, why wouldn’t we know the answer to that? Before we can answer that, we should know how many young people are dying from COVID. So let’s go to the CDC website. According to the C.D.C., a total of 335 Americans under the age of 18 have died from the coronavirus in this country. That’s the number. But what does that number mean exactly? The CDC didn’t provide any specific information on the circumstances of those deaths—and the circumstances can be all-important. So researchers at John’s Hopkins, led by Doctor Marty Makary, looked more closely at those numbers and what they actually meant.

They found, quote, a “mortality rate of zero among children without a pre-existing medical condition such as leukemia.”

Leukemia is a very serious, underlying medical condition. So does that mean that no one under 18 without a serious underlying medical condition died from COVID? It seems that way. So is it, as a matter of science and public policy, is it necessary to force every child — including the millions without pre-existing conditions — to wear masks all day? What about adults who have had COVID—there are millions of those? The Johns Hopkins researchers found that the CDC is barely doing anything to answer that question. The CDC’s reports on rates of natural immunity and what that immunity means and whether people who have had it should get the vaccine or benefit from it or need it, Makary’s team noted, that that guidance is “outdated.” Outdated! Really? A year and a half into this pandemic.

These are relevant and vital questions. They are hardly the denial of anything—they are the opposite. They are a search for truth. An open-minded one, a relentless one that will not be shamed into silence. That’s what science is. We shouldn’t allow ourselves to be bullied by political forces into ignoring obvious questions.

This article is adapted from Tucker Carlson’s opening commentary on the July 19, 2021, edition of “Tucker Carlson Tonight.”