Canadian Prime Minister Justin Trudeau on Wednesday played down a video of him discussing United States President Donald Trump with other world leaders attending a NATO summit in London, saying that he had been surprised but happy with events at a bilateral meeting earlier in the day.

Trump called Trudeau “two-faced” after a video surfaced of Trudeau talking with other world leaders about Trump’s team’s jaws dropping “to the floor” during an impromptu news conference with the two leaders.

“Is that why you were late?” Johnson asked Macron.

Other words were exchanged but could not be heard, before Trudeau added with a chuckle: “I just watched his team’s jaws drop to the floor.”

Asked on Wednesday if he had heard Trudeau’s remarks about him, Trump said: “He’s two-faced.”

Trump suggested Trudeau was upset that he had broached the fact that Canada had fallen short of the NATO target of spending 2 percent of its gross domestic product on defence.

“I find him to be a very nice guy but you know the truth is that I called him out over the fact that he’s not paying 2 percent and I can see he’s not very happy about it,” Trump said at a news conference alongside German Chancellor Angela Merkel.

Trump later appeared to make light of his own remarks about Trudeau.

“That was funny when I said the guy’s two-faced,” the president was caught saying on an audio clip following a lunch with some of the NATO leaders. He had cancelled his final scheduled news conference on Wednesday, saying he would return to Washington, DC earlier than expected.

Trudeau in a later news conference played down the incident, saying he and Trump had enjoyed a great meeting and that the jaw-dropping comment was a reference to the announcement of the location of the next meeting of G7 leaders at the US presidential retreat, Camp David.

“Last night I made a reference to the fact there was an unscheduled press conference before my meeting with President Trump, I was happy to take part in it but it was certainly notable,” Trudeau said, asked whether he had apologised to Trump for the comment.

“We were all surprised and I think pleased to learn that the next G7 will be at Camp David, I think that was an unscheduled announcement and … I think every different leader has teams who every now and then their jaws drop at unscheduled surprises, like that video itself for example,” Trudeau said. 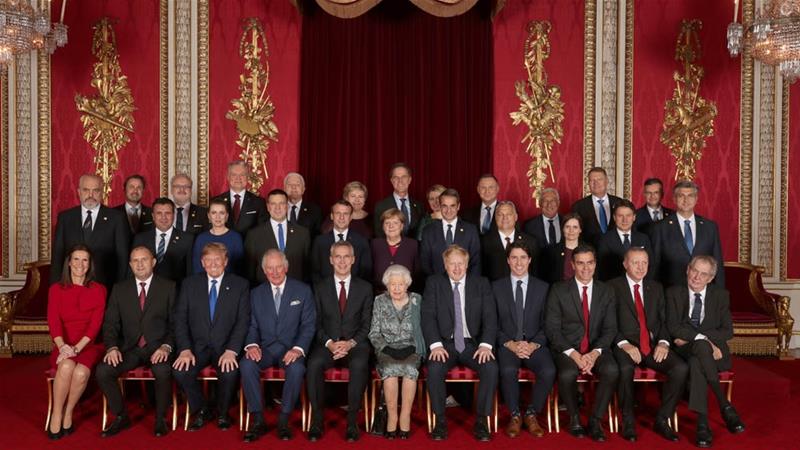