The Biden administration plans to make good on a promise to donate $4 billion, while the pharmaceutical company Novavax pledged to donate 1.1 billion doses of its vaccine. 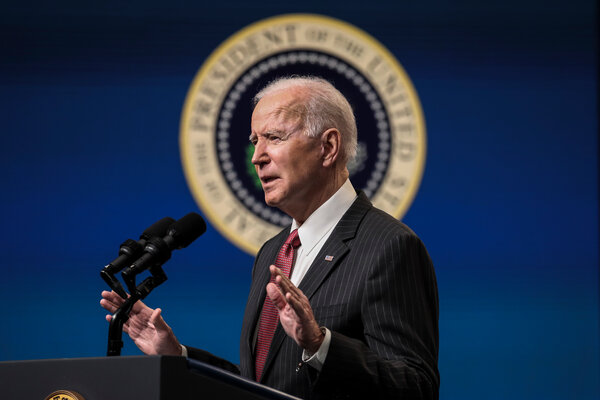 WASHINGTON — An international effort to expedite the manufacturing and distribution of coronavirus vaccines around the globe got a lift on Thursday on two fronts: White House officials said the Biden administration would make good on a U.S. promise to donate $4 billion to the campaign over two years, and the pharmaceutical company Novavax pledged to eventually donate 1.1 billion doses of its vaccine.

President Biden will make his announcement on Friday during a virtual meeting with other leaders from the Group of 7, where he is also expected to call on other countries to step up their contributions. The $4 billion was approved last year by a Democratic-led House and Republican led-Senate when President Donald J. Trump was in office.

Public health experts often say that unless everyone is vaccinated, it is as if no one is vaccinated. One of the officials, who spoke anonymously to preview the president’s announcement, said it was also in the interest of international security for the United States to help with efforts abroad to diminish the effects of the pandemic.