The dispute has only exacerbated the tensions caused by post-Brexit disagreements, it has been suggested. Speaking on BBC Newsnight, the broadcaster’s political editor, Nicholas Watt, discussed the matter.

Mr Watt said: “Relations between the UK and the EU are bad and they are only going to get worse as a result of this row over vaccines.”

Last week, Charles Michel, the European Council president, claimed that the UK had imposed an “outright ban” on vaccine exports, although this was completely dismissed by the Government.

Mr Watt said: “They’re not saying that anymore – but they are saying that they think this promise that Astrazeneca vaccines would come from the UK to the EU is not happening.”

Claims over the potential ban were raised due to the EU’s struggle to accelerate their own vaccination programmes, commentators suggest. 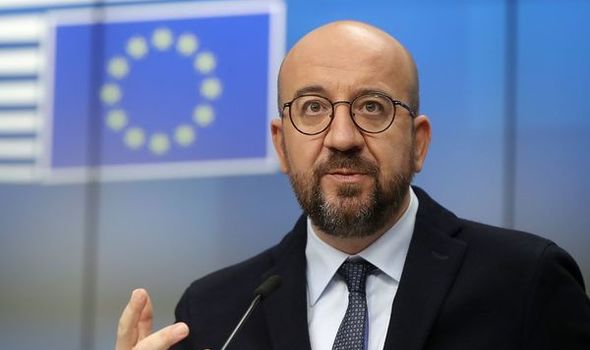 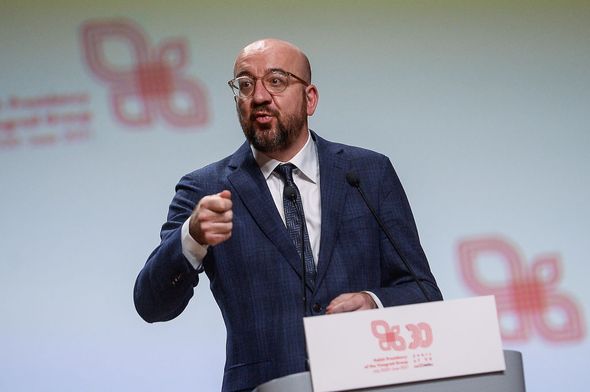 Speaking about where vaccines are exported, Mr Watt added: “They do like to point out that a third of the vaccine doses administered in this country so far did come from the EU.”

Ursula von der Leyen, President of the European Commission said that of the 41 million vaccination doses exported from the EU, more than 10 million have gone to the UK.

Although there is no export ban, there is no public information on vaccine exports from the UK.

In light of this, the EU Council President challenged the UK to release its vaccine export data. 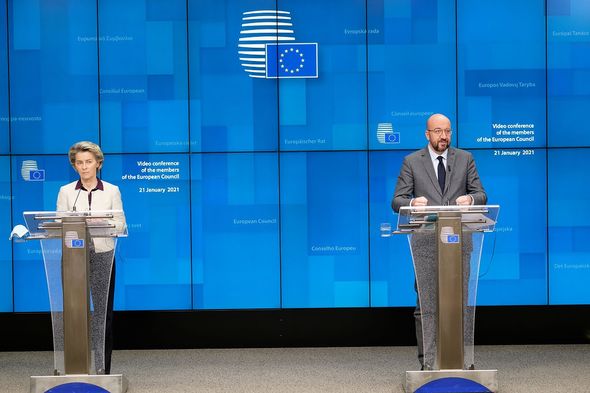 Mr Watt said: “The UK view is ‘We have broken no commitments’.

“You can’t blame the UK, which is a fraction of the size of the EU, for reaping the benefit from decisions it made eight months ago, and the EU was much more delayed.”

Speaking to the House of Commons on March 8, Prime Minister Boris Johnson said: “Let me be clear, we have not blocked the export of a single Covid-19 vaccine or vaccine components.”

Mr Watt continued, saying the UK “has developed a vaccine that is being sold at cost price during the pandemic, cost price to the developing world, forever, and the UK Government put a lot of resources behind that.” 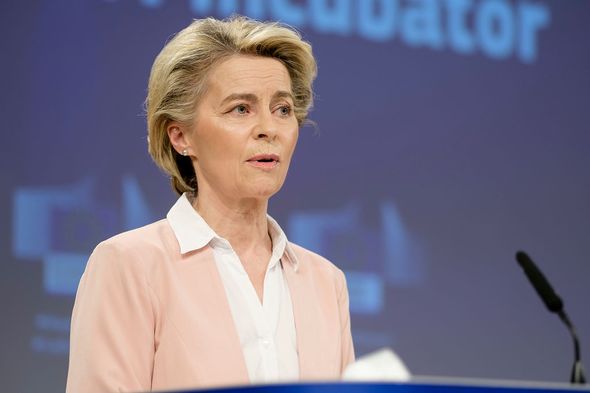 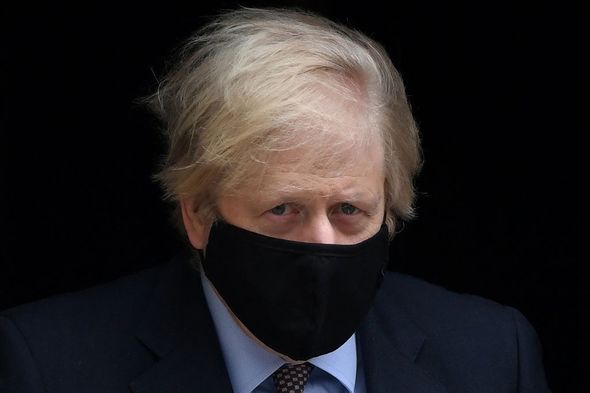 Current vaccination numbers in the UK passed 25 million on Tuesday, with half of all adults across the country expecting to receive a jab by the end of the week.