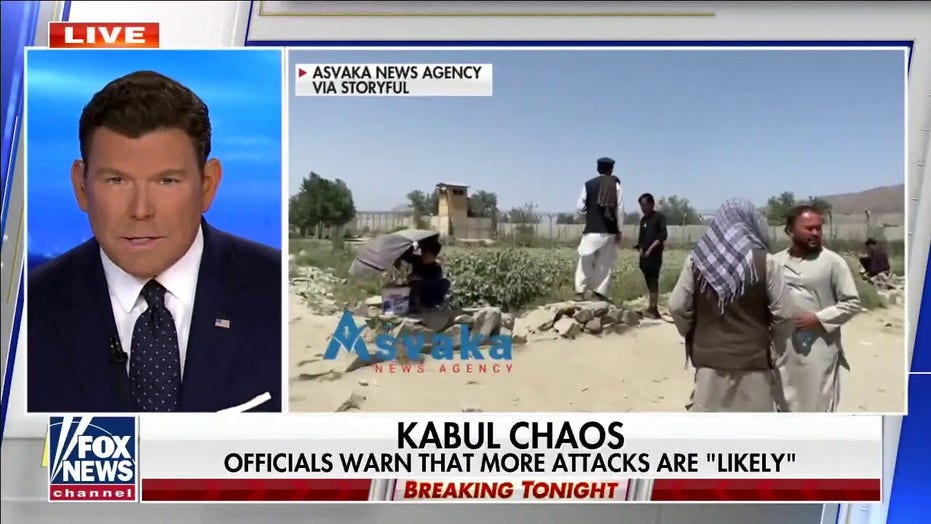 National security correspondent Jennifer Griffin has the latest on the security threats in Kabul following the attack that killed U.S. Marines on ‘Special Report.’

The U.S. Embassy in Kabul issued a second alert to Americans on Friday, advising them not to travel to the airport and to avoid airport gates due to “security threats” in Afghanistan.

“Because of security threats at the Kabul airport, we continue to advise U.S. citizens to avoid traveling to the airport and to avoid airport gates,” the embassy wrote in the alert, which seemingly mirrored the first one.

The embassy also included “actions to take” in the alert, which recommended that Americans in Afghanistan be “aware of your surroundings at all times, especially in large crowds” and “follow the instructions of local authorities including movement restrictions related to curfews.”

Earlier this week, the U.S. Embassy in Kabul issued a similar warning to Americans in Afghanistan who were desperately trying to flee the country, telling them to “avoid airport gates at this time unless you receive individual instructions from a U.S. government representative to do so.”

The second alert from the embassy comes amid ongoing evacuation efforts in Afghanistan, and a day after an ISIS-claimed explosion left 13 U.S. service members dead and several wounded.

State Department spokesperson Ned Price said Friday that America has “brought to safety, with our partners, more than 100,000 individuals.” Price also declined to comment or provide an estimate of how many hopeful people wishing to flee would be left in Afghanistan after the Aug. 31 withdrawal date.

“It’s a difficult question because look, we have evacuated more than 110,000 people so far,” Price said. “But we have always sought to be clear about this, and sought not to sugarcoat what will be a time of great uncertainty, a time of great fear, a time of concern for many Afghans.”