Home » Politics » Vaccine row: UK will NOT hand over any jabs to EU until own targets met – No10 insider

The UK has promised to help the bloc out after its botched vaccination plan left it struggling to secure jabs and sparked a political crisis. Boris Johnson has not ruled out giving Brussels some doses before all British adults have received the jab, which is expected to be by autumn. But sources said the government will only consider giving surplus doses to the EU once it has inoculated everyone over 50.

Ministers will then look at vaccine supplies before making a decision on whether to share its stocks.

Downing Street said its priority is vaccinating vulnerable Britons as quickly as possible.

The Prime Minister’s official spokesman said it was too soon to say when “surplus” vaccine doses could be donated to other countries.

He said AstraZeneca has been clear that it is committed to delivering two million doses a week to the UK. 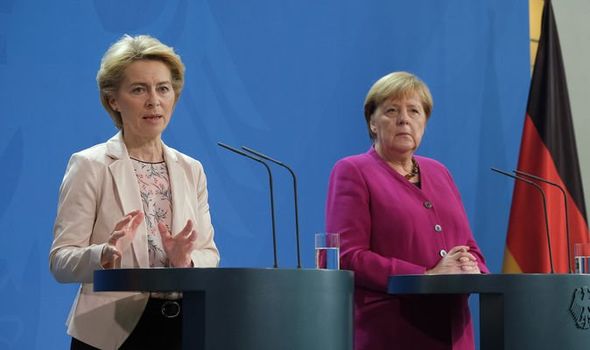 “We will ensure we get those out to as many people as we can as quickly as we can,” the spokesman said.

The EU attracted international criticism after it slapped an export ban on vaccines produced in the bloc and made a short-lived attempt to impose a hard Irish border.

It attempted to snatch UK jabs in a public row with pharmaceuticals firm AstraZeneca. 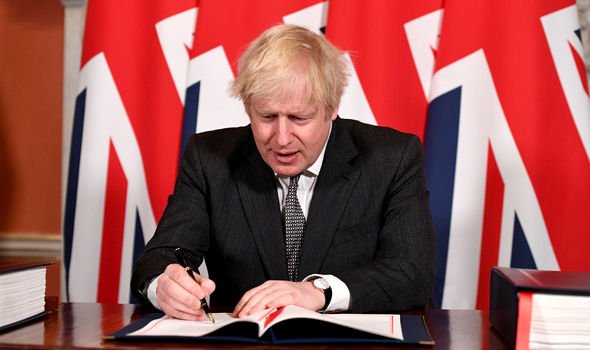 The German eurocrat is expected to hold crisis talks with political leaders in the European Parliament this week in a bid to save her job.

They have demanded Mrs von der Leyen attend an emergency plenary session to explain how she plans to get the EU’s vaccine scheme back on track.

And the Daily Express has learnt parliamentary officials are already exploring avenues to force a vote on the disgraced EU leader’s future.

Conservative MEP Cristian Terhes accused Mrs von der Leyen of “over promising and under delivering” on her pledge to secure enough doses of Covid jabs for the bloc.

The Romanian added: “She must resign before she does any more damage to EU solidarity and puts the lives of Europeans in danger.

“Surely the European Parliament can see that this minister who failed in Germany is over-promoted and out of the touch with the reality as Commission head.

“Her temporary imposition of a vaccine blockade on Northern Ireland was the last straw.” 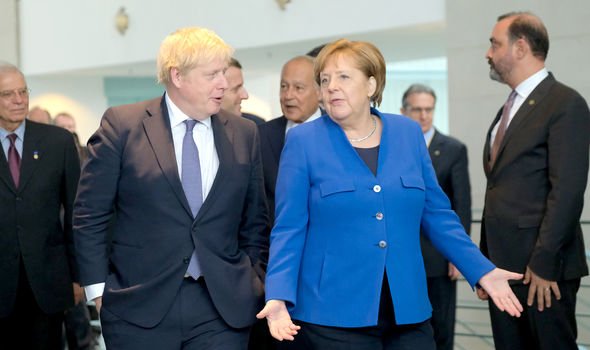 Britain has raced ahead of the EU administering almost 9.5 million jabs to date, at a rate of 14.17 doses per 100 people.

In contract France is lagging behind, dishing out just 1.5 million vaccines at a rate of just 2.3.

German MEP Nicolaus Fest said the vaccination “fiasco” has left the EU’s reputation on the international stage “in tatters”.

He said there is no option left for Ms von der Leyen “but to resign”.

“Her decision to introduce controls on vaccines to Northern Ireland – only to reverse this decision hours later – was undiplomatic and hypocritical after years of berating the UK for pursuing a hard border,” he added.