(CNN)The Nobel Peace Prize has been awarded to journalists Maria Ressa and Dmitry Muratov for their efforts to safeguard freedom of expression in the Philippines and Russia.

Ressa is the CEO of Rappler, a news outlet critical of Philippine President Rodrigo Duterte’s regime, while Muratov heads the independent Russian newspaper Novaya Gazeta.
“Free, independent and fact-based journalism serves to protect against abuse of power, lies and war propaganda,” Berit Reiss-Andersen, chair of the Norwegian Nobel Committee, said as she announced the prize in Oslo on Friday.

She said the committee’s choice “is intended to underscore the importance of protecting and defending these fundamental rights.”

Ressa, a former CNN bureau chief and TIME Person of the Year, has been engulfed in legal battles in recent years and says she has been targeted because of her news site’s critical reports on Duterte. 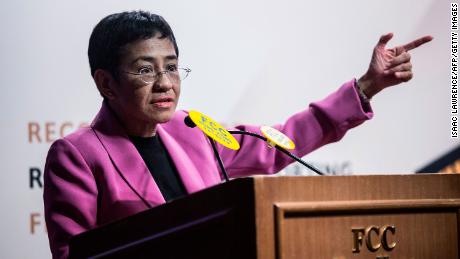 “We need to sound the alert to every person in a democracy,” Ressa told CNN in 2019 on her fight for freedom of expression. “These freedoms are being eroded in front of our eyes … If you don’t have facts, you can’t have truth.”
Ressa becomes the first woman to be awarded a Nobel Prize this year. The awards in medicine, physics, chemistry and literature were given out earlier this week.
Muratov co-founded Novaya Gazeta in 1993 and has been its editor-in-chief since 1995. Six staff members at the independent newspaper have been killed since that time, the committee said.
“The newspaper’s fact-based journalism and professional integrity have made it an important source of information on censurable aspects of Russian society rarely mentioned by other media,” it said.
The committee added that Muratov has “consistently defended the right of journalists to write anything they want about whatever they want, as long as they comply with the professional and ethical standards of journalism.” 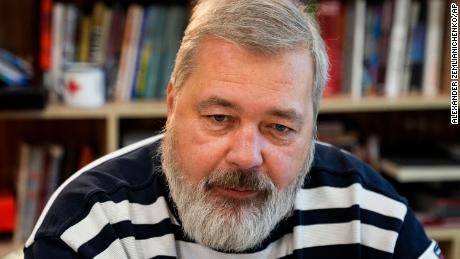 “I am in shock,” Ressa said during a live broadcast by Rappler on Friday, according to Reuters. On Thursday, a day before she won the prize, Ressa spoke to CNN about next year’s Philippine elections. “I have covered this country since 1986, I’ve never been the news but the only reason I’ve become the news is because I refuse to be stamped down, I refuse to stop doing my job the way I should,” she said.
Ressa added that while she was at CNN, she “had enough of a network to be able to fight back” against threats to freedom of expression. “I’m not fighting against the Duterte administration, I’m fighting for my rights. I’m still idealistic,” she said.

The Norwegian Nobel Committee’s decision to recognize two journalists comes as countries around the world roll back the rights of reporters.
Media watchdog Reporters Without Borders, themselves considered a contender for the prize, said in its most recent Press Freedom Index that journalism “is totally blocked or seriously impeded in 73 countries and constrained in 59 others.”
Last year the organization told CNN that had a free press been allowed in China, the world would have known about the coronavirus outbreak far earlier and the virus may not have been allowed to spiral into a global pandemic. 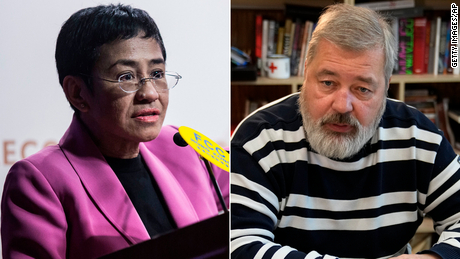 “Freedom of expression and freedom of information help to ensure an informed public,” Reiss-Andersen said during Friday’s ceremony. “These rights are crucial prerequisites for democracy and protect against war and conflict.”