Hardline Europe minister Clement Beaune accused Britain of being in breach of the Brexit trade deal and insisted Paris would not be intimidated into dropping its allegations. He said: “We won’t be intimidated by these manoeuvres.” Mr Beaune, a close ally of President Emmanuel Macron, was speaking during a protest by furious French fishermen close to Jersey’s main port.

The trawlermen are angry at being slapped with post-Brexit restrictions on their access to the Channel island’s coastal waters.

“Our wish is not to have tensions, but to have a quick and full application of the deal,” Mr Beaune told the AFP news agency. 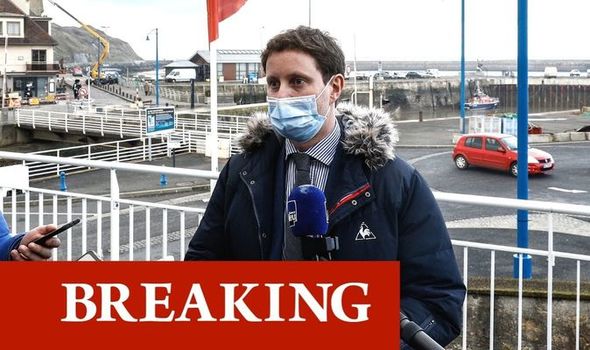 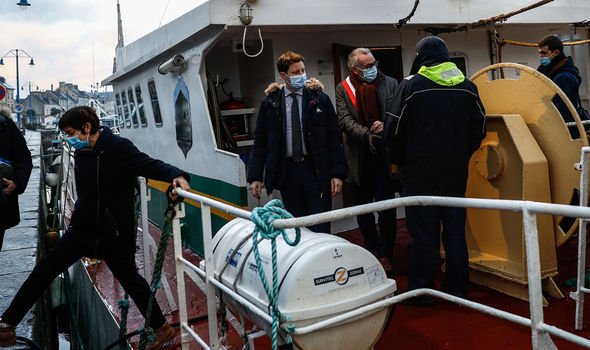 He added: “We’re working nonstop with the European Commission and British authorities.”

France has also dispatched its own gunboat to the region to monitor the demonstration.

The row has blown up after Jersey was asked to give licences to 41 French vessels to fish off the isle’s coastline.

But its government has claimed 17 had been unable to prove they had historical links to the fishing grounds as required under the Brexit deal. 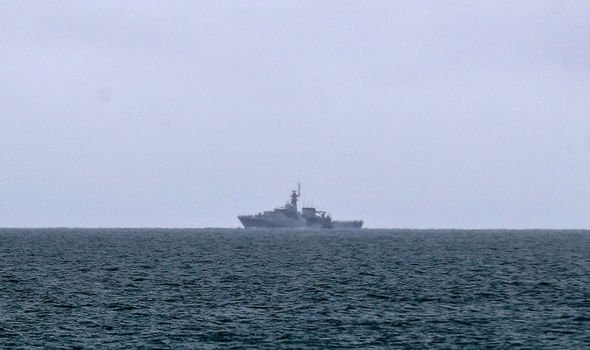 It has also placed restrictions on how long some of the boats could fish in Jersey waters as well as the type of equipment they could use.

This provoked the furious response from trawlermen based out of Normandy and Breton.

Dozens of French vessels swarmed Jersey’s main port, some letting off flares and other fireworks.

HMS Severn and HMS Tamar were deployed to keep watch over around 60 vessels carrying unruly French fishermen threatening to blockade the port. 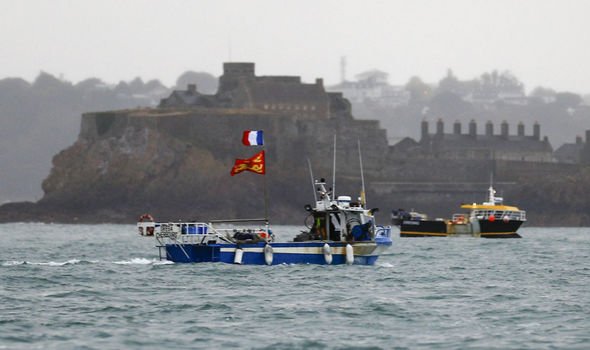 Josh Dearing, 28, a Jersey fishermen, said it was “like an invasion”.

He added: “The French being the French, they don’t mess around. They can blockade their own harbours — they wouldn’t think twice about coming and doing it to us.

“There were probably about 60 boats. There were a few handheld flares and smoke flares going off and apparently a few maybe bangers and stuff going off from the French.

“It was quite a sight. It was impressive, I looked from the shore this morning and it was just like a sea of red lights and flares already going off at sea. It was like an invasion.”

Under the post-Brexit rules, EU vessels are required to secure licences to operate in the waters off the coast of the Channel island.

EU officials have thrown their weight behind France’s threat to plunge the isle into darkness by cutting its power supply.

A Commission spokeswoman said: “Any addition of new specific conditions to these fishing authorisations that limit EU fishing activities in UK waters must comply with the objectives and principles set out in the TCA, which are based on clear scientific rationale. Any such conditions must also be non-discriminatory between UK and EU vessels.”

“The Commission has clearly indicated to the UK that the provisions of the EU-UK TCA have not been respected. Until the UK authorities provide further justifications on the new conditions, these new conditions should not apply. The Commission remains in close contact with France and the UK on the matter.”