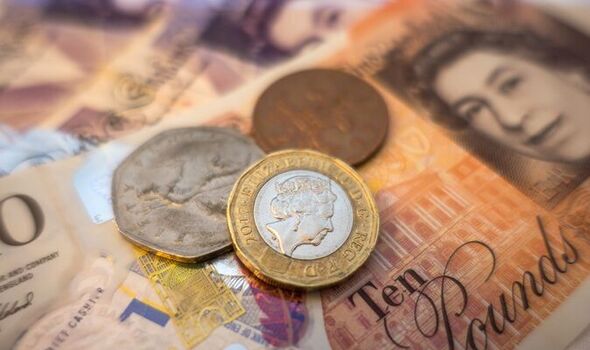 Central government departments and their quangos disclosed they wrote off a whopping £4.4billion in taxpayer cash for the 2020-21 financial year. This was more than double the £1.7billion recorded in the previous year. The biggest losses were at the Department for Business, Energy and Industrial Strategy where £1.9billion was wasted, including £1.1billion in business handouts made during the pandemic, which officials believe went into the pockets of fraudsters.

Meanwhile, officials at the Department of Health and Social Care admitted it lost £1.1billion, mainly due to blunders over PPE procurement. Some £673million worth of PPE arrived in the UK that was not fit for purpose, while another £1.2million was lost on the School Fruit and Vegetable Scheme where the department had agreed deliveries but schools were mainly closed.

The bonfire of cash written off also included £222million in overpayments to benefit claimants by the DWP, blunders involving projects that never got off the ground and money paid to firms that then went bust.

At the Cabinet Office there was £143million squandered on an abortive Ventilator Challenge Programme, which attempted to increase production of the devices for ICUs during the worst months of the pandemic.

Over at the Department for Transport there was £35million written off for people who did not pay the fee or their fine for using the Dartford Crossing. It also lost another £31million in an investment made by Network Rail into a firm that had planned to operate a click and collect service at railway stations.

Among losses at the Home Office was £8.6million for a useless mountain of passports when they were changed to their current blue covers.

Officials at Priti Patel’s department revealed it paid out £25.7million to victims of the Windrush compensation scheme last year and £9.3million to people wrongly detained.

An ill-fated scheme to deliver food went business boxes to vulnerable people during the lockdown saw the Department for Environment, Food and Rural Affairs blow £7.9million. As people could not easily opt out of the plan, 90,000 boxes were delivered to people who didn’t want them and when the scheme ended early a compensation payment had to be paid to contractors.

And officials at the Ministry of Justice wasted a total of £98.2million on a system it decided to scrap that had been intended to keep tabs on criminals who had been tagged.

Danielle Boxall, media campaign manager at the TaxPayers’ Alliance, said: “This is an eye-watering amount and suggests a troubling lack of care with the public purse.

“In a pandemic, action must be taken quickly. But it’s still vital that ministers and officials protect taxpayers in their decision-making.

“Government must ramp up efficiencies and ensure taxpayers are getting real value for money.”