The escalating conflict comes at a moment of inflection for the United States’ approach to Israel and the Palestinians. 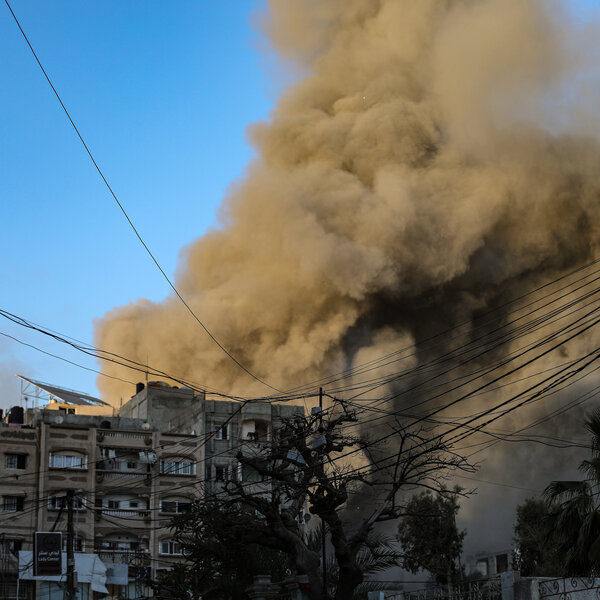 The United States deployed a top diplomat to Israel on Wednesday, in hopes of calming hostilities that have broken out between Israelis and Palestinians.

After throngs of Palestinian demonstrators took to the streets of East Jerusalem in recent days to protest Israeli settlements and the evictions of Palestinians there, particularly in the heavily Arab neighborhood of Sheikh Jarrah, a crackdown by security forces gave way to escalating violence. Hamas militants have launched rockets into Israel, and the Israeli military has carried out a series of airstrikes in the Gaza Strip. On Wednesday, it assassinated a number of Hamas commanders and hinted at moves toward a possible invasion of Gaza.

No recent U.S. president has been able to avoid confronting the tensions between Palestinians and Israelis — but President Biden has shown little interest in getting deeply involved. Wednesday’s decision to send in the U.S. envoy, Hady Amr, reflects the urgency of a difficult situation more than any burning desire by the administration to play peacekeeper.

Still, the conflict comes at a moment of inflection — not only in Israeli politics, where Benjamin Netanyahu’s future as prime minister is in doubt — but also in terms of the United States’ approach to Israel. While the staunchly conservative Mr. Netanyahu closely aligned himself with President Donald J. Trump over the past four years, Democratic leaders in Washington have increasingly shown a willingness to criticize some elements of the Israeli government’s approach, particularly its support for settlements in Palestinian neighborhoods and territories.

For an expert perspective, I turned to to Mark Perry, a senior analyst at the Quincy Institute for Responsible Statecraft, a think tank that advocates military restraint. He has traveled to Israel and the Palestinian territories dozens of times, and is the author of 10 books, including “A Fire in Zion: Inside the Israeli-Palestinian Peace Process” and “Talking to Terrorists: Why America Must Engage with its Enemies.” Our interview has been edited and condensed.

Hi, Mark. The violence we’re seeing right now follows the expansion of Israeli settlements in the West Bank and East Jerusalem, moves that have led to Palestinian protests and an Israeli crackdown. Can you speak specifically to the significance of what’s going on in the Sheikh Jarrah neighborhood?