Home » Politics » Why not tell us? Boris warned of ‘worrying’ Covid spikes a month before Christmas U-turn

Boris Johnson on Saturday announced coronavirus restrictions would not be eased over the Christmas period because of the concerning rise in new coronavirus infections. The Prime Minister placed London and most of the southeast of England under a stricter Tier 4 of limitations, ordering Britons in these areas to “stay at home” and limit their travel as much as possible. But British Medical Association (BMA)’s Dr Chaand Nagpaul claimed Mr Johnson had been warned about the risk of uncontrolled surges shortly before he announced the relaxation of the rules in November.

Dr Nagapaul told Sky News: “We were concerned at the time the Prime Minister announced the relaxation for Christmas.

“The science told us then that the virus was spreading week-on-week, it just did not follow the science to relax the rules.

“Last Wednesday, before the new variant was announced, it was obvious that the virus was spreading at a dangerous level.”

The Government confirmed last week a more virulent strain of the coronavirus had developed across Kent and southern areas of England. 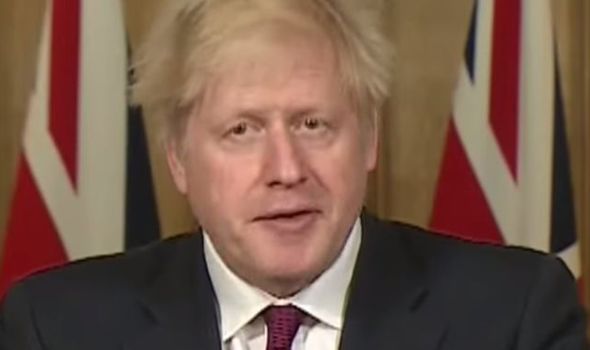 The new strain has been reported to be faster to spread but no scientific evidence has yet been reported showing a higher mortality rate.

Dr Nagpaul continued: “The NHS was in a dangerous state and, again, the science wasn’t followed when, in fact, we should have reversed Christmas relaxation rules.

“Whilst there is a new variant, we didn’t need the new variant to reverse these rules and the public could have been given greater notice.

“There’s no doubt it was the right and necessary decision.”