Anas Sarwar grilled on manifesto 'not adding up' by host

Scottish Labour Party leader Anas Sarwar was forced to go on the defensive during Channel 4’s Scottish election debate. The host Krishnan Guru-Murthy demanded the party leader admit Labour’s manifesto was not adding up. This comes after a report from the Institute for Fiscal Studies (IFS) insisted the party was not being honest about the tax rises needed.

It also said it was not honest about the cuts the Labour Party would need to make in order to reach its goals.

He said: “I don’t pick and choose when I quote an expert’s report.

“Let us instead really focus on what brings our country back together again. 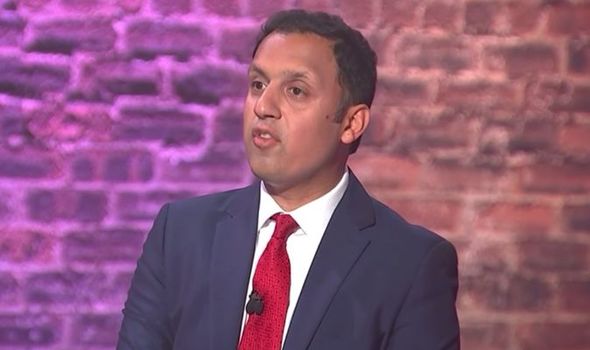 “Wouldn’t you rather Nicola Sturgeon and I were working together on poverty rather than arguing on borders.”

Mr Guru-Murphy was quick to attack these comments and point out flaws in Labour’s plan for Scotland.