BEIJING (Reuters) – Chinese police took away a woman who sprayed herself with gasoline on Thursday in what was suspected to be a self-immolation attempt outside the U.S. Embassy, the state-run Global Times reported, amid reports of an explosion.

Reuters could not immediately verify the report, but witnesses told Reuters that they heard an explosion near the U.S. Embassy and felt tremors. One of the witnesses said there were seven to eight police vehicles near the embassy. 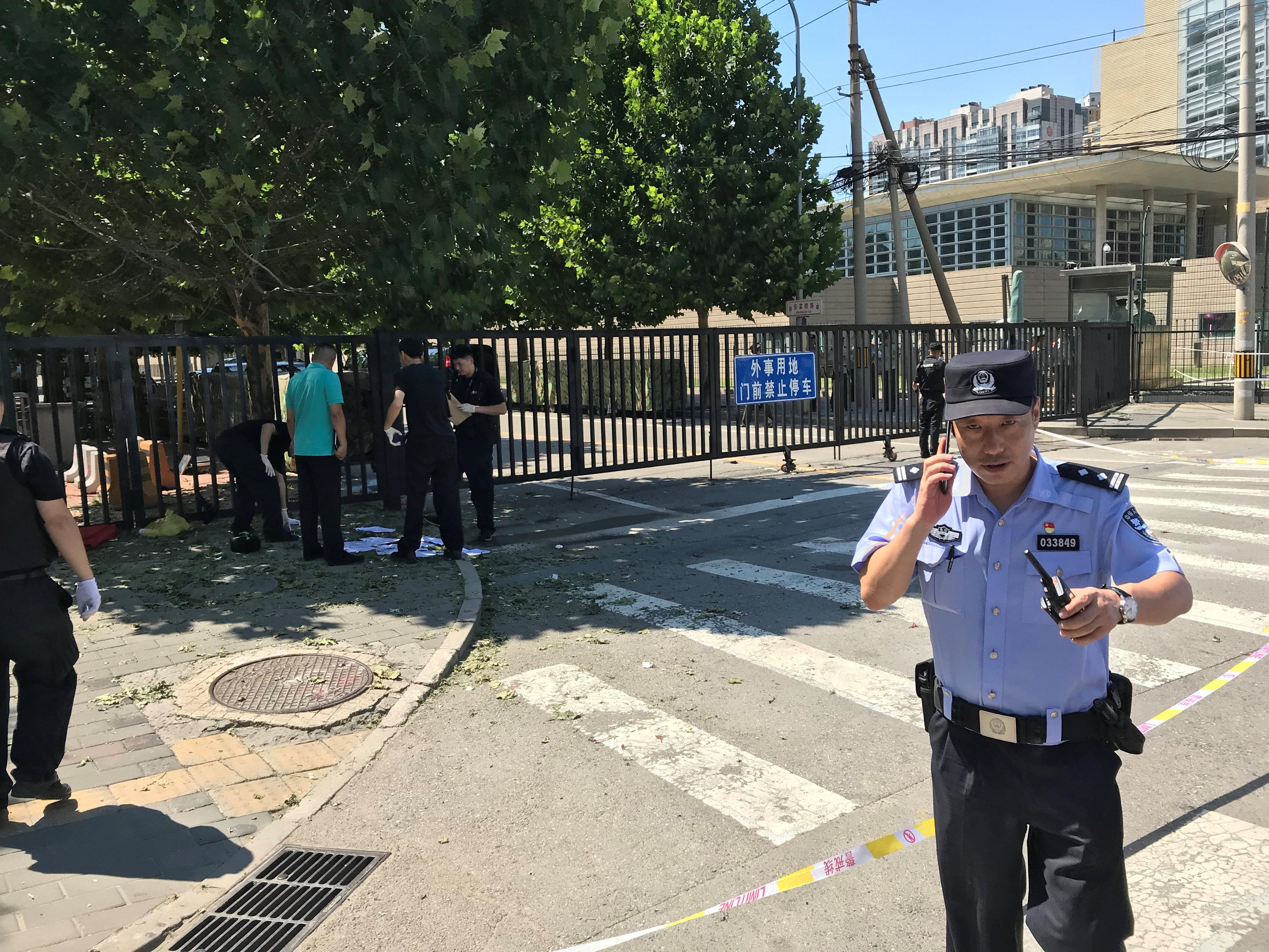 A Reuters witness saw Chinese police examining a vehicle outside the embassy and social media showed pictures of smoke close to where people line up outside the compound for visa appointments.

The Global Times said on its Twitter account that it was unclear whether there had been an explosion.

Staff at the Indian and South Korean embassies near the U.S. compound said they were unaware of any unusual incident and were working as normal.