SAO PAULO/BRASILIA (Reuters) – Brazilian President-elect Jair Bolsonaro’s top agriculture adviser said on Thursday he had recommended a congressman from a key farm region to become the next agriculture minister for the world’s largest soy exporter. 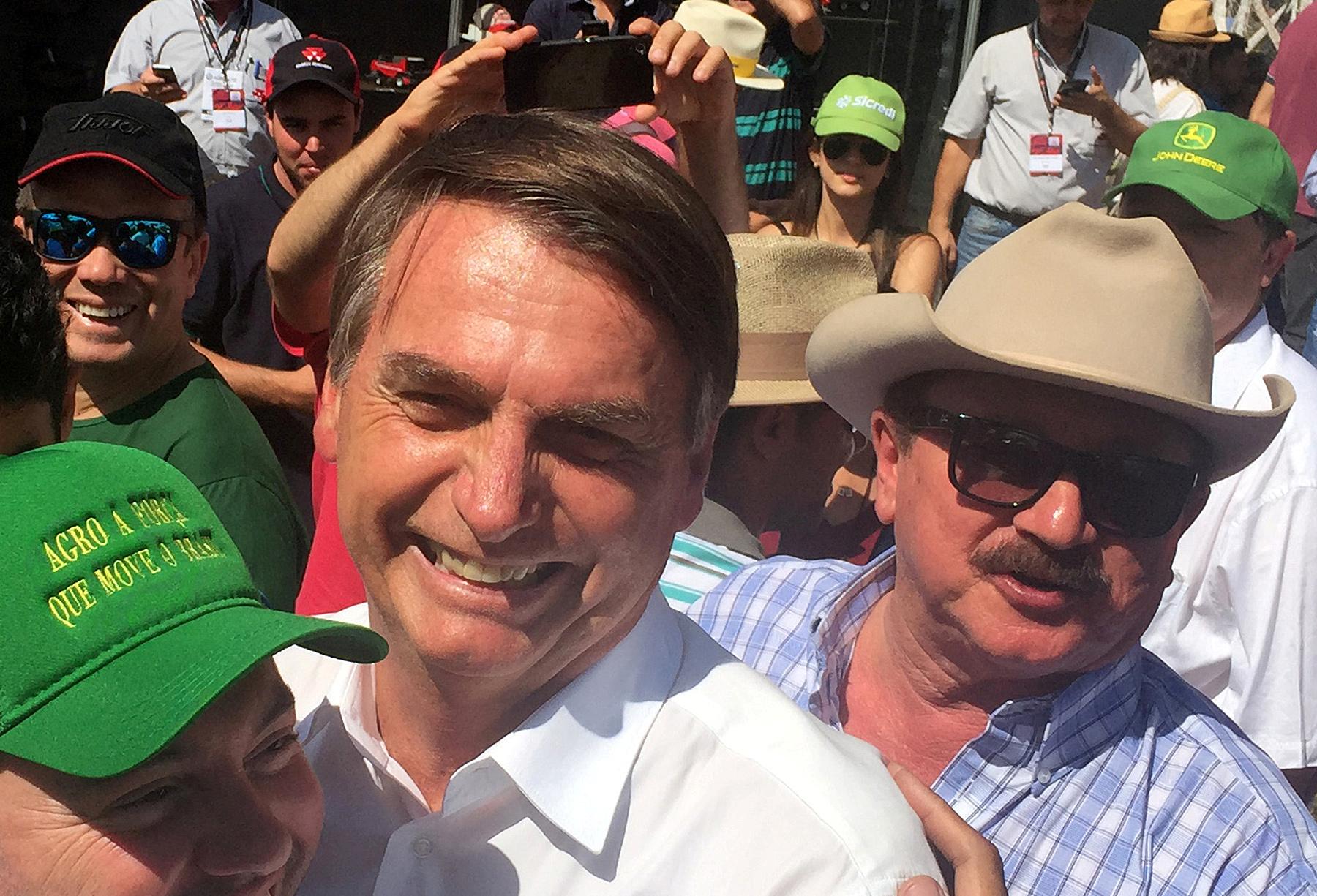 The adviser, Nabhan Garcia, said in a telephone interview that he had met with Bolsonaro on Wednesday and recommended lawmaker Jeronimo Goergen, 42, from the state of Rio Grande do Sul, for the role.

Two-time congressman Goergen told Reuters he has received no formal invitation from Bolsonaro, but would be “honored” to receive one.

Bolsonaro’s full cabinet will be announced this month, his future chief of staff, Onyx Lorenzoni, said in a private meeting, according to two sources.

Goergen, a lawyer and a member of the conservative Progressistas party, was elected to a third term in Congress last month.

Garcia and Goergen appear to be linked by their militant opposition to Brazil’s landless movement, in which the poor occupy unproductive land in pursuit of legal rights to the property.

Garcia is a leader of the UDR group that was founded in opposition to land invasions and expropriation, which can be legal in certain circumstances under Brazil’s rural property reform laws.

Goergen this year authored a bill in Congress that would define invasion of public or private property as an act of terrorism. He told agriculture news outlet Noticias Agricolas this week that Bolsonaro’s support for outlawing landless workers’ invasions could help push the bill through.

Bolsonaro’s hardline rhetoric on the subject was key to garnering support among farmers, who feel threatened by land invasions and increasing robberies.

“I cannot recommend my own name,” Garcia said. “It would be incoherent and embarrassing for both parties.”

But after receiving input from industry leaders from around the country, Garcia said, “A consensus name emerged that enjoys empathy and credibility in the productive sector. One of a friend and warrior in our defense in many senses, Federal Congressman Jeronimo Goergen.”

If named as minister, Goergen may need to execute the proposed merger of the agriculture and environment ministries, a move that Bolsonaro hopes will reduce government bloat but which has been criticized as potentially hurting the country’s agenda on both fronts.

The Agriculture Ministry also will be charged with restoring the image of the country’s agriculture sector, which came under scrutiny after an investigation of food companies led to allegations in 2017 that they colluded with health inspectors to evade safety and quality checks.