SAO PAULO (Reuters) – Brazil’s Workers Party (PT) officially named former President Luiz Inacio Lula de Silva as its presidential candidate on Saturday even though he is in prison on a corruption conviction that will almost certainly bar him from running.

Lula has been jailed since April but leads in opinion polls when included as a candidate. Unable to attend the convention, he addressed the party in a letter striking a defiant tone.

“Today our democracy is threatened,” Lula wrote. “They want to make the presidential election a rigged card game, excluding the name that is ahead in popular preference in all polls.”

The convention ended without the PT declaring a vice presidential candidate, pushing electoral deadlines to the brink and adding a further degree of uncertainty to what is already Brazil’s most wide-open election in decades.

Parties have until Sunday to hold conventions and name candidates, although the consequences for missing that deadline are unclear with a separate filing deadline on Aug. 15 to declare nominees to the election authority.

PT leaders, including party president Senator Gleisi Hoffmann, denied they have a Plan B candidate to stand in Lula’s place should he be barred from running as is widely expected. Election law disqualifies people from standing for office if they have corruption convictions held up on initial appeal. 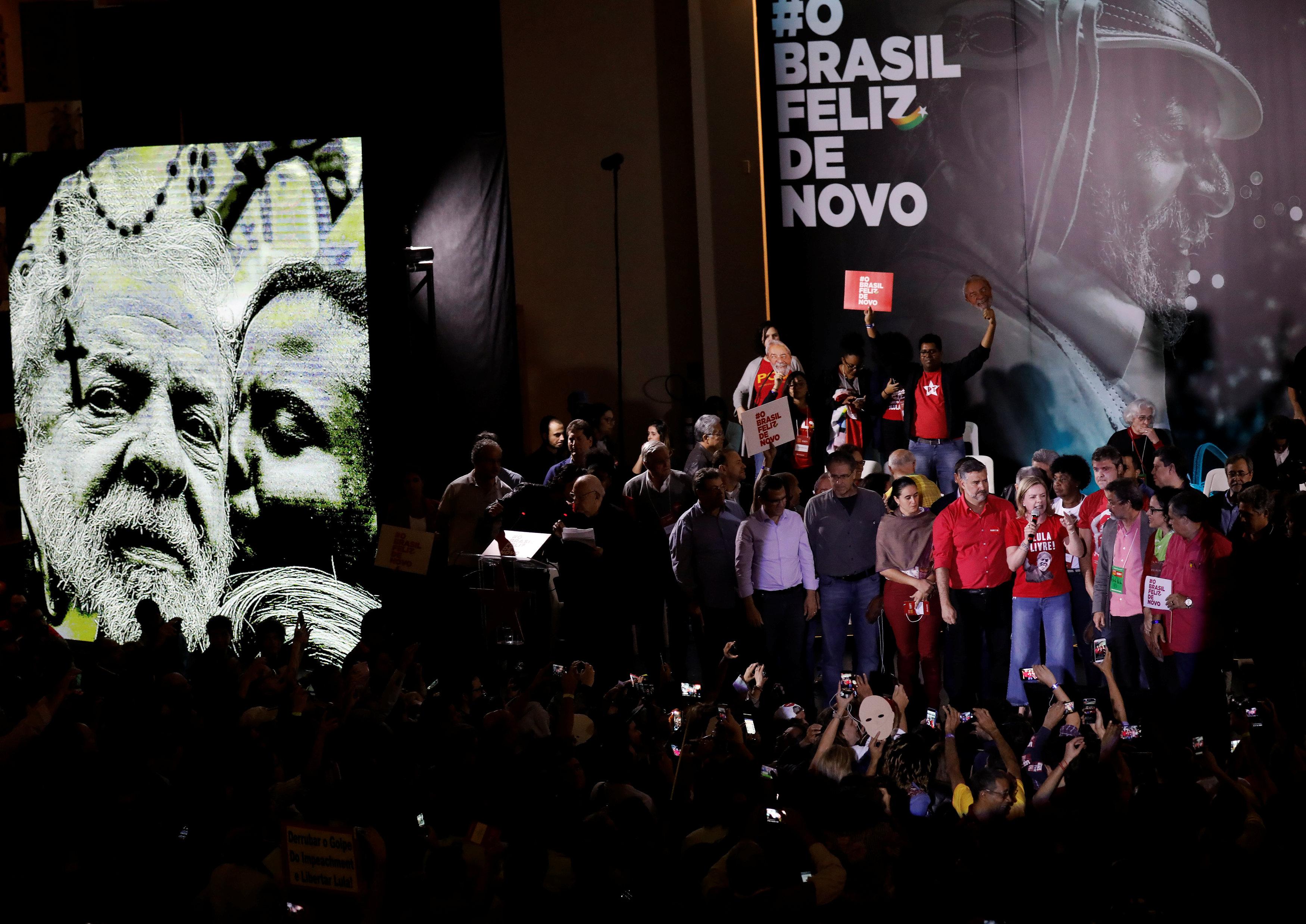 Silva and Alckmin are polling second and third behind far-right candidate Jair Bolsonaro in early polling that excludes Lula.

Alckmin, who lost to Lula in 2006, said 14 years of Workers Party rule had left Brazil 13 million unemployed in a sputtering economy suffocated by an oversized government.

“Nobody tolerates a state infested by corruption anymore. We are going to unlock the economy by downsizing the state,” he told the party convention in Brasilia.

Alckmin has forged a broad nine-party coalition that will give him an advantage in television and radio advertising time when the campaign officially kicks off on August 16.

He picked former journalist and senator Ana Amelia as his running mate, a choice aimed at winning over female voters.