PHNOM PENH (Reuters) – Cambodia’s armed forces put on a show of power on Wednesday, displaying anti-riot gear and assault rifles at a sports stadium in the capital Phnom Penh ahead of a general election this weekend which some have criticized as a sham.

Prime Minister Hun Sen, who has ruled the Southeast Asian nation for more than 30 years, is expected to win easily on Sunday after the main opposition party was dissolved last year and following a crackdown on dissent, including civil society and independent media.

A total of 4,625 police officers wearing flak jackets and armed with automatic rifles gathered at the Olympic Stadium in Phnom Penh on Wednesday in a display meant to discourage any street protests during the election.

Phnom Penh’s Police Chief Chuon Sovann said that the forces will be deployed across the city to maintain security on Sunday.

“All of these forces have a duty to prevent, stop and crackdown on every case that leads to the obstruction of the election,” Chuon Sovann told the gathering forces.

Chuon Sovann said that police will stop any protests or those who urge others not to vote.

Authorities have said calls to boycott the vote are illegal, but rights groups argue the calls are not against the law. 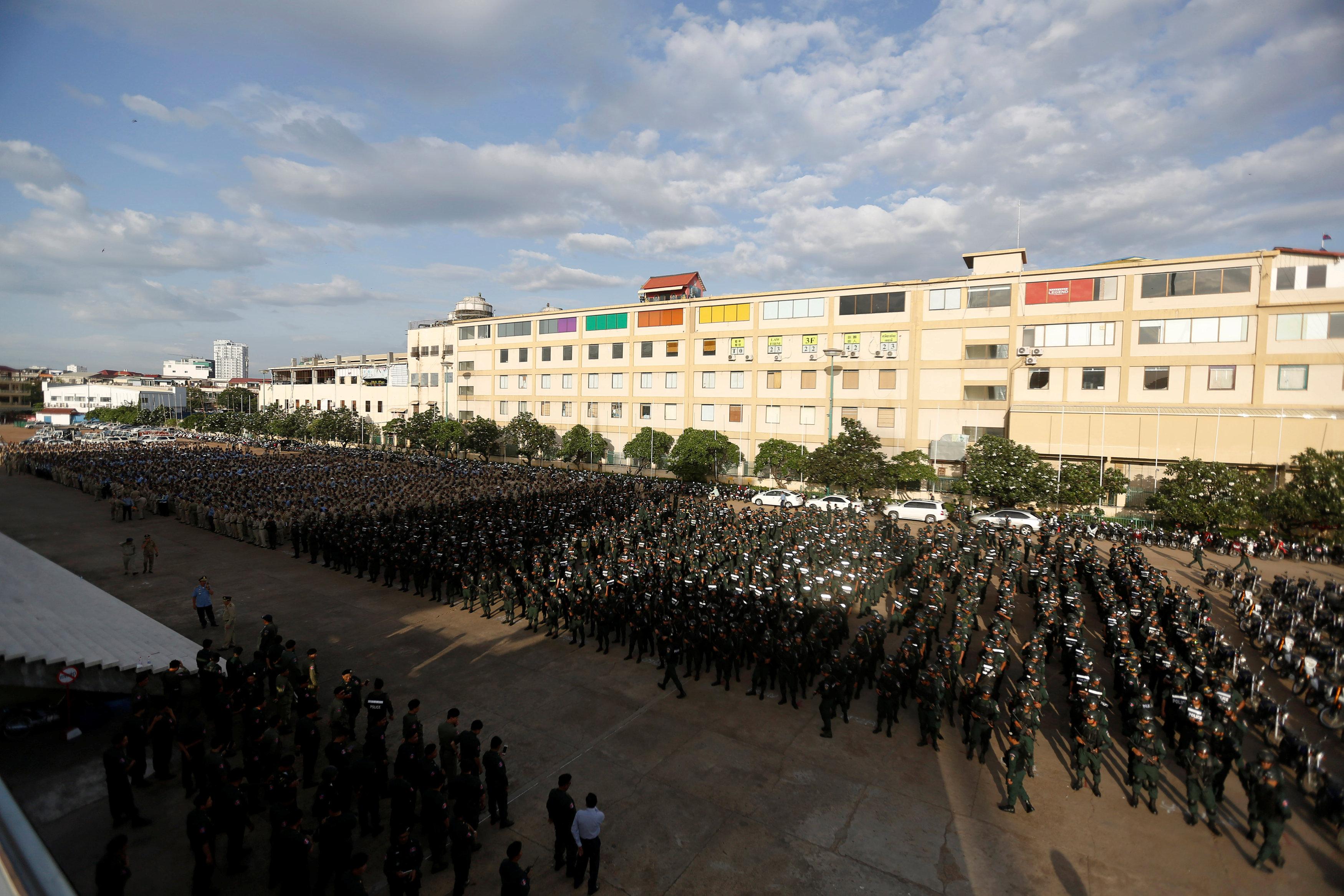 Sunday’s election has been criticized by the United Nations and Western countries as fundamentally flawed after the Supreme Court last year dissolved the Cambodia National Rescue Party (CNRP) and its leader, Kem Sokha, was imprisoned for treason.

Kem Sokha’s supporters say his jailing was politically motivated. He is currently in pre-trial detention near Cambodia’s border with Vietnam.

Kem Monovithya, Kem Sokha’s daughter, said that the display of force showed that the vote will be conducted under pressure.

“This is evidence that the election is not only being conducted without a viable opposition, it is also conducted under threat, forcing people to go to vote in a fake election,” Kem Monovithya told Reuters.