PARIS (Reuters) – France’s prime minister on Tuesday struck back at opposition criticism of President Emmanuel Macron’s response to a video showing his top bodyguard assaulting May Day protesters, saying it was an isolated incident and not a state scandal.

Macron is under fire in the biggest crisis of his tenure after footage emerged of the head of his security detail, Alexandre Benalla, hitting a male protester and dragging away a woman, while off duty and wearing a riot helmet and police tags.

Critics say Macron’s office failed to properly punish Benalla or refer him promptly to judicial authorities, and point to the president’s handling of the case as a sign he has lost touch with ordinary people since taking office 14 months ago.

In heated exchanges in parliament on Tuesday, Prime Minister Edouard Philippe sought to defend the government against calls by the opposition conservatives for a vote of no-confidence.

“An isolated incident carried out by this person … does not constitute a state scandal,” he said after fending off several lawmakers on the issue.

French Prime Minister Edouard Philippe speaks during the questions to the government session at the National Assembly in Paris, France, July 24, 2018. REUTERS/Philippe Wojazer

“I understand that there can be questions about the possible proportionality of the decisions taken, but the speed of the decision is not questionable,” he said, referring to the initial suspension imposed on Benalla by the Elysee. “Nothing was hidden, nothing was left out,” he added.

Macron came under further pressure on Monday when the interior minister and a police chief said the presidency told them in May it would deal with the bodyguard.

Benalla had initially been suspended for 15 days and brought back into Macron’s entourage. The French leader fired him on Friday, after the story broke in Le Monde newspaper, and Benalla was placed under investigation on Sunday.

Macron’s chief of staff Patrick Strzoda told a parliamentary probe on Tuesday that he had taken the decision to suspend Benalla after the incident and that Macron was informed while on a trip to Australia.

“I took it alone in my soul and conscience,” Strzoda told lawmakers. 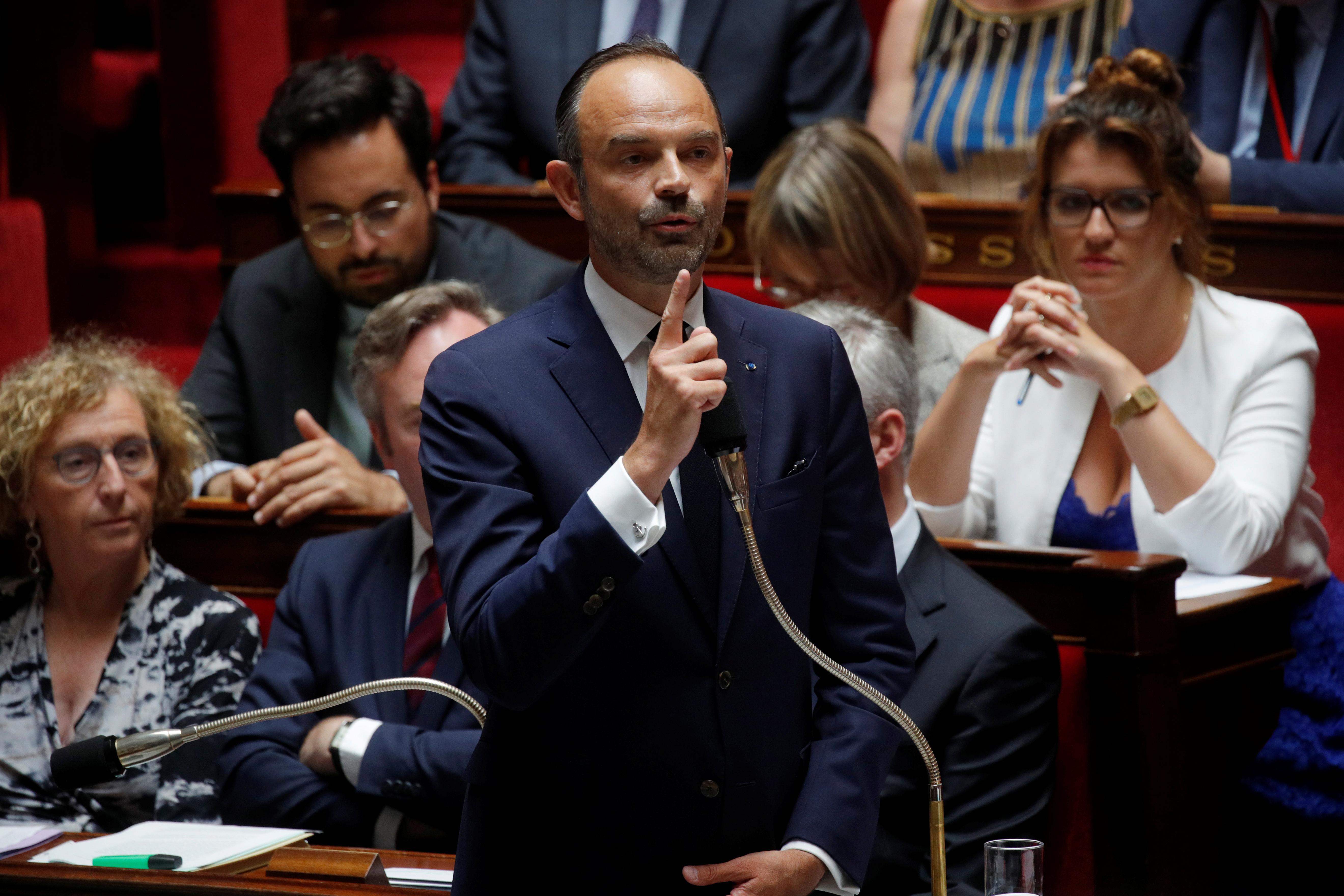 Benalla has been at Macron’s side during numerous public and private events, from the 2017 presidential campaign to the celebration of France’s World Cup victory in Paris.

Strzoda denied French media reports that Benalla had been handed a raft of privileges and benefits going beyond what was usual for his position.

Opposition lawmakers have launched a united offensive against Macron, fueled by their grilling of Interior Minister Gerard Collomb on Monday who said he had taken no action after the presidency assured him that Benalla would be punished.

“The government has failed and must be held responsible in front of parliament,” Christian Jacob, the head of The Republicans opposition party in the lower house, told reporters.

A vote of no-confidence is unlikely to bring down Macron’s government as it has a solid majority in parliament.

But according to an IPSOS poll on Tuesday, the first since the story broke, Macron has seen his popularity fall to 32 percent, down four points since June, his lowest level since September 2017.

A second poll by Elabe showed that 80 percent of French people were shocked by the Benalla affair.