GOLAN HEIGHTS (Reuters) – Carrying Syrian flags and pictures of President Bashar al-Assad, dozens of Arab Druze who live on the Israeli-controlled Golan Heights gathered on Saturday to celebrate what they consider to be success in the Syrian civil war. 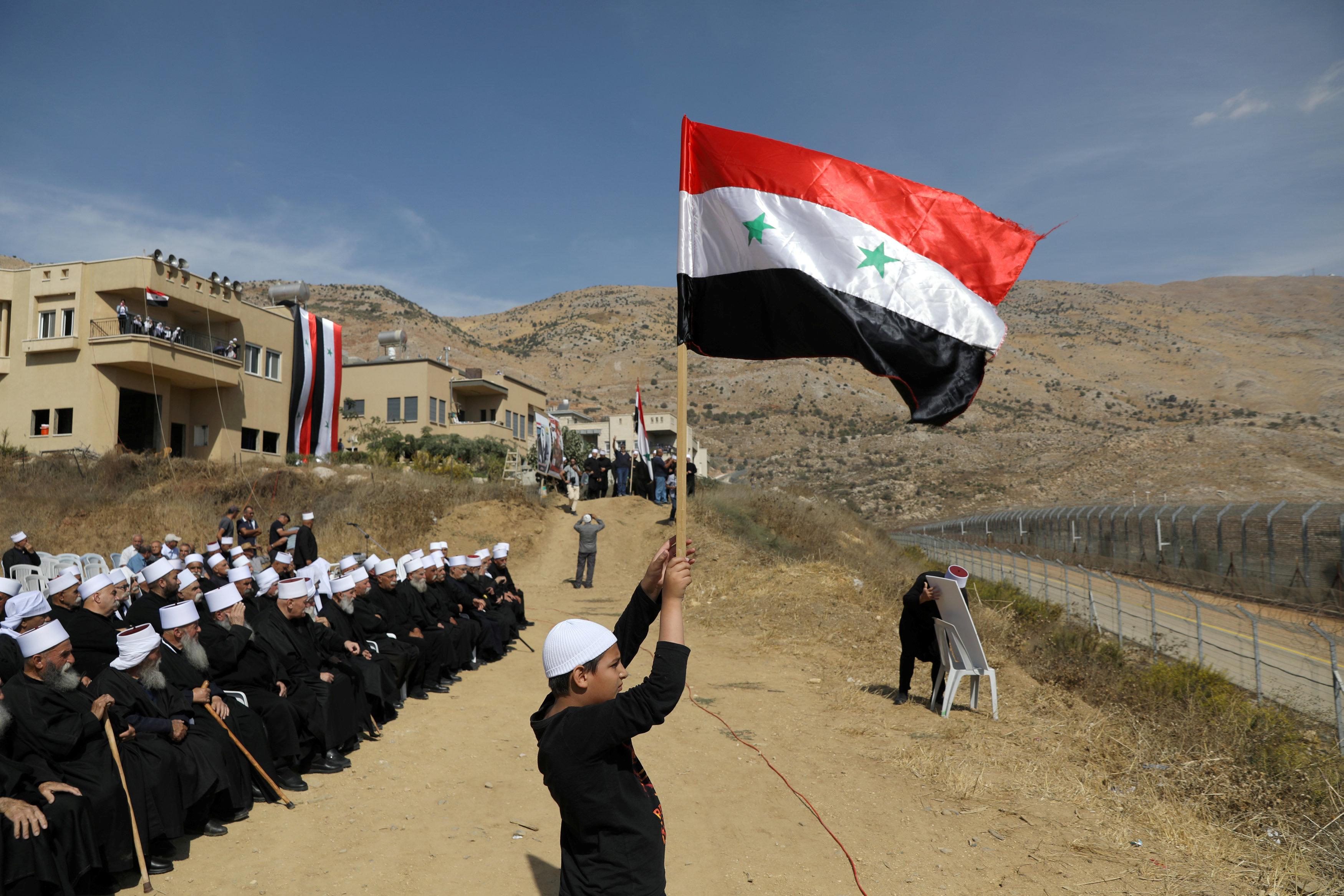 Dressed in traditional black garb and white hats, the small crowd chanted and shouted into megaphones, pledging loyalty to Assad, while Syrian soldiers, hundreds of meters away, across a security fence and on the opposite side of a valley, yelled back in support. 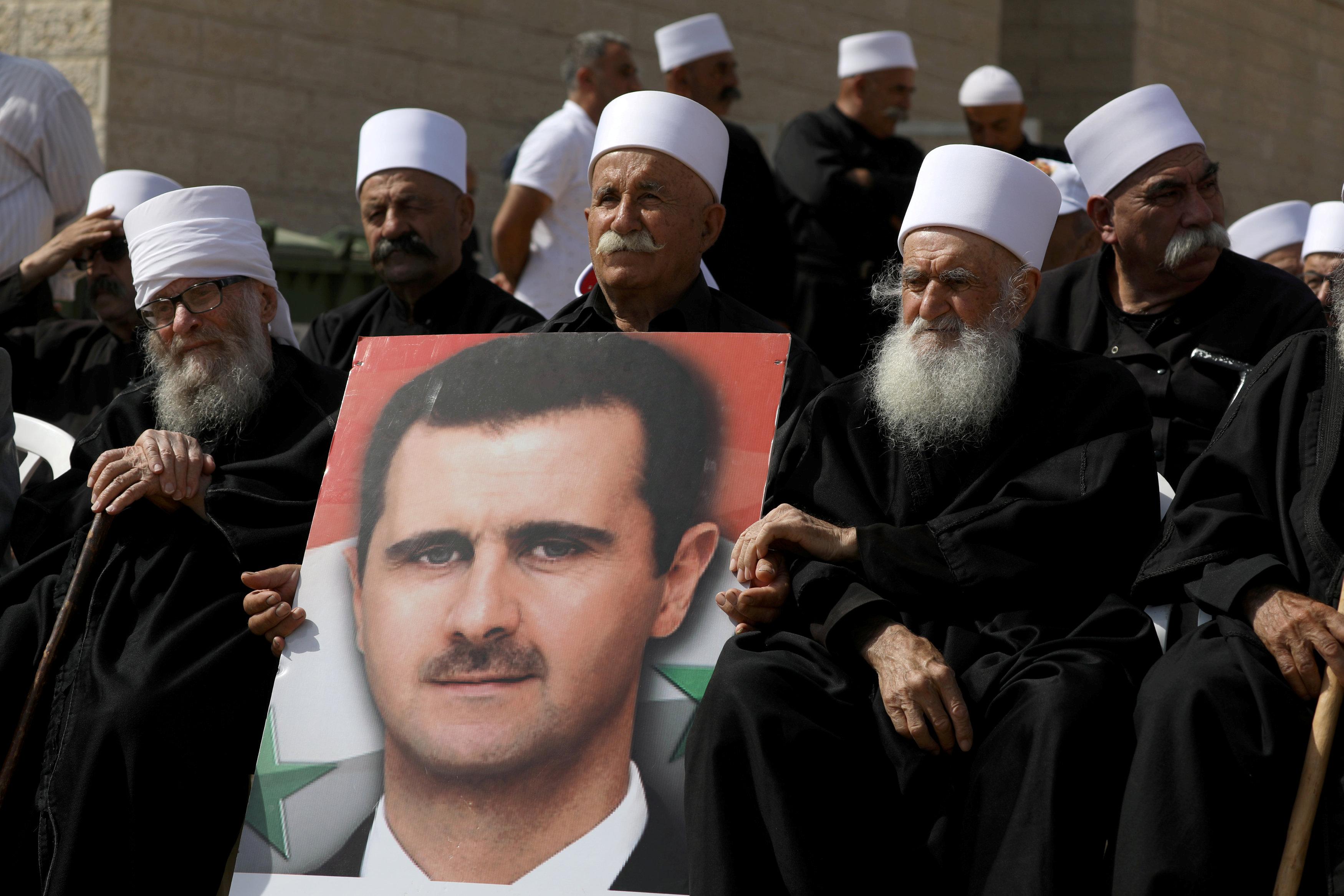 The Druze are an Arab minority who practice an offshoot of Islam and whose adherents in Syria have long been loyal to the ruling Assad family.

Emil Masoud, 38, who lives in the village of Massade, said they gathered to “celebrate the final stages of the war … and to celebrate with our people in Syria the final stage of victory.”

Israel has largely stayed on the sidelines of Syria’s seven-year civil war. 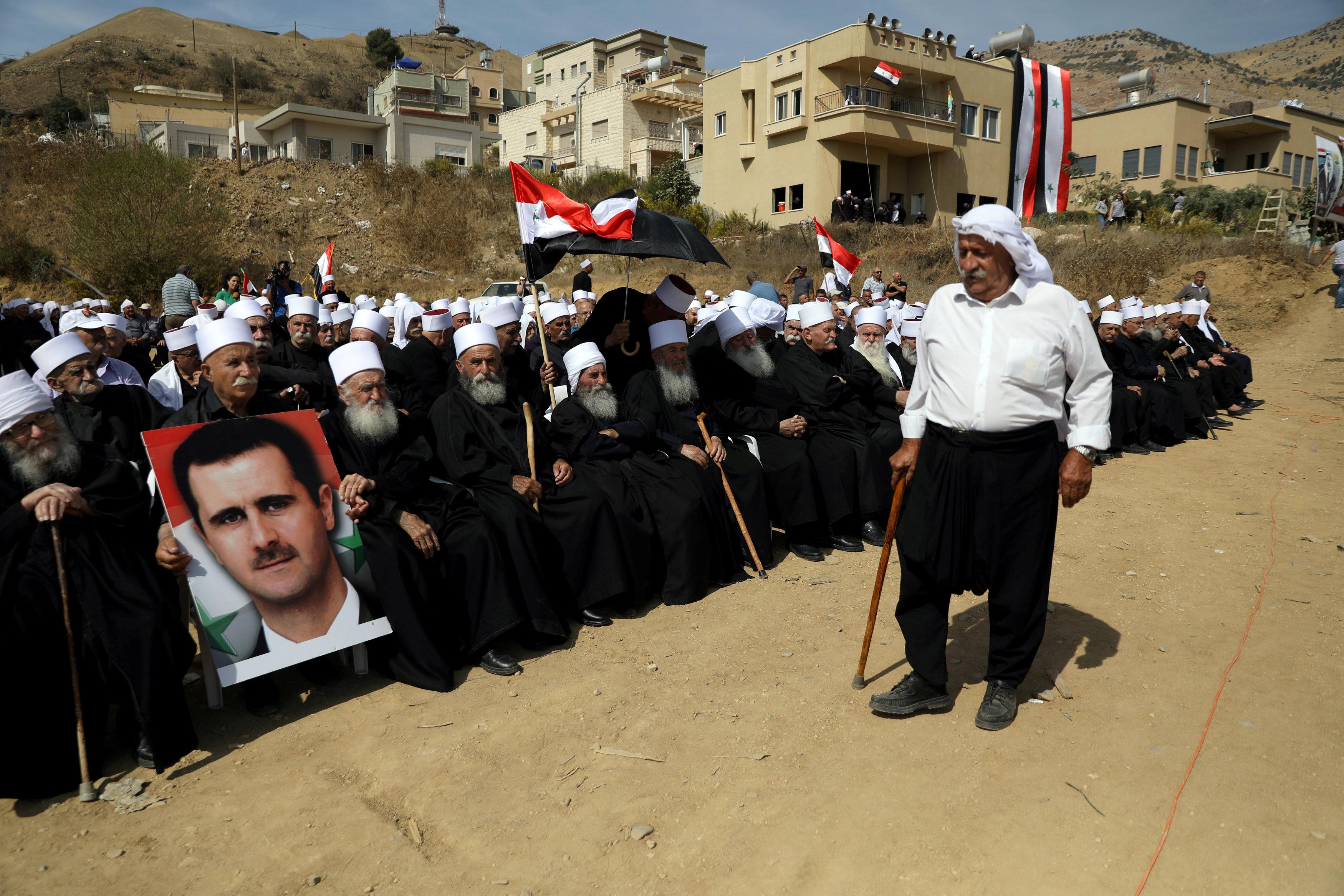 The border itself has been mostly calm, with occasional stray fire from Syria or brief exchanges, though heavy fighting could be easily heard and seen in the distance.

Israeli Druze, some of whom have influence in Prime Minister Benjamin Netanyahu’s government and the military, have at times urged Israel to intervene across the frontier, where hundreds of thousands of Syrians have been killed and millions driven from their homes during the civil war.

The Golan was part of Syria until Israel captured it in the 1967 Middle East war and annexed the territory in 1981 in a move not recognized internationally.

Once willing to consider returning the Golan for peace with Syria, the Israelis have in recent years argued that the war in Syria and the presence there of an Iranian garrison backing Damascus show they need to keep the strategic plateau.