ATHENS (Reuters) – Rescuers on Thursday searched the scorched land and the sea for survivors three days after a deadly wildfire ripped through the Greek coastal town of Mati killing at least 81 people.

An aerial view shows burnt houses and trees following a wildfire in the village of Mati, near Athens, Greece, July 25, 2018. Antonis Nicolopoulos/Eurokinissi via REUTERS

Desperate relatives appeared on television to plead for help. Others blamed authorities for the disaster, the deadliest blaze in Greece in decades.

“My father was the last person to talk to him on Monday evening,” Katerina Hamilothori, who is looking for her brother, told Skai TV. “My brother was returning from work. We have no news at all.”

About 300 firemen and volunteers combed through the area looking for dozens reported missing, among them two 9-year old sisters.

In Athens, other relatives tried to identify the bodies found in the inferno. With most of the corpses badly charred, identification of the dead will be challenging, experts said.

“It will be very painful, we will then have the identification…the funerals, more pain,” the mayor of the nearby town of Pikermi said.

“I fear the number of the dead will increase.”

At least 187 persons were injured in the blaze, including 22 children. Initial inspections showed that more than 300 homes in the wider area were damaged, most of them beyond repair.

A long list of relief measures announced by the government was not enough to ease the pain of the survivors. 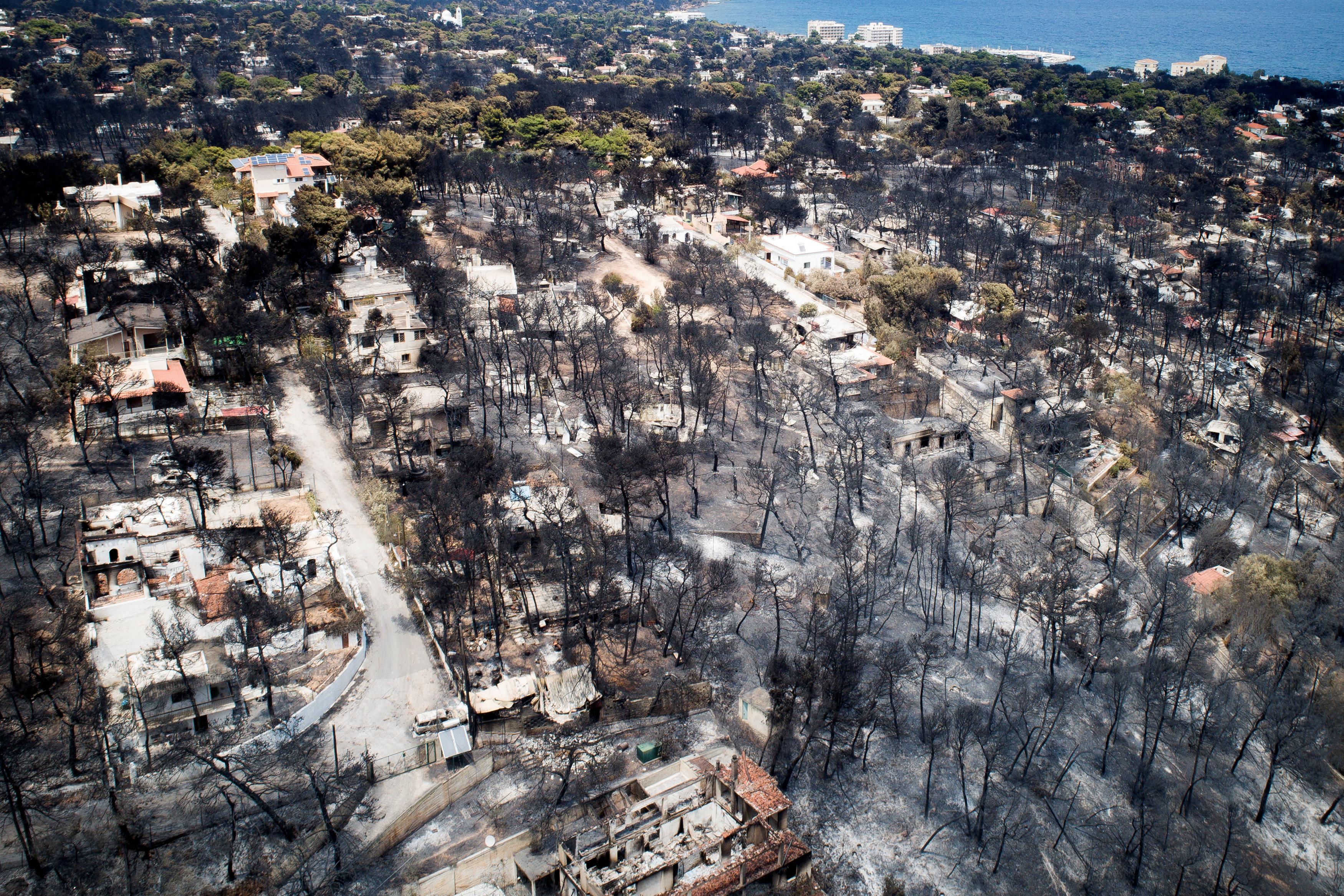 “A drop in the ocean,” read the front page of newspaper Ta Nea.

“This shouldn’t have happened, people perished for no reason,” a woman in tears shouted at Defence Minister Panos Kamenos, who visited Mati and nearby fire-stricken areas. “You left us at God’s mercy!”

Mati, less than 30 km (17 miles) east of Athens, was popular with local tourists, including pensioners.

The fire broke out on Monday at 4:57 p.m. (1357 GMT), but it is still unclear what caused it. The flames spread rapidly through the village.

Some suggested that the sheer force of winds, thick pine, fire and panic was a deadly combination making even the most well-executed evacuation plan futile.