TORONTO (Reuters) – A gunman opened fire on a Toronto street filled with people in restaurants late on Sunday, killing two people and injuring 12 others, including a young girl, authorities said. The suspected shooter was later found dead.

The girl was in a critical condition, Toronto Police Chief Mark Saunders said.

“We are looking at all possible motives … and not closing any doors,” Saunders told reporters at the site of the shooting.

Paramedics, firefighters and police converged on the scene in Toronto’s east end.

The gunfire on Danforth Avenue in the city’s Greektown neighborhood began at 10 p.m. local time (0200 GMT Monday), the Special Investigations Unit said, adding that the gunman walked down the busy avenue firing at groups of people.

Danforth is filled with restaurants and a family-friendly night life.

People leave an area taped off by the police near the scene of a mass shooting in Toronto, Canada, July 22, 2018. REUTERS/Chris Helgren

The gunman, a 29-year-old man, exchanged fire with police, fled and was later found dead, according to the Special Investigations Unit, which investigates deaths and injuries involving police.

Prime Minister Justin Trudeau said on Twitter on Monday, “The people of Toronto are strong, resilient and brave – and we’ll be there to support you through this difficult time.”

Toronto Mayor John Tory told reporters the city has a gun problem, with weapons too readily available to too many people.

“Why does anyone in this city need to have a gun at all?” he asked in an address to city councilors Monday morning.

To own a gun in Canada an individual must apply for a license, pass a background check and pass a firearm safety test. Guns must be kept locked and unloaded and can only be legally carried outside the home with a special permit. Handguns and other restricted firearms require passing an additional course.

Canada’s crime rate rose by 1 percent in 2017, the third consecutive annual increase, according to Statistics Canada. The murder rate jumped by 7 percent, due largely to killings in British Columbia and Quebec, while crime involving guns grew by 7 percent.

Toronto is grappling with a sharp rise in gun violence this year. Deaths from gun violence has jumped 53 percent to 26 so far this year from the same period last year, police data last week showed, with the number of shootings rising 13 percent.

Toronto has deployed about 200 police officers since July 20 in response to the recent spate in shootings, which city officials have blamed on gang violence. 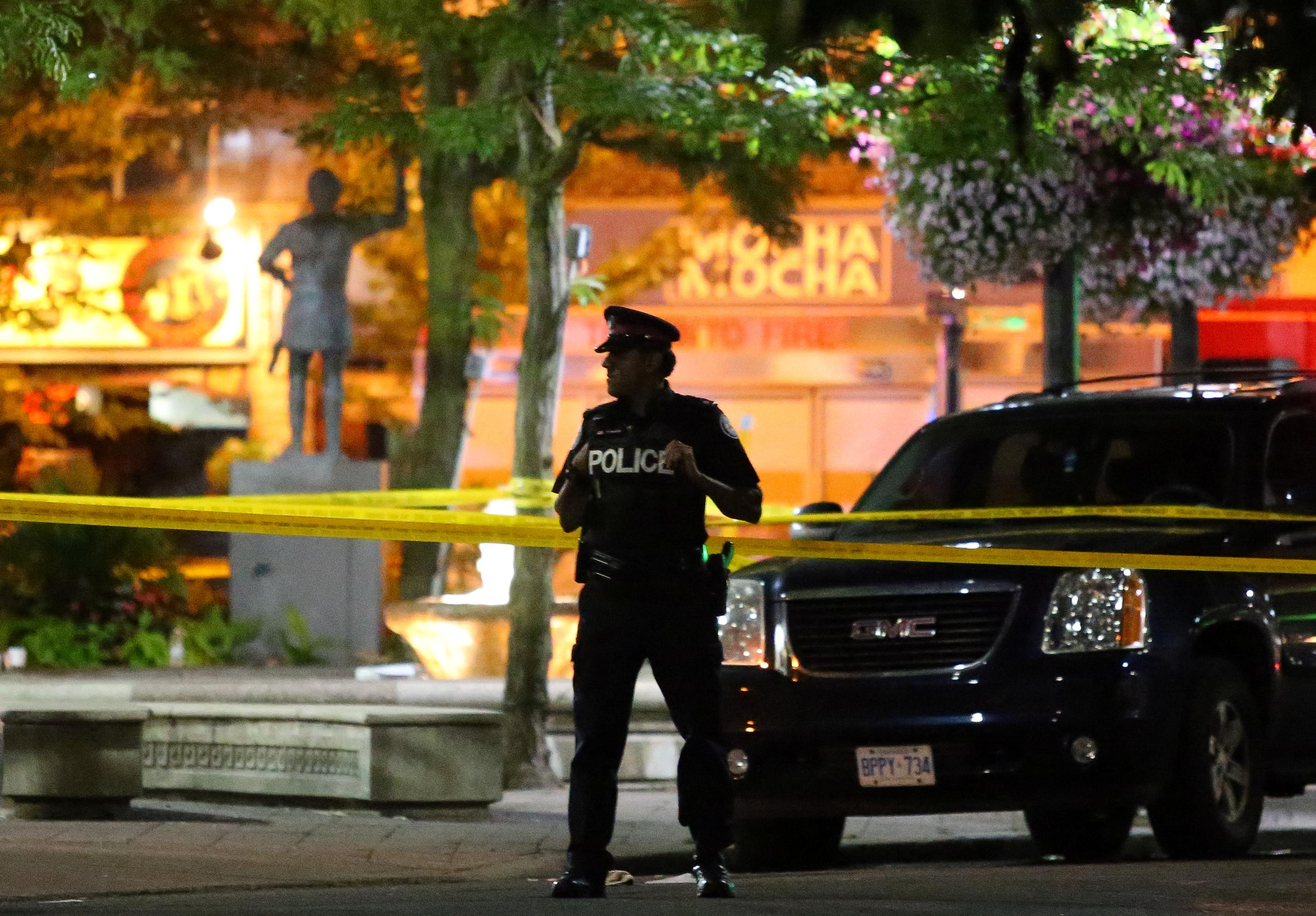 In April, a driver deliberately plowed his white Ryder rental van into a lunch-hour crowd in Toronto, police said, killing 10 people and injuring 15 along a roughly mile-long (1.6-km) stretch of sidewalk thronged with pedestrians.