JAVA SEA, Indonesia (Reuters) – Indonesian divers resumed a search on Tuesday for an airliner that crashed with 189 people on board, as “pinger locators” tried to zero in on its cockpit recorders and uncover why an almost-new plane went down in the sea minutes after take-off. 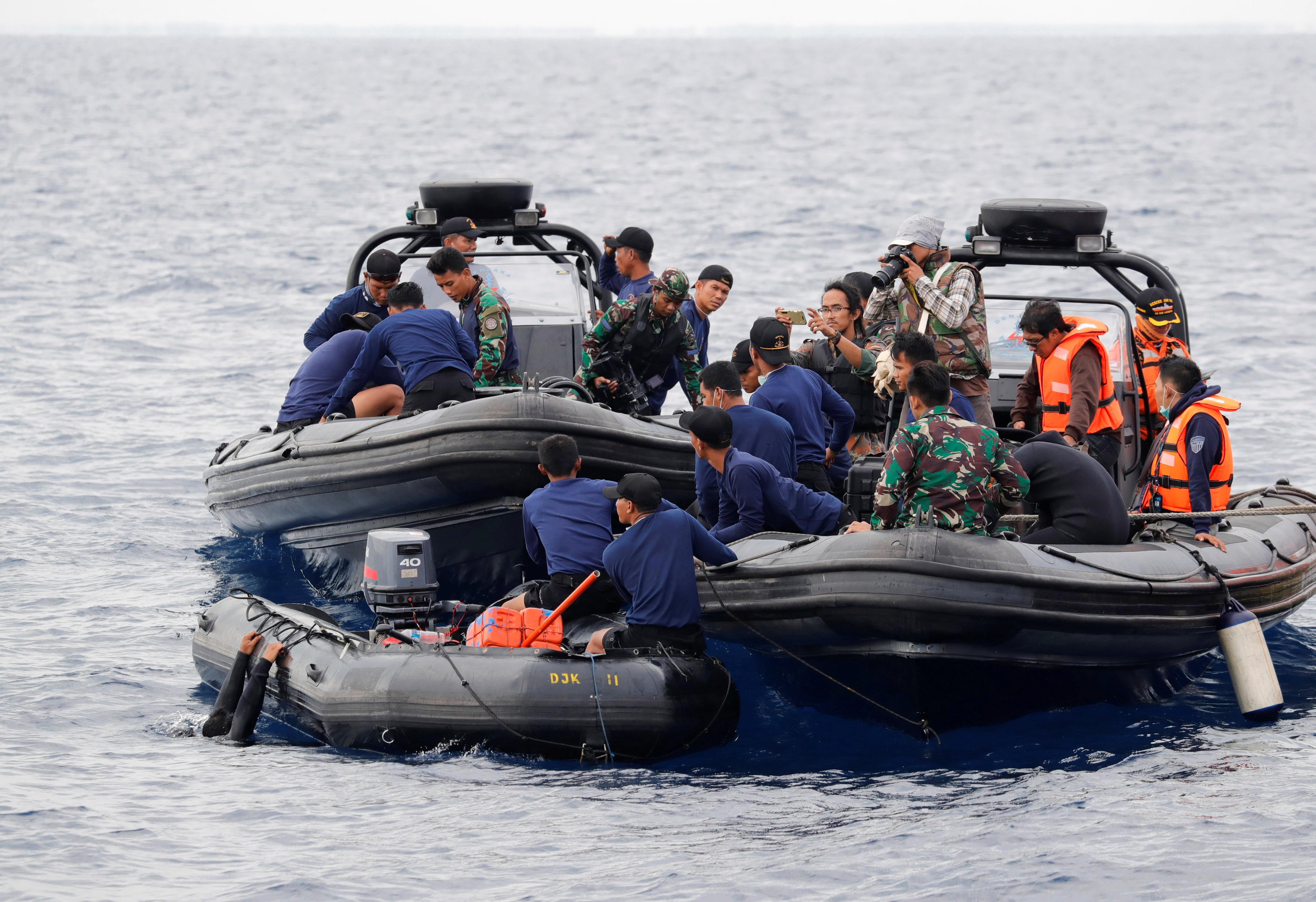 Indonesia, one of the world’s fastest-growing aviation markets, has a patchy safety record. With the now almost certain prospect of all on board having died, the crash is set to rank as its second-worst air disaster.

Ground staff lost contact with flight JT610 of budget airline Lion Air 13 minutes after the Boeing 737 MAX 8 aircraft took off early on Monday from the airport in Jakarta, the capital, on its way to the tin-mining town of Pangkal Pinang.

“Hopefully this morning we can find the wreckage or fuselage,” Soerjanto Tjahjono, the head of a national transport safety panel, told Reuters, adding that underwater “pinger locators”, including equipment from Singapore, were being deployed to help find the aircraft’s black boxes.

The priority is finding the cockpit voice recorder and flight data recorder to help determine the cause of the disaster, safety experts said.

Although divers stopped searching overnight, sonar vessels and an underwater drone kept up the hunt for the wreckage, where many victims were feared trapped, officials said.

Only debris and body parts have been found off the shore of Karawang, east of Jakarta.

A Reuters witness on a boat at the crash site, saw teams of divers in black rubber suits enter the slightly choppy water from six inflatable boats.

“The visibility is not good as it’s very overcast,” a special forces officer said, noting the dive team had started just after dawn and been down to a depth of 35 meters.

Underwater footage released by the national search and rescue agency showed relatively poor visibility. In all, 35 vessels are helping to search.

Yusuf Latif, the spokesman of the search and rescue agency, had said on Monday finding survivors “would be a miracle”, judging by the condition of the recovered debris and body parts.

Officers at Jakarta’s port picked through personal belongings retrieved from the sea, including wallets, backpacks and papers, in a bid to help identify their owners.

Dozens of relatives gathered at a police hospital where body bags were brought for forensic doctors to try to identify victims.

Police were taking saliva swabs from family members of the missing for DNA tests and also seeking details on body markings like tatoos or birthmarks on the passengers.

A tent has been set up next to the hospital building and a middle age woman and a teenager sat together, sobbing and comforting each other. 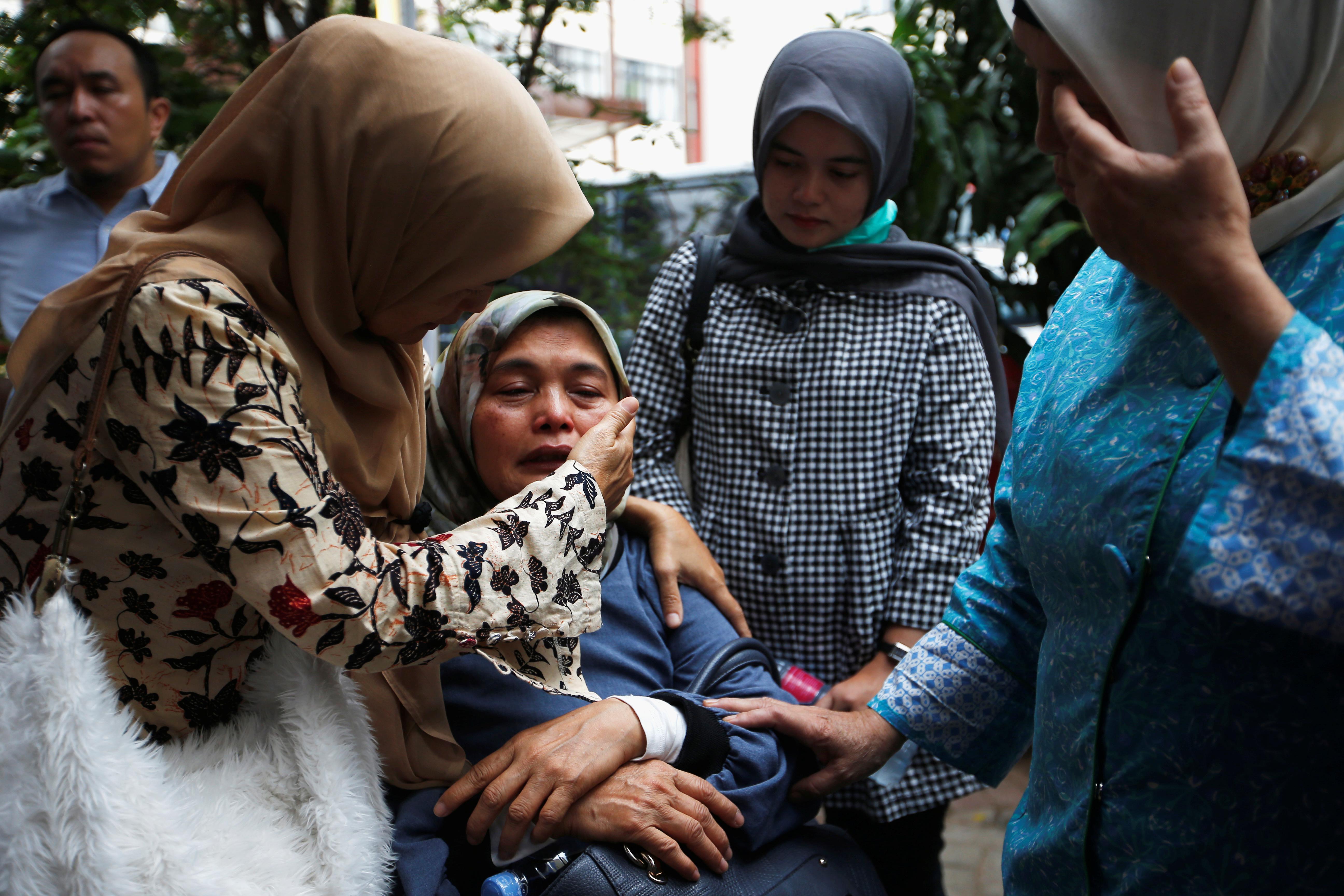 The pilot of flight JT610 had asked to return to base shortly after take-off about 6.20 a.m. Investigators are trying to determine why the pilot issued the request, which was granted.

No distress signal was received from the aircraft’s emergency transmitter.

The aircraft suffered a technical problem on a flight from the resort island of Bali to Jakarta on Sunday but it was “resolved according to procedure”, Edward Sirait, chief executive of Lion Air Group, told reporters.

Sirait declined to specify the nature of the issue but said none of the airline’s other aircraft of that model had the same problem. Lion had operated 11 Boeing 737 MAX 8s and it had no plan to ground the rest of them, he said.

On Monday, the U.S. National Transportation Safety Board (NTSB) and Boeing Co (BA.N) said they were providing assistance in the crash investigation.

(For details of search, crash inquiry, please click on)

The accident is the first to be reported involving the widely sold Boeing 737 MAX, an updated, more fuel-efficient version of the manufacturer’s workhorse single-aisle jet.

Two witnesses described the plane as swaying or rocking as it came down, adding that the nose hit the water first and there was a tall column of smoke afterwards.

The aircraft did not make a noise when it came down, they said.

“From a long way off, it was already leaning,” said Gauk, a fisherman who uses one name.

Privately owned Lion Air, founded in 1999, said the aircraft, which had been in operation since August, was airworthy, with its pilot and co-pilot together having amassed 11,000 hours of flying time.

Indonesia’s worst air disaster was in 1997, when a Garuda Indonesia A300 crashed in the city of Medan, killing 234 people.