JAKARTA (Reuters) – Indonesia on Tuesday stepped up its search for passengers of an airliner that plunged into the sea, deploying underwater beacons to trace the flight’s black box recorders in a bid to uncover why an almost-new plane crashed minutes after take-off. 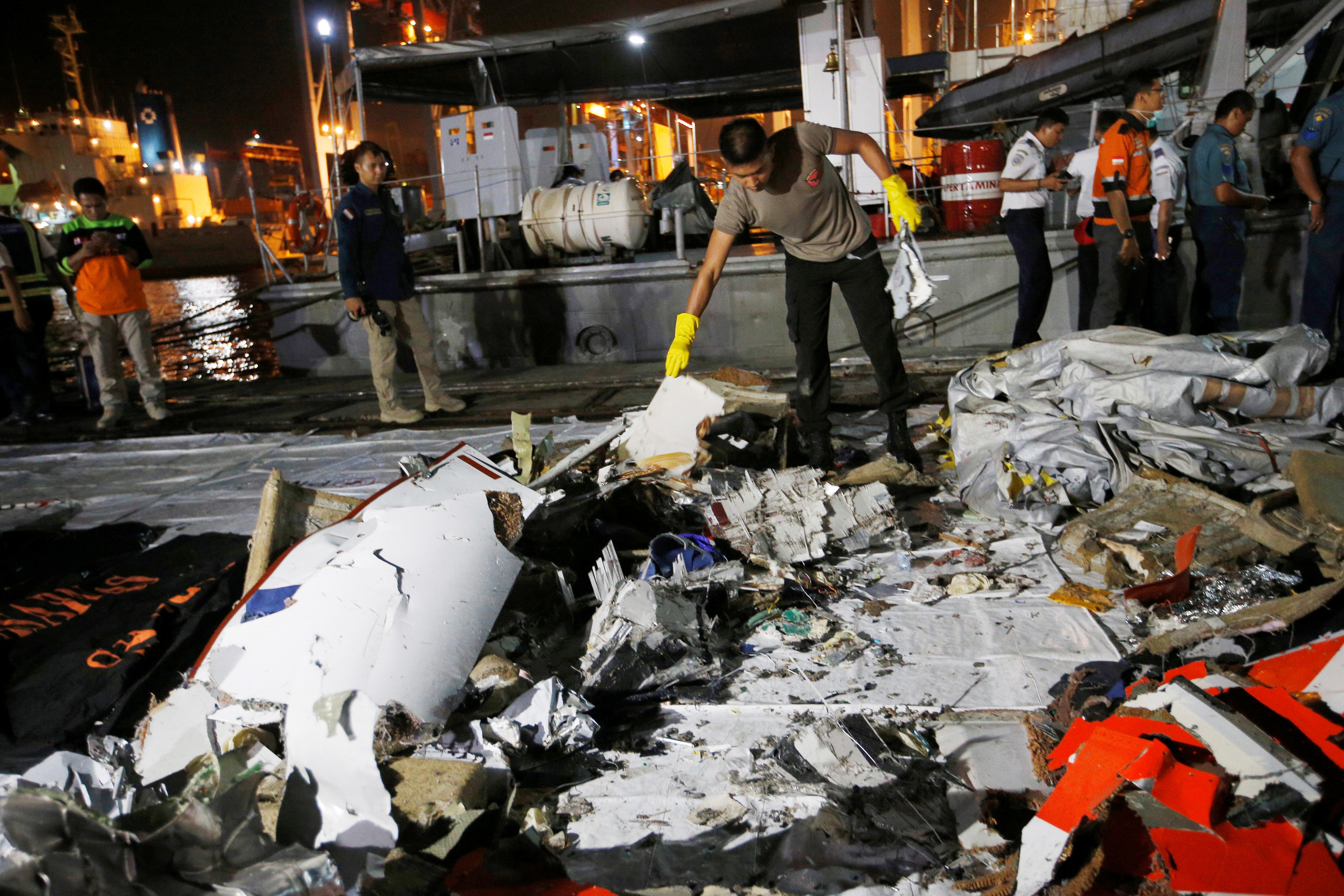 There were 189 people on board flight JT610 of budget airline Lion Air when ground staff lost contact with the Boeing 737 MAX 8 aircraft early on Monday, 13 minutes after it had left the airport in Jakarta, the capital.

“Hopefully this morning we can find the wreckage or fuselage,” Soerjanto Tjahjono, the head of Indonesia’s transport safety panel, told Reuters, adding that an underwater acoustic beacon was deployed to locate the main body of the plane.

The search and rescue agency added that four sonar detectors were also deployed in areas where aircraft debris had been found a day earlier off the shore of Karawang, West Java, and 15 vessels were scouring the sea surface.

Earlier, Yusuf Latif, the spokesman of the national search and rescue agency, said there were unlikely to be survivors.

Finding survivors “would be a miracle”, Latif added, judging by the condition of the recovered debris and body parts.

A witness in the Karawang district said he had heard an explosion from the beach around the time the aircraft went down.

“I thought it was thunder, but it was different from thunder – ‘Boom!’ – It was loud,” said Dadang Hambali.

In a statement, Lion Air said human remains had been collected in 24 body bags after sweeps of the crash site, which is about 15 km (nine miles) off the coast to the northeast of Jakarta.

Authorities told broadcaster Metro TV the bags were taken to a hospital for identification, with more expected overnight.

On tarpaulins at Jakarta’s port, officers laid out items retrieved from the sea, ranging from oxygen bottles to personal effects such as wallets, a mobile telephone, cash and backpacks. 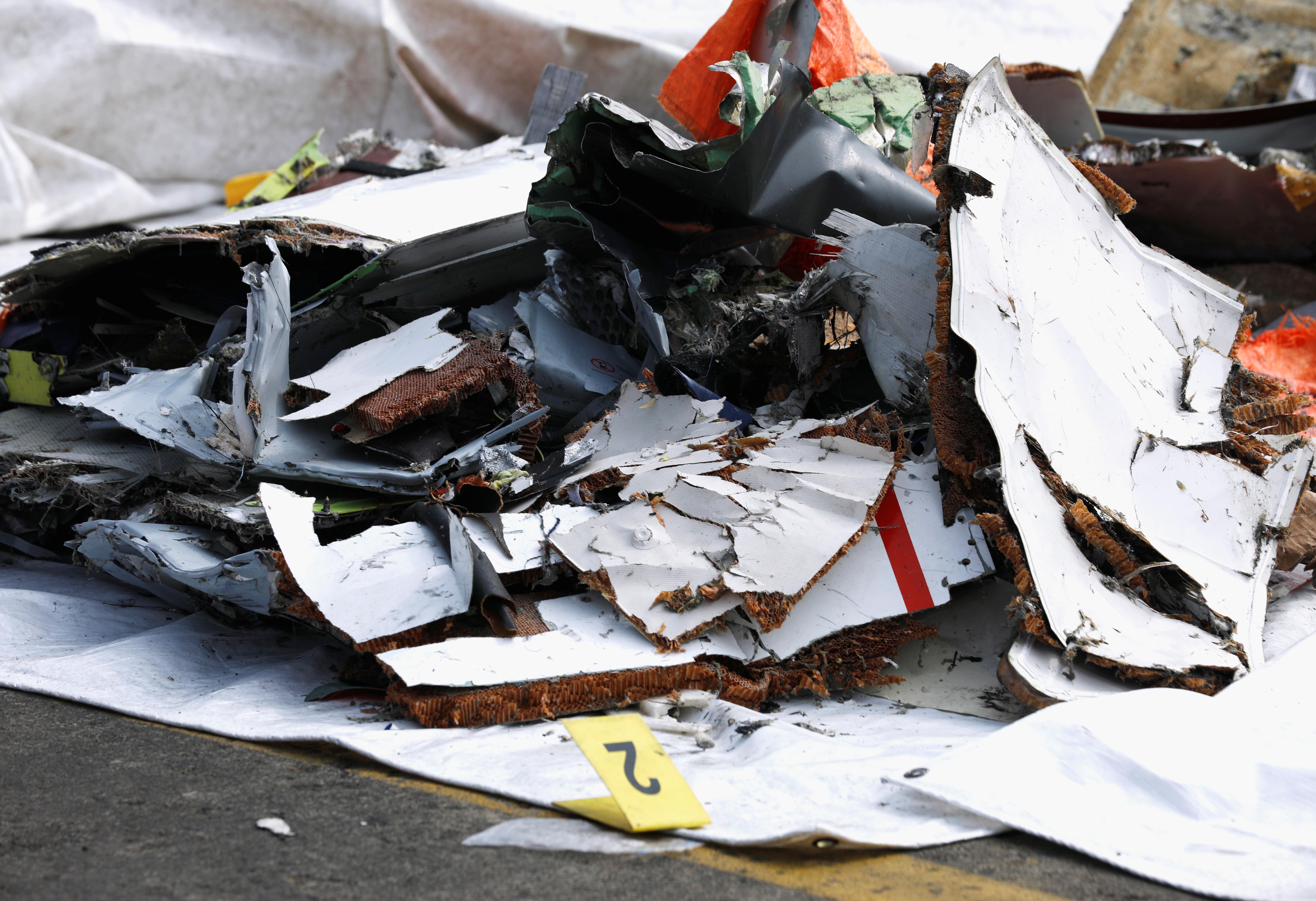 Indonesia is one of the world’s fastest-growing aviation markets, but its safety record is patchy. If all aboard have died, the crash will be its second-worst air disaster since 1997, industry experts said.

On Monday, the U.S. National Transportation Safety Board (NTSB) and Boeing Co (BA.N) said they were providing assistance in the crash investigation.

The accident is the first to be reported involving the widely sold Boeing 737 MAX, an updated, more fuel-efficient version of the manufacturer’s workhorse single-aisle jet.

Privately owned Lion Air said the aircraft, which had been in operation since August, was airworthy, with its pilot and co-pilot together having amassed 11,000 hours of flying time.

The pilot of flight JT610, which was bound for Pangkal Pinang in the Bangka-Belitung tin-mining region, had asked to return to base (RTB) shortly after take-off.

“An RTB was requested and had been approved but we’re still trying to figure out the reason,” Tjahjono told reporters on Monday.

The aircraft suffered a technical problem on a flight from the resort island of Bali to Jakarta on Sunday night but it was “resolved according to procedure”, Edward Sirait, chief executive of Lion Air Group, told reporters.

Sirait declined to specify the nature of the issue but said none of the airline’s other aircraft of that model had the same problem. Lion had operated 11 Boeing 737 MAX 8s and it had no plan to ground the rest of them, he said.

The search had been stopped for the night, said Bambang Suryo, an official of Indonesia’s search and rescue agency, although sonar vessels and an underwater drone continued hunting for the wreckage, where many victims were feared trapped.