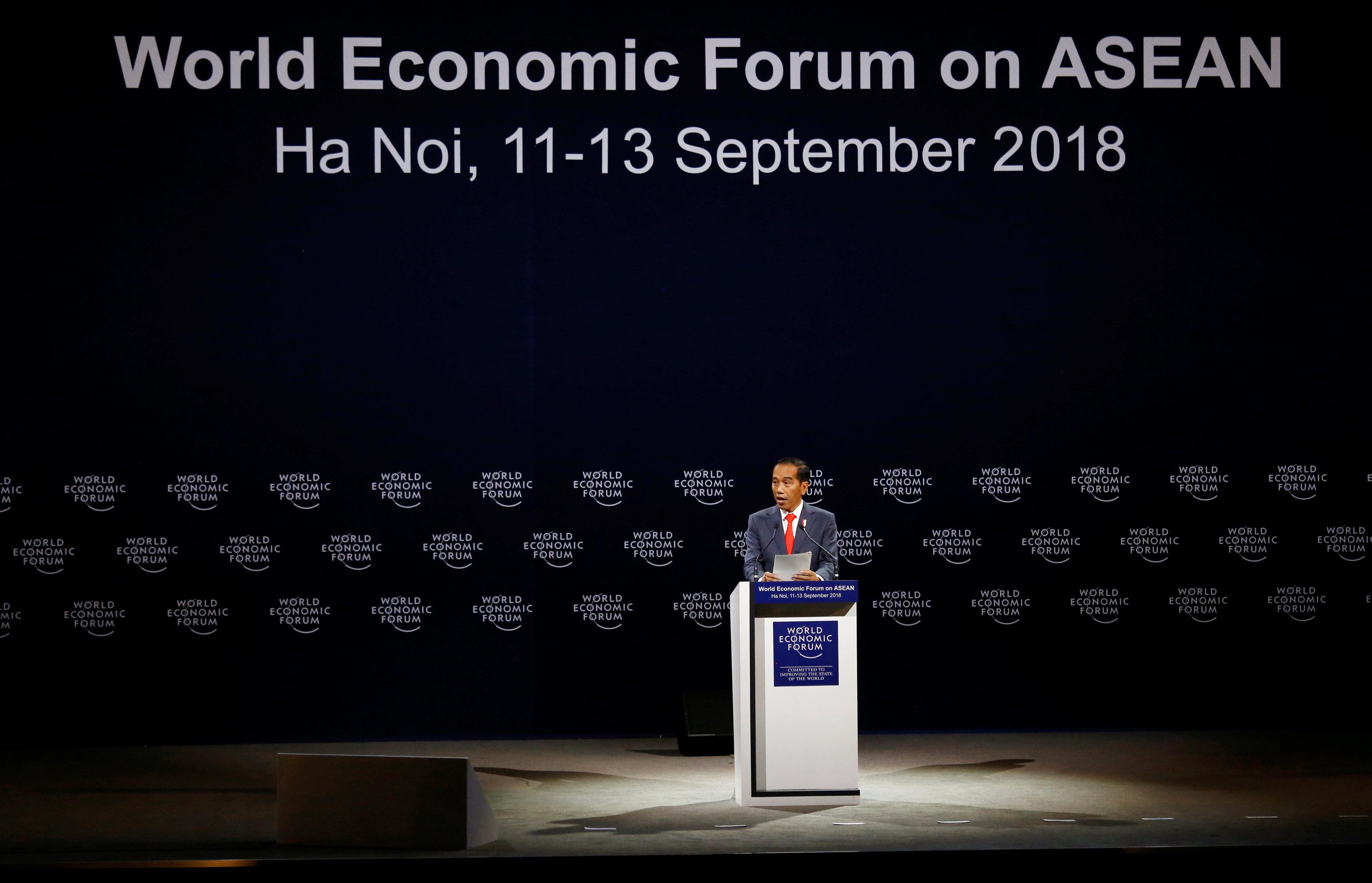 At next year’s election on April 17, the former furniture salesman seeks to repeat his 2014 defeat of Prabowo Subianto, a retired special forces commander, when Widodo won a narrow victory after a fierce battle.

Now each is pushing a nationalistic economic platform, but issues of race and religion loom large in the battle to run the world’s largest Muslim-majority country, whose reputation for pluralism is threatened by growing conservatism.

“Differences in voting are fine, but don’t forget our unity as a people, as a country,” Widodo told reporters in downtown Jakarta just hours before drawing a number at the election commission to decide his position on the ballot.

“What’s important is not to let there be divisions between people, friends, communities.”

Opinion polls give Widodo a double-digit lead over Prabowo, as he is usually referred to by Indonesians, but some show the gap narrowing as the campaign begins.

Both sides are battling for the support of Indonesia’s roughly 80 million millennials, who form more than 40 percent of voters.

Widodo’s advisers have pored over surveys of millennials’ views and one, who declined to be identified without authorization to speak to the media, said “sports, music, and film” were being targeted for their appeal to the group.

Indonesians are avid users of social media, which is crucial to election canvassing in the sprawling archipelago.

A video sequence featuring the 57-year-old president in a motorbike stunt last month, when he appeared to roar into the opening ceremony of the Asian Games, proved wildly popular.

Footage of Widodo doing a dance move with K-Pop band Super Junior on a visit to Seoul went viral, and a quip in an economic speech that he was one of a team of superheroes, “The Avengers”, fighting trade wars, spawned memes and hashtags.

By contrast, the opposition is deploying its online slogan ‘#GantiPresiden2019’ (Change the President in 2019), to highlight growing economic pressure, as the rupiah currency has plunged 9 percent this year in an emerging market selloff.

Fuad Bawazier, a former finance minister who is an economic adviser to Prabowo, dismisses the government’s measures to maintain economic stability as “rhetoric”.

The opposition accuses Widodo of failing to reduce income inequality and deliver on a 2014 campaign pledge of 7 percent growth. It vows to “save Indonesia from an economic downturn” in its manifesto.

Although growth has stalled at about 5 percent in recent years, Widodo can justify his image of a hands-on leader by pointing to a boom in infrastructure projects, ranging from airports to subways, and a dramatic slashing of red tape.

“But the way the economy goes is going to be very important.”

The most incendiary attacks have targeted Widodo’s religion and ethnicity, such as false accusations that he is a Christian and the son of Chinese communists.

To blunt such claims, Widodo chose as his running mate a conservative cleric from Indonesia’s largest Muslim group, Nahdlatul Ulama (NU), which has around 40 million members.

But some Widodo supporters took issue with Amin, 75, to whom they attribute a key role in fuelling intolerance.

“There is a real fear his conservatism could influence the policy climate and the direction the country is moving in,” said a senior member of the NU group who is close to Widodo.

“Jokowi will have to come up with a well-thought-out strategy to contain Ma’ruf Amin’s conservative influence,” added the NU source, who sought anonymity because the topic is sensitive.

By contrast, Prabowo chose 49-year-old Sandiaga Uno – a suave, U.S.-educated businessman who ran successfully last year to be Jakarta’s vice governor, before resigning to be his running mate.

Prabowo has also long courted Islamist groups, and this week accepted endorsement by hardline clerics who were behind mass protests last year that brought down Jakarta’s then governor, an ethnic Chinese Christian.