LENDE TOVEA, Indonesia (Reuters) – The lives of many villagers living at the epicenter of a devastating earthquake that struck Indonesia’s Sulawesi island and killed more than 1,600 people were spared because they had been terrified by a smaller one that hit three hours earlier. 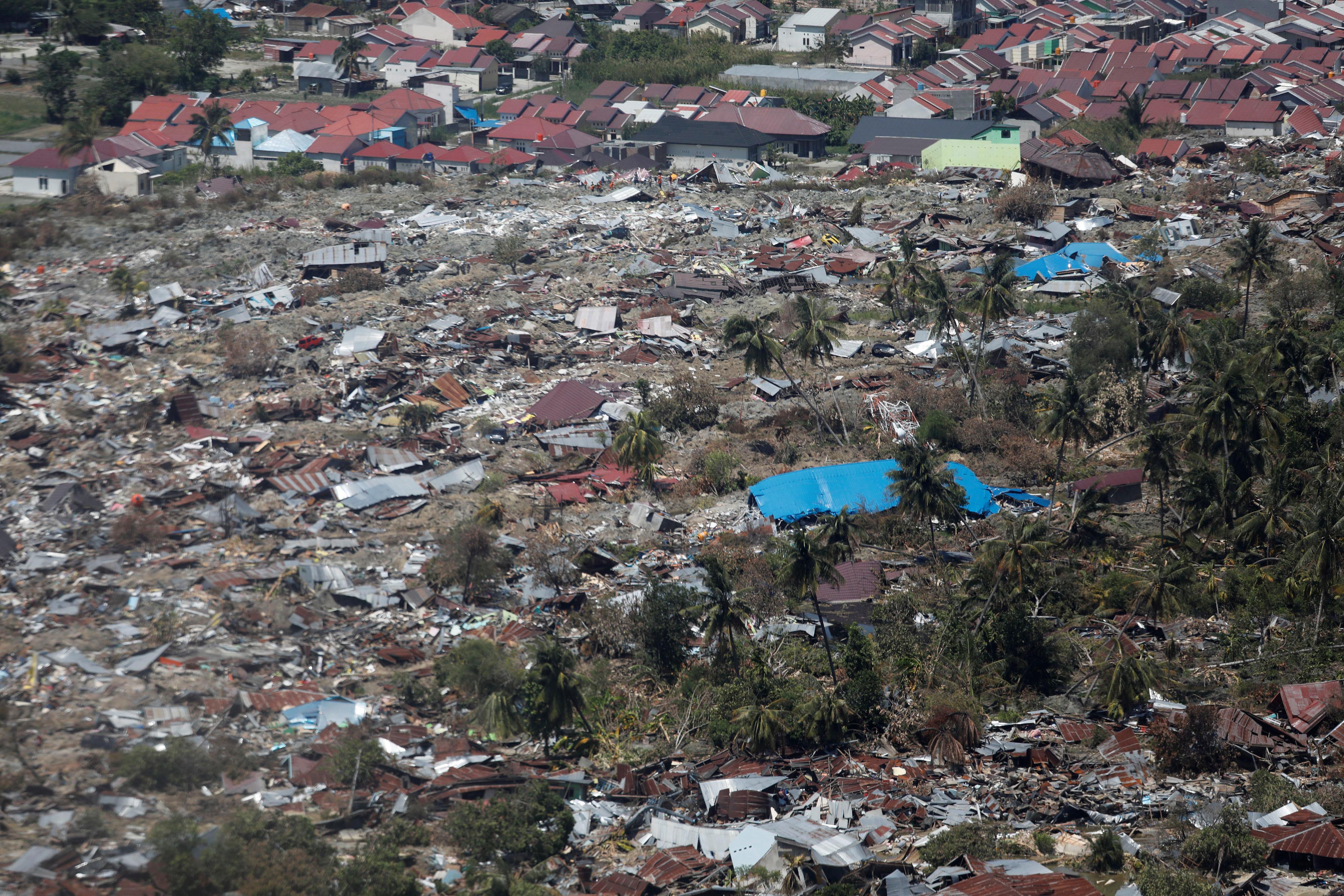 A coastal strip dotted with villages north of the devastated city of Palu was cut off for nearly a week by landslides blocking its single road link after the major 7.5 magnitude quake struck late in the afternoon on Sept. 28.

But the way is now open and aid is starting to trickle in to the area that rescue workers feared had been obliterated.

While destruction is extensive, with many houses destroyed, villagers said on Saturday countless lives were saved by a 6.1 magnitude quake that struck about 20 km (12 miles) to the south about three hours earlier.

“Everyone ran outside when the first quake happened and few people were brave enough to go back in.”

Authorities have yet to conduct a tally of casualties in Sirenja and the other districts near the epicenter north of Palu, but Lakuaci estimated dozens of people had been killed in the area.

The city of Palu, on the other hand, 78 km (48 miles) away, suffered heavy casualties, with hotels, shopping malls and countless houses destroyed in the quake and by a tsunami that scoured the city’s oceanfront shortly after.

Soil liquefaction, a phenomenon that turns the ground into a roiling quagmire, also killed many hundreds of people in and around Palu.

But that did not happen near the epicenter of the quake and, even though many villagers ran up into the hills rising to the east of the coastline, tsunami waves did not crash into the small fishing communities and pretty beaches.

The quake brought down power lines and communications networks and more than half the houses in Sirenja district were destroyed. Those left standing were so battered they were “not fit for use”, Lakuaci said.

Most would have to torn down and rebuilt, he said.

People have survived the past week by searching for food in fields and orchards and scavenging in the forested hills.

Thousands of people are living in tents and crude shelters and some supplies have been flow in by helicopter.

“What we need most now are tents and medicine,” Lakuaci said. Children and the elderly were starting to get sick and fuel was also in very short supply, he said.

The area saw no looting after the quake, unlike in Palu, largely because there are no big warehouses and village leaders mobilized their volunteers to maintain order, villagers said.