TORONTO/CAIRO (Reuters) – Canadian police denied claims on Wednesday by Islamic State that it was responsible for a weekend shooting in Toronto that killed two people and wounded 13.

Faisal Hussain, 29, was identified by police as the gunman who opened fire on a busy Toronto street, killing a 10-year-old girl and an 18-year-old woman. He was found dead shortly after the shooting, authorities said.

Islamic State said he “was a soldier of the Islamic State and carried out the attack in response to calls to target the citizens of the coalition countries.”

The group did not provide further detail or evidence for the claim made by its AMAQ news agency.

“At this stage, we have no evidence to support these claims,” said Toronto Police Chief Mark Saunders.

Police are seen near the scene of a mass shooting in Toronto, Canada, July 22, 2018. REUTERS/Chris Helgren TPX IMAGES OF THE DAY

“We will continue to explore every investigative avenue including interviewing those who knew Mr. Hussain, reviewing his online activity, and looking into his experiences with mental health.”

Hussain’s family said their son, who worked in a grocery store but spent much of his time at home, struggled with severe mental illness.

Police said it was not yet known how Hussain obtained a gun.

The Canadian Broadcasting Corporation, citing an unnamed police source, said on Wednesday that he got the gun from his brother and the weapon was traced to the United States.

The brother has been in a coma for some time, neighbours told Reuters, and is hospitalized. A sister died after a car accident several years ago. 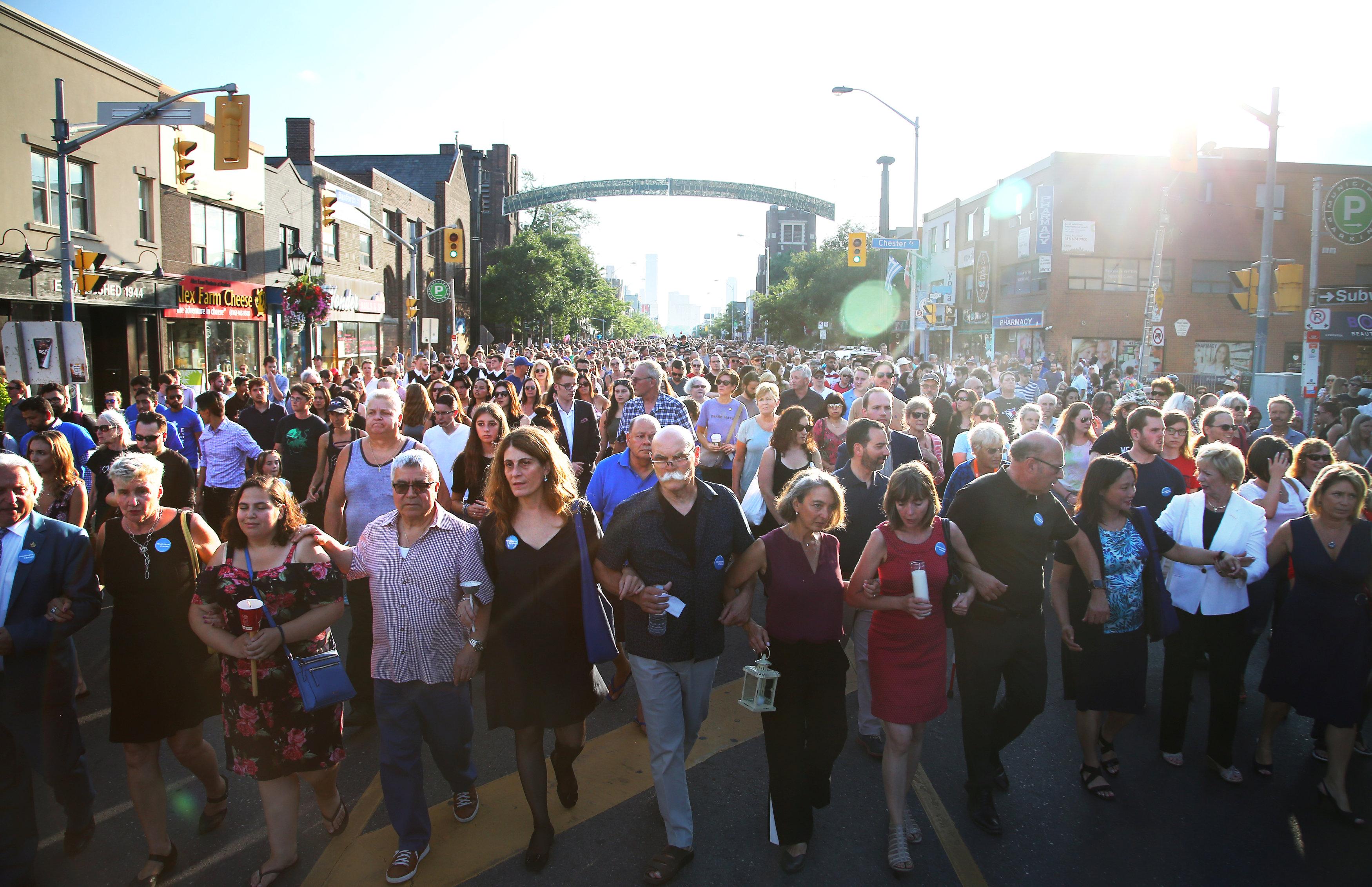