SEOUL (Reuters) – Japan should refrain from flying the “Rising Sun” flag on a warship in a fleet review planned in South Korea next week, a North Korean propaganda website said on Friday, joining South Koreans in the latest spat over the countries’ colonial history. 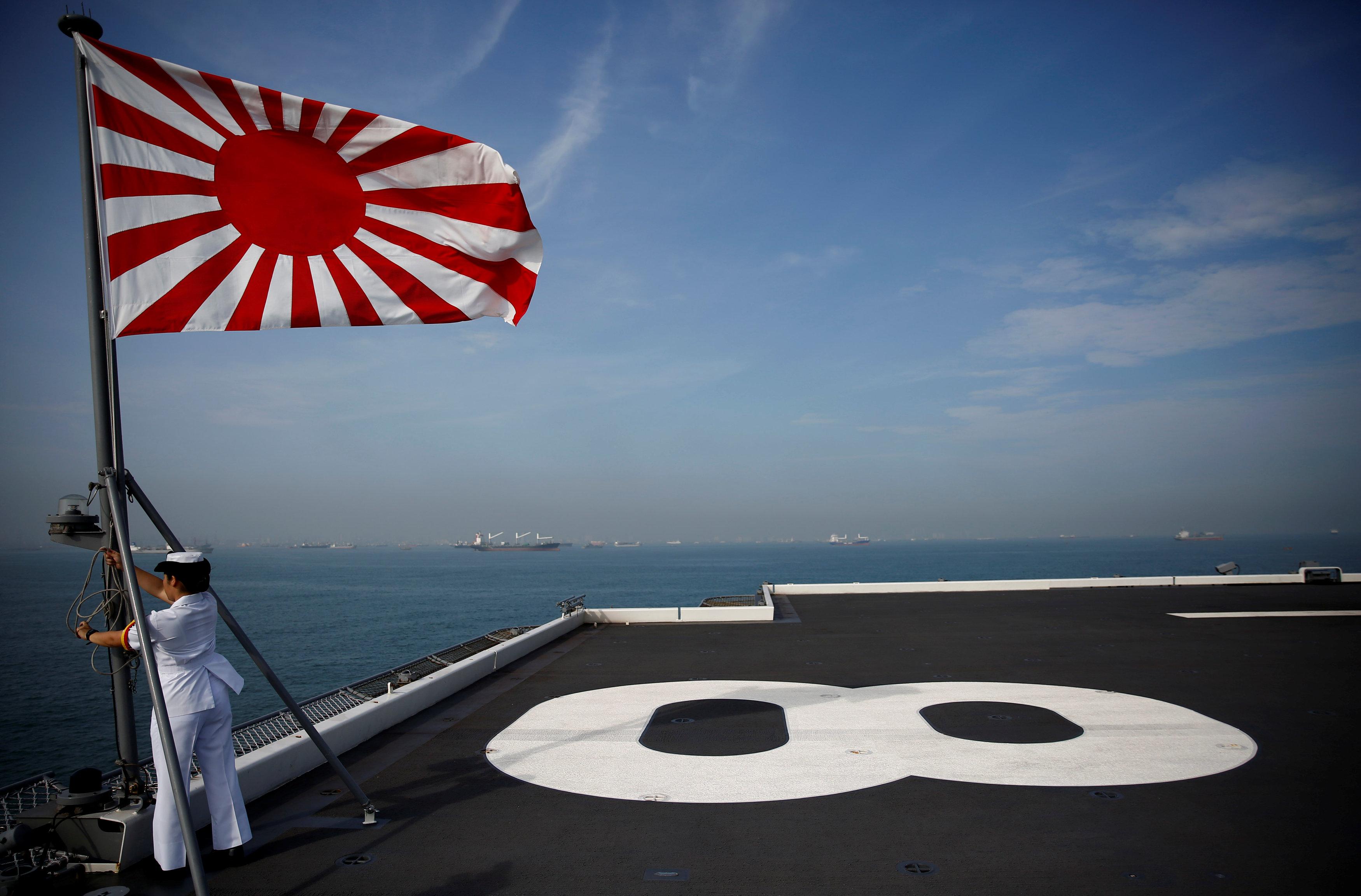 Relations between the neighbors and Japan have long been strained by lingering resentment over Japanese colonization, territorial disputes and the issue of girls and women forced to work in Japan’s wartime brothels.

Many people in both Koreas see the red-and-white flag as a symbol of Japan’s past military aggression and its occupation of the Korean peninsula from 1910 to 1945.

“The ‘Rising Sun’ flag is a war-crime flag that the 20th-century Japanese imperialists used when executing their barbaric invasions into our nation and other Asian nations,” North Korea’s state-controlled Uriminjokkiri website said. 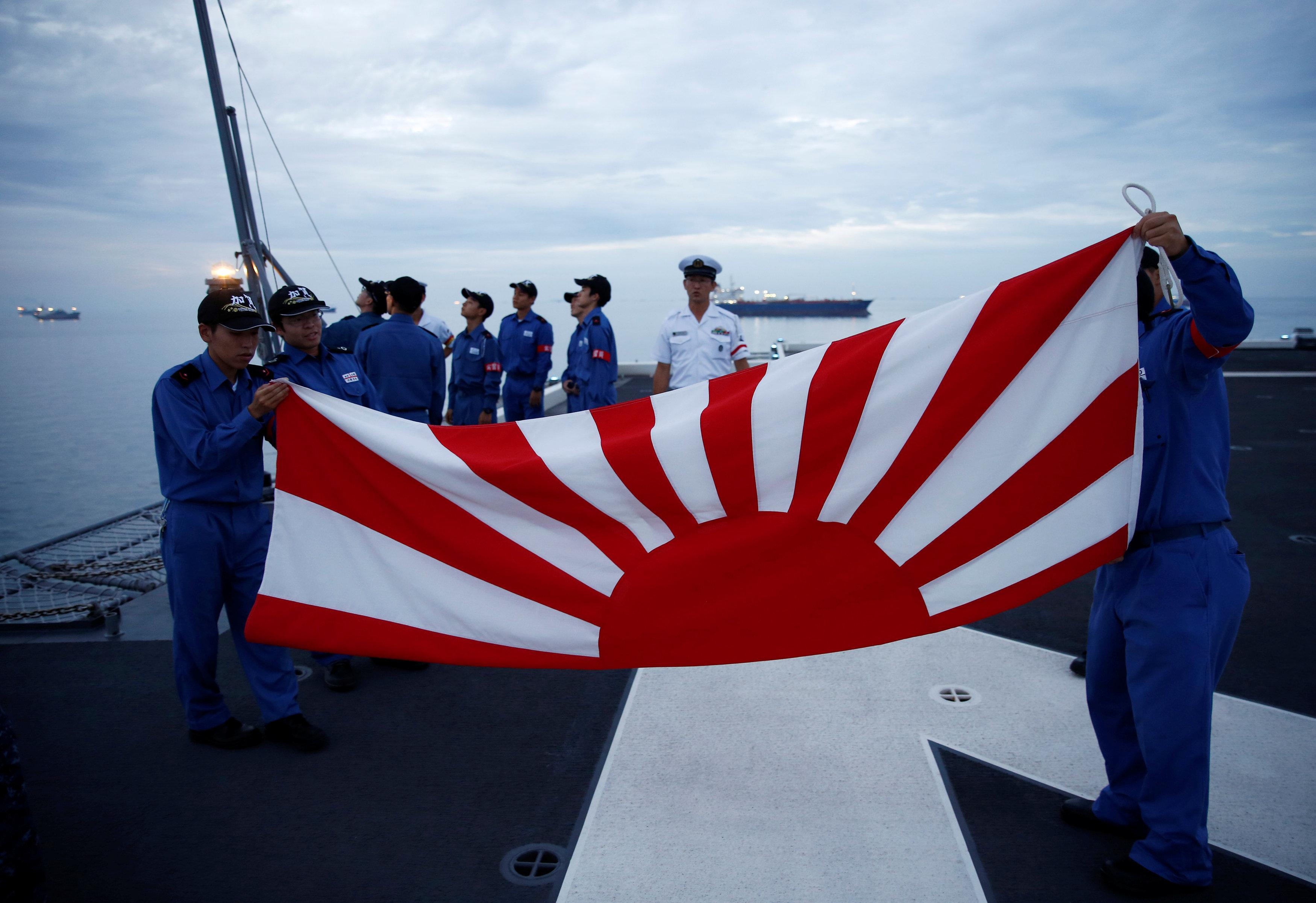 “Planning to enter flying the ‘Rising Sun’ flag is an unbearable insult and ridicule to our people.”

In South Korea, which has formally asked Japan to reconsider flying the flag, articles about the controversy are among the most widely read on social media, with the president’s office receiving 250 petitions for the Japanese ship to be barred.

The South Korean Navy said on Friday that Japanese naval ships flew the ensign when they participated in fleet reviews in 1998 and 2008, but it has asked all ships at this year’s naval review to display national flags and the South Korean flag.

The “Rising Sun” ensign, used by the Japanese Imperial Navy in campaigns around Asia and the Pacific before and during World War Two, was adopted by the Maritime Self-Defense Force in 1954.

Variations of the flag are used by the ground Self-Defense Force and on the fatigues of some Japanese sailors, but some South Koreans liken the ensign to Nazi symbols such as the swastika. 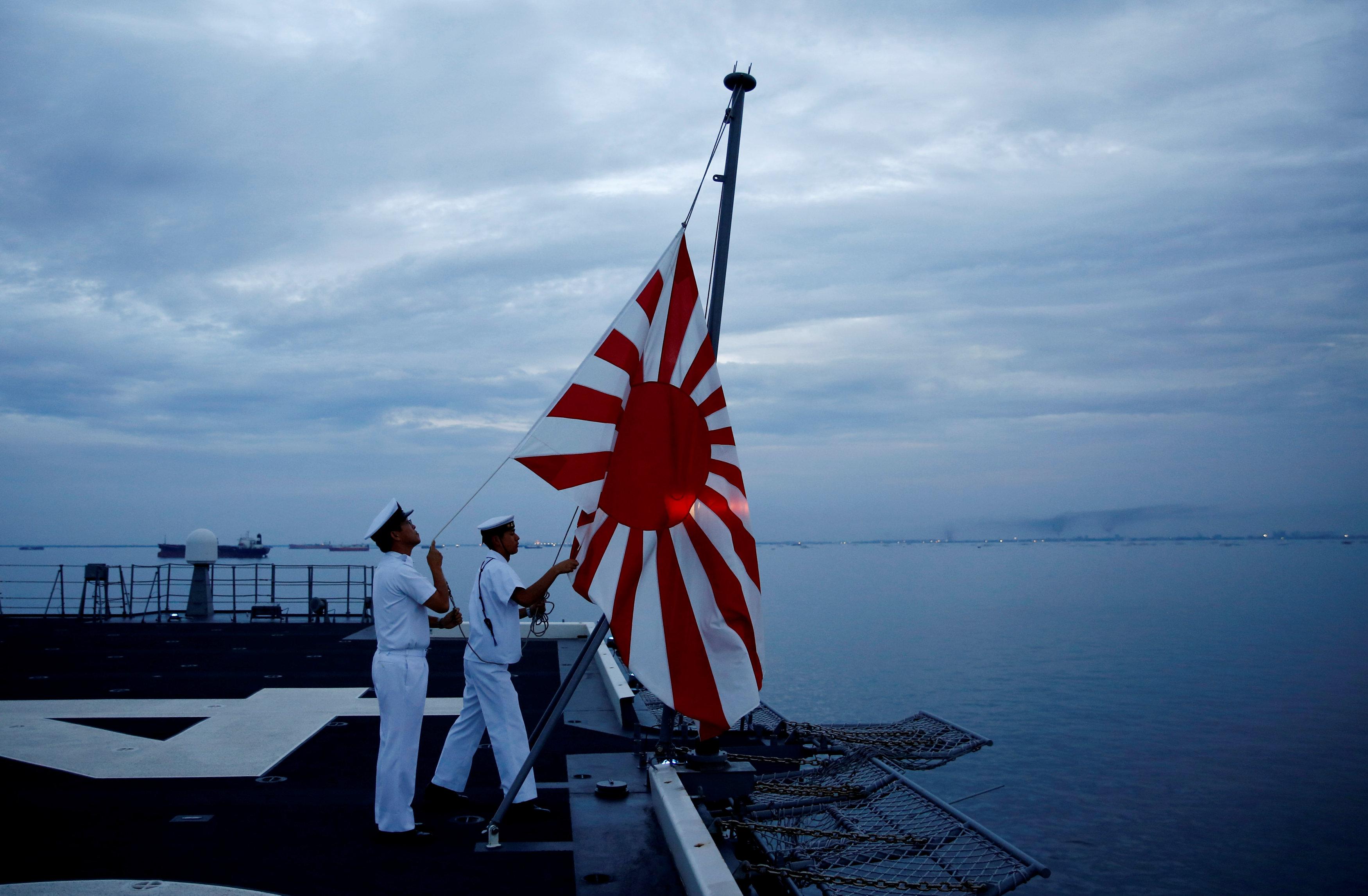 Japanese officials have signaled the flag will be flown, despite the protests.

“Hoisting of the Maritime Self-Defence Force ensign is required by law,” Katsutoshi Kawano, the chief of staff of Japan’s Self Defence Forces, told reporters on Thursday.

“Members take pride in the ensign, and we will never go there with the flag unhoisted.”

South Korea’s foreign ministry had “conveyed our stance that the Japanese side should fully consider the Rising Sun flag’s emotional connotation to our people,” Foreign Minister Kang Kyung-wha said on Thursday.

Japan is a key player in United States-led efforts to isolate and punish North Korea over its nuclear weapons and ballistic missiles.

But it has remained a major target of criticism, despite warming ties between Pyongyang and Seoul as the North’s leader Kim Jong Un engaged in a flurry of diplomacy this year, during which he also met leaders of the United States and China.

Japan and South Korea often trade barbs over disputed islands known as Takeshima in Japan and Dokdo in Korea.