ISLAMABAD (Reuters) – Pakistan’s cricket legend Imran Khan declared victory on Thursday in a divisive general election and said he was ready to lead the nuclear-armed country after a long delay in ballot counting and allegations of vote rigging by most opponents.

“God has given me a chance to come to power to implement that ideology which I started 22 years ago,” Khan, 65, said in a televised speech from his house near the capital Islamabad.

But supporters of jailed former Prime Minister Nawaz Sharif, who accuse Khan of colluding with the army, said the vote count was rigged and termed it an assault on democracy in a country that has a history of military rule.

Oxford-educated Khan called for “mutually beneficial” ties with Pakistan’s on-off ally the United States, and offered an olive branch to arch-foe India, saying the two nations should resolve the long-simmering dispute over Kashmir.

In a speech peppered with populist pledges, Khan promised to create jobs for the poor and announced he would turn the palatial prime minister’s official residence in the capital into an education facility instead of living in it.

His success in the election is a stunning rise for an anti-corruption crusader who has spent much of his political career on the fringes of Pakistani politics.

With about half the votes counted from Wednesday’s election, Khan’s Pakistan Tehreek-i-Insaf (PTI), or Pakistan Movement for Justice, was in a commanding lead in the Muslim-majority nation, the country’s election commission said.

Sharif’s Pakistan Muslim League-Nawaz (PML-N) and rival Pakistan Peoples Party (PPP) both said their party monitors in many voting centers were either kicked out during counting or had not received the official notifications of the precinct’s results, but instead got hand-written tallies that they could not verify.

“It is a sheer rigging. The way the people’s mandate has blatantly been insulted, it is intolerable,” Shehbaz, PML-N president and Nawaz Sharif’s brother, told a news conference.

Khan has staunchly denied allegations by PML-N that he is getting help from the military, which has ruled Pakistan for about half of its history and still sets key security and foreign policy.

The army, which dismisses allegations of meddling, deployed 371,000 soldiers at polling stations across the country, nearly five times the number as in last election in 2013.

Khan offered to investigate all the claims of rigging and said he wants to “unite” the country under his leadership.

Pakistan faces a mounting economic crisis that is likely to require a bailout from the International Monetary Fund, although PTI has not ruled out seeking succour from China, Islamabad’s closest ally.

Election Commission of Pakistan (ECP) secretary Babar Yaqoob told reporters early on Thursday that counting had been delayed by technical failures in an electronic reporting system and the tallying was now being conducted manually. The results had been due by around 2 a.m. (2100 GMT on Wednesday).

“There’s no conspiracy, nor any pressure in delay of the results. The delay is being caused because the result transmission system has collapsed,” Yaqoob said.

With 48 percent of the total vote counted, Khan’s PTI was listed by the ECP in its provisional results as leading in 113 of 272 contested National Assembly constituencies.

Sharif’s PML-N was ahead in 64 constituencies, and the PPP, led by the son of assassinated two-time prime minister Benazir Bhutto, led in 42 constituencies. 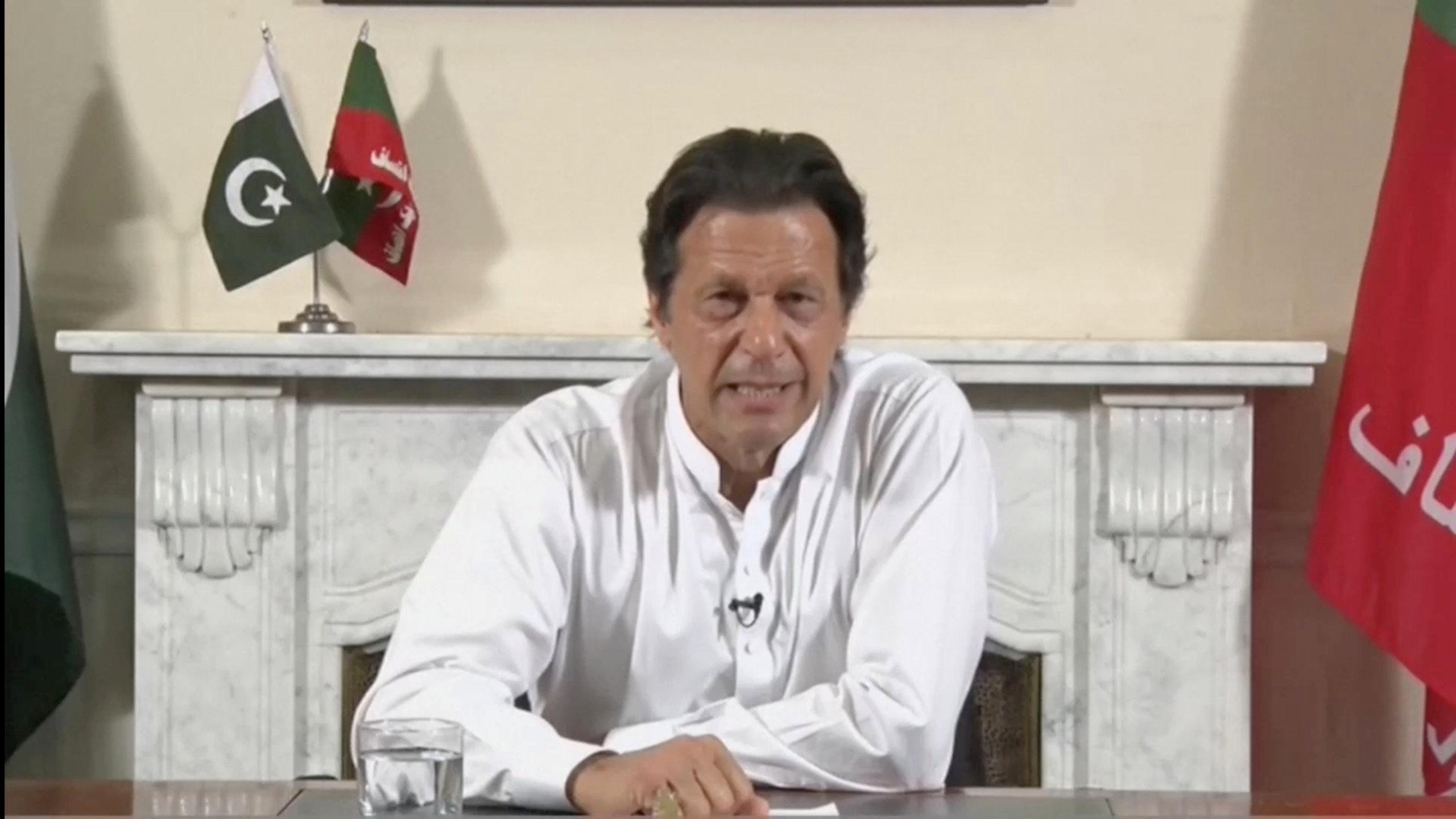 Although Khan still appeared likely to fall short of the 137 seats needed for a majority in the National Assembly, he should have no problems finding coalition partners from smaller parties and independents.

An icon of Pakistani cricket and a London playboy who has transformed himself into a pious, firebrand nationalist, Khan’s campaign speeches were littered with anti-America rhetoric and baiting of India.

But in his first speech as premier-in-waiting, Khan sought to improve ties with Pakistan’s neighbors at a time the country is becoming increasingly isolated over its alleged links with Islamist militants in Afghanistan.

He called for a “balanced relationship” with Washington, which has taken a firmer line on Pakistan under President Donald Trump, suspending aid and even convincing Western allies to put Pakistan on a terror financing watchlist earlier this year.

Quipping that Indian media had recently portrayed him like a “villain in a Bollywood movie”, Khan’s overtures to New Delhi included calls for better trade ties to reduce poverty and to sit down and discuss Kashmir, a disputed region that was the cause of two of the three wars between the neighbors.

Investors welcomed Khan’s election success, with Pakistan’s benchmark 100-share index .KSE surging as much as 1.9 percent to 42,136 points in early trade, before closing 1.8 percent up. Analysts said there was relief Khan was unlikely to have to rely on major opposition parties in a messy coalition.

Khan has promised an “Islamic welfare state” and cast his populist campaign as a battle to topple a predatory political elite hindering development in the impoverished nation of 208 million, where the illiteracy rate hovers above 40 percent.

“Accountability will start with me, then my ministers, and then we will work our way down,” Khan said. “I want all of Pakistan to be united in this moment.”