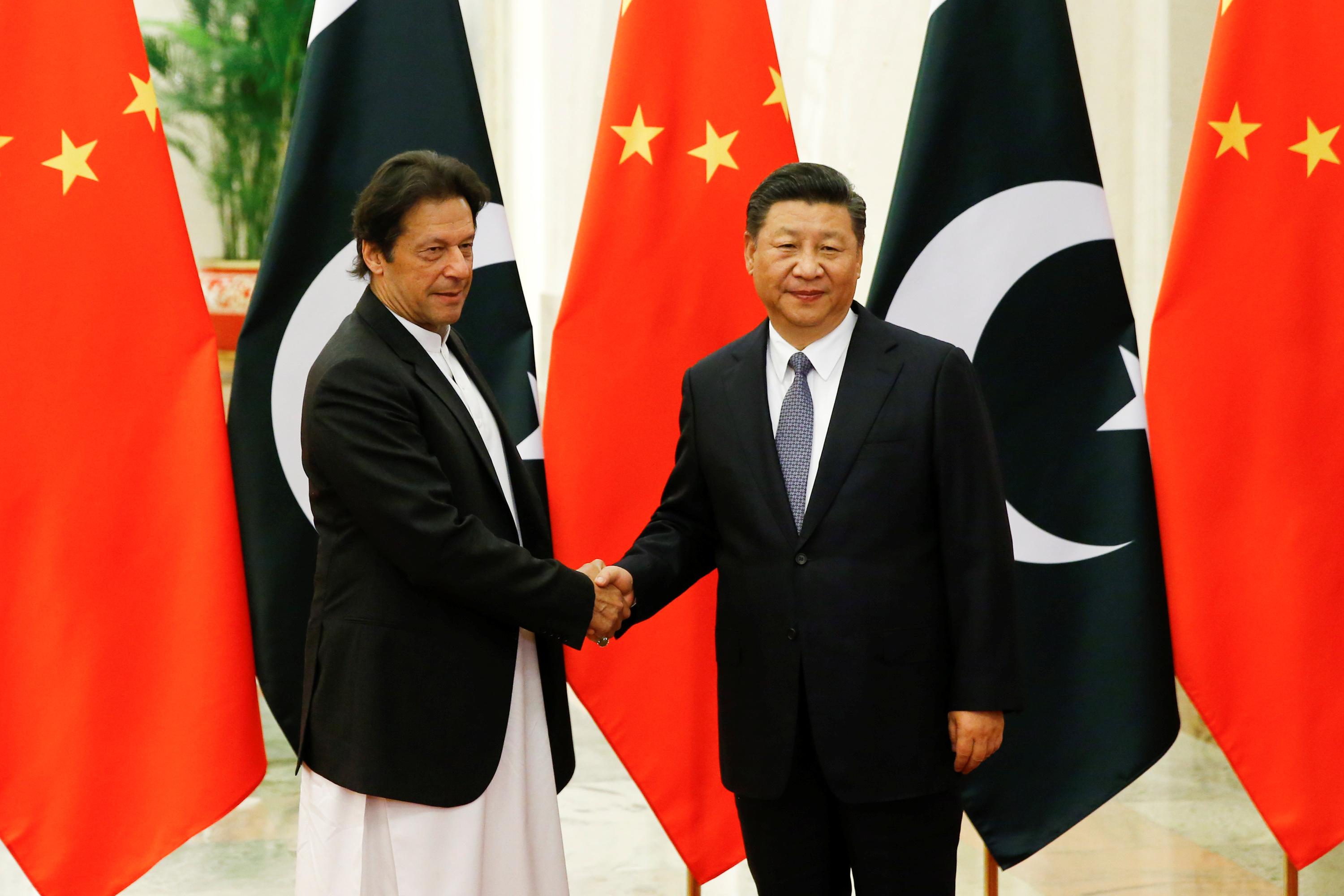 Pakistan’s foreign reserves have plunged 42 percent since the start of the year and now stand at about $8 billion, or less than two months of import cover.

Last month, Pakistan received a $6 billion rescue package from Saudi Arabia, but officials say it is not enough and the country still plans to seek a bailout from the International Monetary Fund (IMF) to avert a balance of payments crisis.

It would be Pakistan’s 13th rescue package from the multilateral lender since the late 1980s.

“My party has only been in power for two months. Unfortunately we have inherited a very difficult economic situation,” Khan said.

“Countries go in cycles. They have their high points, they have their low points. Unfortunately, our country is going through a low point at the moment with two very big deficits, a fiscal deficit and a current account deficit. And so we, as I’ve said, have come to learn.”

Xi told Khan that he highly valued the two country’s relations, reaffirming they were “all-weather” friends.

“I attach great importance to China-Pakistan relations and am willing to work together with the prime minister to strengthen the China-Pakistan all-weather strategic partnership and build a new era of China-Pakistan destiny,” Xi said.

Neither man mentioned any economic aid in comments made in front of reporters.

Khan, accompanied by Foreign Minister Shah Mahmood Qureshi, will meet Chinese Premier Li Keqiang on Saturday, when the two countries are expected to sign a series of agreements.

Though China is Pakistan’s closest ally, Khan’s newly elected government has sought to re-think the two countries’ signature project, the $60 billion China-Pakistan Economic Corridor (CPEC), which Beijing touts as the flagship infrastructure program in its vast Belt and Road Initiative.

Pakistan has sought to amend CPEC to put greater emphasis on projects that focus on social development, rather than purely on infrastructure.

After visiting Beijing, Khan is set to be a key note speaker at a major import fair in Shanghai, an event being touted by China as an opportunity to show the world the country welcomes foreign companies and their products.

Khan is in China amid unrest at home over the acquittal of a Pakistani Christian woman on death row for blasphemy, which has prompted an ultra-Islamist party to block roads in protest.