ANCHORAGE, Alaska (Reuters) – China will be part of the solution to the North Korean crisis, U.S. Secretary of State Mike Pompeo said on Friday, brushing aside the possibility that worsening U.S. tensions with Beijing could hamper efforts to persuade Pyongyang to give up its nuclear weapons. 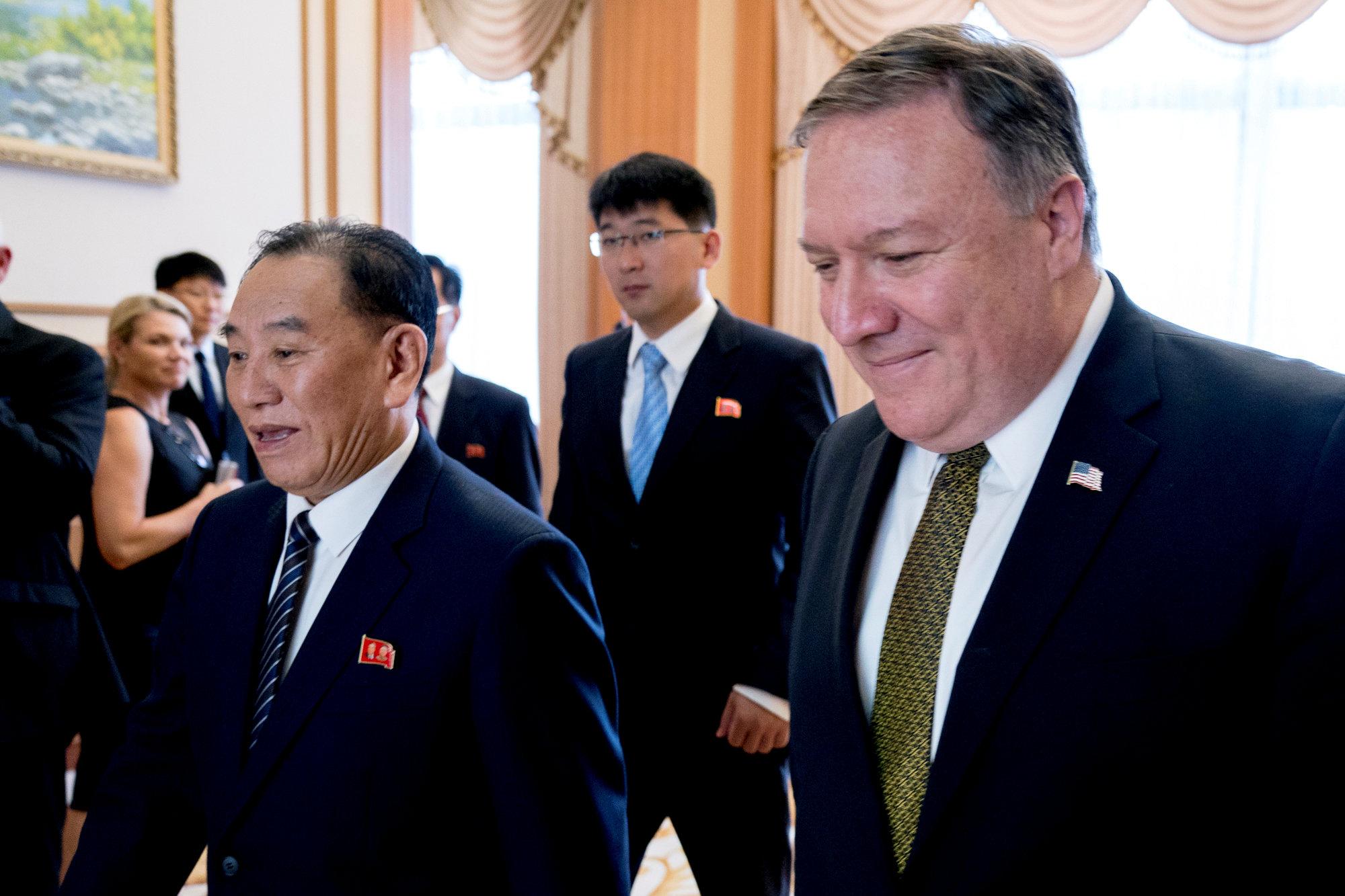 Speaking to a pool reporter en route to his fourth visit this year to North Korea, Pompeo said the aim of his talks in Pyongyang at the weekend would be “to make sure we understand what each side is truly trying to achieve.”

He said he also hoped to be able to agree a “general date and location” for a second summit between U.S. President Donald Trump and North Korean leader Kim Jong Un.

Asked whether increasing tensions with China would hamper his efforts after Vice President Mike Pence on Thursday signaled a tough new approach to Beijing going beyond a bitter trade war, Pompeo said China had consistently made clear it wanted to see North Korean denuclearization.

“And they have said in spite of places where we have disagreements and other things – we have had disagreement on trade and the like – that they are determined to support our efforts to see this through to its completion, consistently since we first began this process,” he said.

“We know that China is going to be part of the solution, that’ll ultimately be when we get to the end,” he said. “If we do this well we will have signed a peace treaty that ends the armistice, that China will be part of that.”

Kim pledged at an unprecedented June 12 meeting with Trump to work toward denuclearization of the Korean peninsula, but his actions since have fallen short of Washington’s demands for irreversible steps to give up an arsenal that potentially threatens the United States.

Pompeo declined to give details of his planned negotiations when asked if he would agree to North Korean demands for a declaration to end the 1950-53 Korean War or to South Korea’s suggestion that to break the current stalemate, he should avoid pressing again for an inventory of North Korea’s nuclear weapons.

Pompeo’s last trip to North Korea did not go well. He left Pyongyang in July hailing progress, only for North Korea to denounce him for making “gangster-like demands.”

Pompeo has angered North Korea recently by insisting that international sanctions must remain in place until it gives up its nuclear weapons. On Wednesday, he said there was unanimous support for this at last week’s U.N. General Assembly, even if Russia and China “had some ideas about how we might begin to think about a time when it would be appropriate to reduce them.”

Pompeo will visit Japan on Saturday before heading to Pyongyang, where he is due to arrive on Sunday morning local time, or on Saturday evening U.S. East Coast time.

After a stop in Seoul, Pompeo is due to head to China on Monday.

He said that in Beijing, if it was like previous visits, he would meet the Chinese government’s top diplomat, Foreign Minister and State Councilor Wang Yi, and his predecessor Yang Jiechi.