AL-SURMAN VILLAGE, Syria (Reuters) – The red Turkish flag fluttering on the outskirts of the Syrian village of al-Surman has been seen by residents as a shield against government attack since Turkish troops arrived in February. But their fears of an offensive are growing.

The village is situated in rebel-held territory near the frontline with government forces in the northwestern Idlib region, one of the last big strongholds of the opposition to President Bashar al-Assad.

The seven-year-long conflict may be about to pivot again to the northwest now that Assad, backed by Russia and Iran, has crushed the rebellion across much of the rest of the country. Assad has indicated Idlib could be his next target.

The entire population of al-Surman fled the village in January during the last big government attack in the area.

Some came back when the bombardment stopped. But most only returned once the Turks arrived to set up an observation post at its grain silos under an agreement between Turkey, Russia and Iran.

“Protection comes firstly from God, and after that it’s up to the Turks,” said Mohammad al-Youssef, 33, a resident of the village 40 km (25 miles) southeast of Idlib city.

Still, he says the Turkish presence offers only partial reassurance.

“There is constant worry because there are no promises the regime won’t advance,” he said.

Displaced Syrians have poured into Idlib from other parts of the country recovered by Assad. The possibility of an Idlib offensive has drawn warnings of yet another humanitarian catastrophe in a war that has killed hundreds of thousands of people and driven 11 million from their homes.

The United Nations has warned that up to 2.5 million people could flee toward the Turkish border in such a scenario.

This possibility is sounding alarm bells in Turkey, which is already hosting 3.5 million Syrian refugees and fears a government offensive would drive yet more over its border.

Turkish President Tayyip Erdogan is pressing his Russian counterpart Vladimir Putin over the issue, and has said Turkey – with NATO’s second-biggest army – cannot accept an offensive in Idlib.

Near al-Surman, thousands of people uprooted by the January offensive are still living in tents in olive and fig groves.

The local economy has ground to a halt in anticipation of an offensive. Factories known for the production of woven plastic mats have shut down and home repairs are being postponed.

“People are saying we will keep our money for the days to come, in case we are displaced,” Youssef said.

Turkish forces have deployed at 12 observation posts in the Idlib region under the agreement reached with Russia and Iran in the Kazakh capital of Astana. Under this agreement, Idlib is considered a “de-escalation” zone. 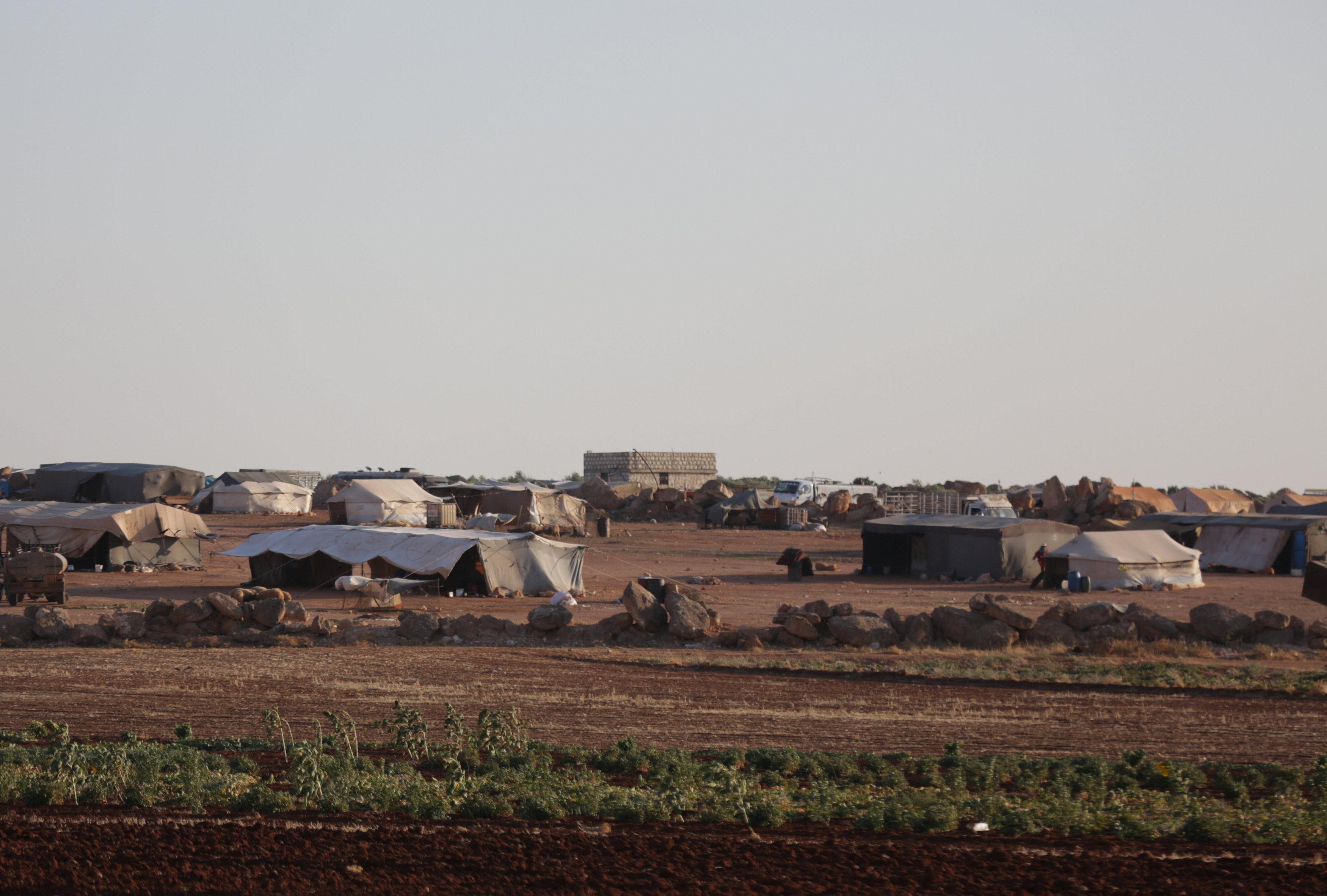 Erdogan has said the Astana accord could be destroyed if the government attacks.

The people in al-Surman are aware that their fate may hinge on international diplomacy. It gives them little comfort.

“We are awaiting conferences in the coming weeks to know Idlib’s fate,” said Khaled Daimes, 33, a factory owner. “We can only feel at ease when the guarantees come from the Turks,” he said. “I hope to see the Turks in the village square.”

He wants to see Turkish forces deploy into Idlib in the same kind of numbers they have sent into areas north of Aleppo. There, Turkey has carved out a de facto buffer zone outside any stated agreements with Russia or Iran.

Assad views the Turks as illegal occupiers and has vowed to recover “every inch” of Syria. Russia’s priorities, particularly its relationship with Turkey, are key to determining Idlib’s fate, analysts say.

Rebel commanders believe an offensive inevitable. This assessment has been hardened by the recent campaign in the southwestern region near Israel and Jordan, recovered by the government in a Russian-backed assault in a matter of weeks.

That region had also been declared a de-escalation zone in an agreement between the United States and Russia.

The commander of the rebel group Ahrar al-Sharqia said he was 90 percent certain that the government would attack Idlib once its offensive in the southwest is finished.

“We are working to prepare our fighters,” the commander, Abu Hatem Shaqra, said.

Asked whether Turkey would stand by rebels in the event of an attack, he said: “I can’t answer this question clearly. On one level, the Turkish brothers have many statements that Idlib is a red line. But on the ground nothing is clear.”