The deployment of soldiers and their beating of unarmed protesters set back President Emmerson Mnangagwa’s efforts to shed Zimbabwe’s pariah status after decades of repression under Robert Mugabe, who was ousted in a coup in November.

Even before the violence, European Union observers questioned the conduct of the presidential and parliamentary vote, the first since Mugabe’s forced resignation after nearly 40 years in charge of the southern African nation.

Zimbabwe’s electoral commission had said it would start announcing results for the presidential race from 10.30 GMT on Wednesday but that was then pushed back at least 24 hours. EU monitors said the delay was undermining the vote’s credibility.

Police spokeswoman Charity Charamba told state broadcaster Zimbabwe Broadcasting Corporation (ZBC) that the three people killed in the clashes had yet to be identified.

Gunfire crackled as troops, backed by armored vehicles and a military helicopter and some with their faces masked, cleared the streets of opposition protesters.

The unrest started soon after Nelson Chamisa, leader of the opposition Movement for Democratic Change (MDC), declared that he had won the popular vote.

After burning tires in the streets, scores of his supporters attacked riot police near the Zimbabwe Election Commission (ZEC) headquarters. Officers responded with tear gas and water cannon.

“I was making a peaceful protest. I was beaten by soldiers,” said Norest Kemvo, who had gashes to his face and right hand. “This is our government. This is exactly why we wanted change. They are stealing our election.”

Mnangagwa said the violence was meant to disrupt the election and blamed the MDC leadership.

“We hold the opposition MDC Alliance and its whole leadership responsible for this disturbance of national peace, which was meant to disrupt the electoral process,” Mnangagwa said, according to ZBC.

Chamisa’s spokesman, Nkululeko Sibanda, told reporters the army’s reaction was unjustified. “Today we saw the deployment of military tanks and firing of live ammunition on civilians for no apparent reason.”

Justice Minister Ziyambi Ziyambi said the army had been called in to ensure “peace and tranquillity”.

Charamba said the troops were deployed at the request of police who could not cope with the violence, and will remain under police command.

As gunfire reverberated through downtown Harare, Mnangagwa called for calm and urged patience while results were collated.

Many protesters accused the army of unprovoked brutality.

“We had no weapons. Why are the army here beating us? shooting us? This is not an election it is a disgrace on our country,” one young man, Colbert Mugwenhi, said.

“We are tired of them stealing our votes. This time we will not allow it, we will fight,” said a protester who wore a red MDC beret in central Harare.

A supporter of the opposition Movement for Democratic Change party (MDC) of Nelson Chamisa wears a cone as they block a street in Harare, Zimbabwe, August 1, 2018. REUTERS/Siphiwe Sibeko

EU observers voiced concern about delays in releasing the results of the presidential contest, a two-horse race between Chamisa and Mnangagwa, head of the ruling ZANU-PF party.

Without the international community’s stamp of approval for the election, Zimbabwe’s next leader will struggle to unlock the billions of dollars of international donor finance needed to get the shattered economy back on its feet.

With three seats yet to be declared in the parliamentary contest, ZANU-PF had 144 seats compared to 61 for the MDC, meaning the ruling party achieved the two-thirds majority that permits it to change the constitution at will.

Chamisa said the early release of the parliamentary results was a deliberate ploy to prepare Zimbabweans for a victory by Mnangagwa, a former national security chief nicknamed “The Crocodile” and commonly referred to by the initials ED.

“The strategy is meant to prepare Zimbabwe mentally to accept fake presidential results. We’ve more votes than ED. We won the popular vote (and) will defend it,” Chamisa said on Twitter.

Before the violence, EU Chief Observer Elmar Brok said he did not yet know if the shortcomings would have a material effect on the outcome of the vote, but criticized the electoral commission for being at times “one-sided”.

The EU assessment is critical in determining whether Zimbabwe can repair its image and attract the foreign investors needed for an economic revival.

Zimbabwe was once one of Africa’s most promising economies but descended into corruption, mismanagement and diplomatic isolation in the latter stages of Mugabe’s administration.

Its population of 13 million is struggling amid shortages of foreign currency, unemployment above 80 percent and lack of foreign investment. 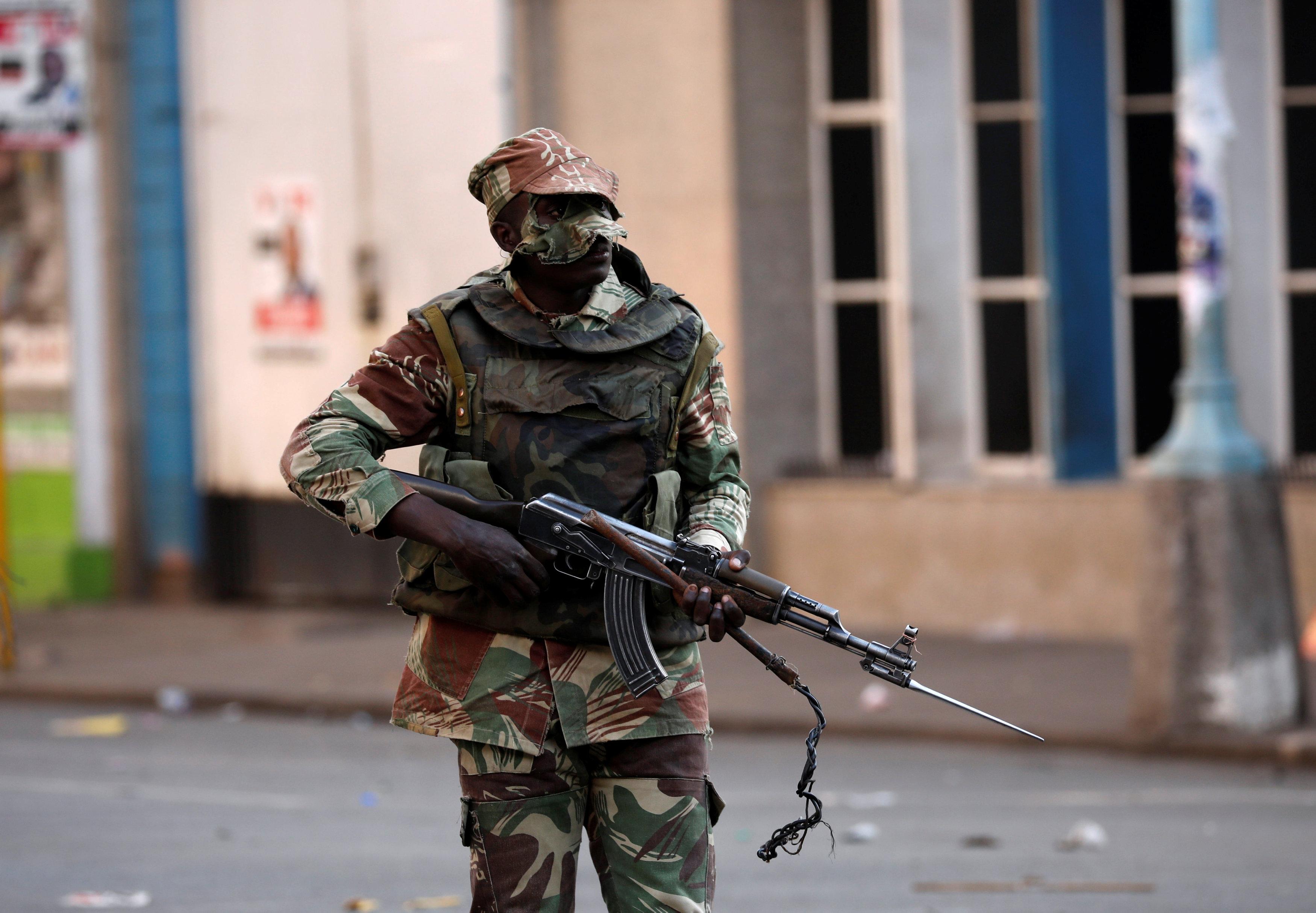