UNITED NATIONS (Reuters) – The United Nations General Assembly overwhelmingly adopted its 27th annual resolution calling for an end to the U.S. economic embargo on Cuba after a failed bid by Washington to amend the text to push Cuba to improve its human rights record. 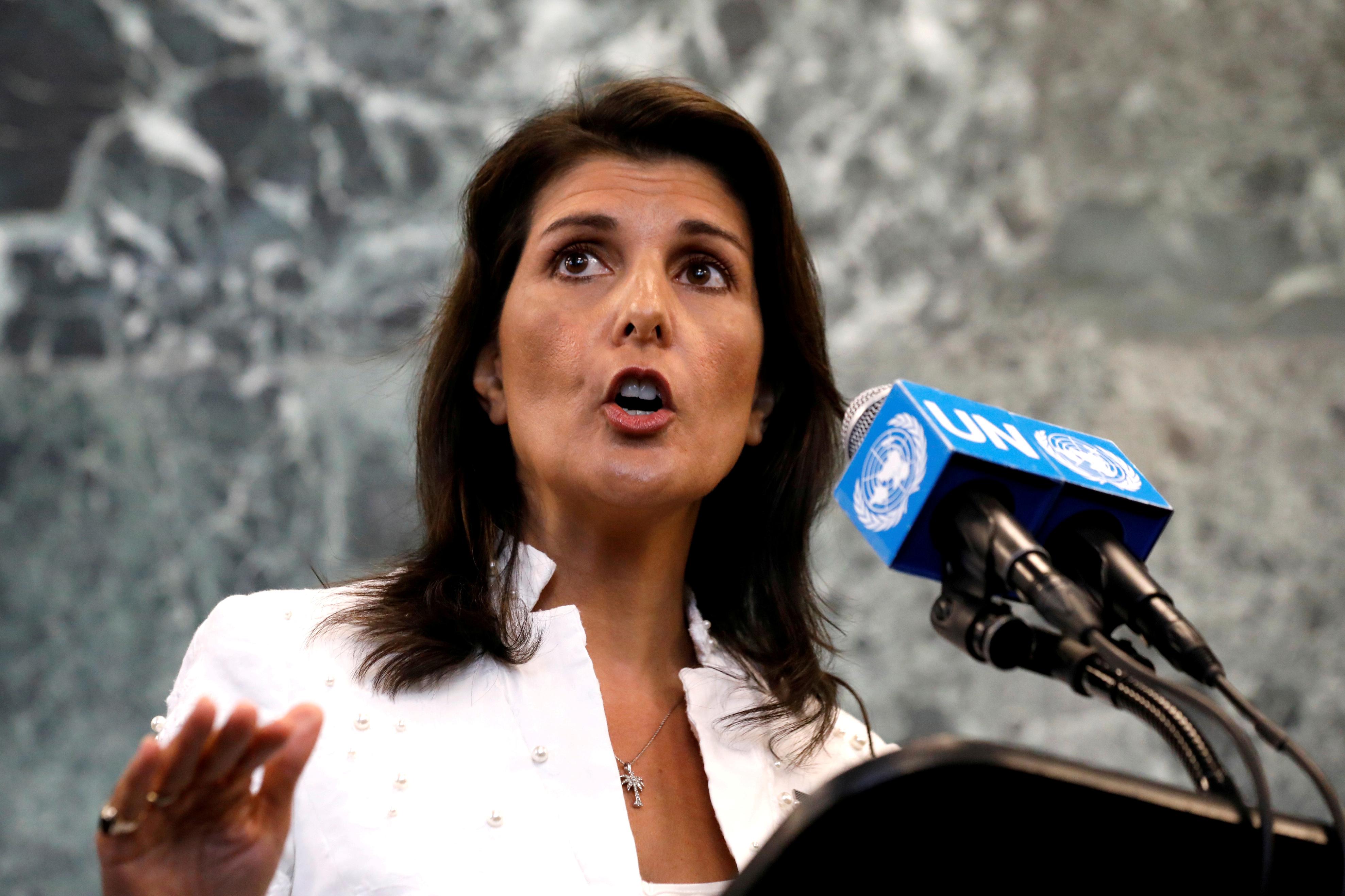 The U.N. vote can carry political weight, but only the U.S. Congress can lift the more than 50-year-old embargo. The United States and Israel voted against the resolution, 189 countries voted in favor and Ukraine and Moldova did not vote.

U.S. Ambassador to the United Nations Nikki Haley told the General Assembly that the resolution was an opportunity for countries “to feel they can poke the United States in the eye.”

“But you’re not hurting the United States when you do this. You are literally hurting the Cuban people by telling the regime that their treatment of their people is acceptable,” she said ahead of the vote.

The United States consistently voted against the U.N. resolutions for 24 years but abstained for the first time in 2016 under former President Barack Obama, as Washington and Havana forged a closer relationship.

But relations have deteriorated sharply since President Donald Trump took office in January 2017, returning to Cold War characterizations of Cuba and tightening trade and travel restrictions that had been eased by Obama.

The United States voted against the U.N. resolution last year along with its ally Israel. The General Assembly’s remaining 191 members voted in favor.

This year, the United States proposed eight amendments to the resolution, including calling on Cuba to “fully grant its citizens internationally recognized civil, political and economic rights and freedoms, including freedom of assembly, freedom of expression and free access to information.”

But all of the amendments failed after more than 113 countries voted against them. Only the United States, Israel and Ukraine voted in favor of all eight amendments. More than 65 countries abstained.

Cuban Foreign Minister Bruno Rodriguez said on Thursday the U.S. government lacked the “moral authority” to criticize Cuba and others on human rights.

“The embargo is a violation of the purposes and principles of the Charter of the United Nations and of international law,” he said before the vote. “It is an act of aggression and an act of economic war, which disrupts international peace and order.”

Last month, the United States launched a campaign at the United Nations that it said was designed to highlight the plight of Cuban political prisoners. Protesting Cuban and Bolivian diplomats drowned out the launch by shouting, chanting and banging their hands on desks.