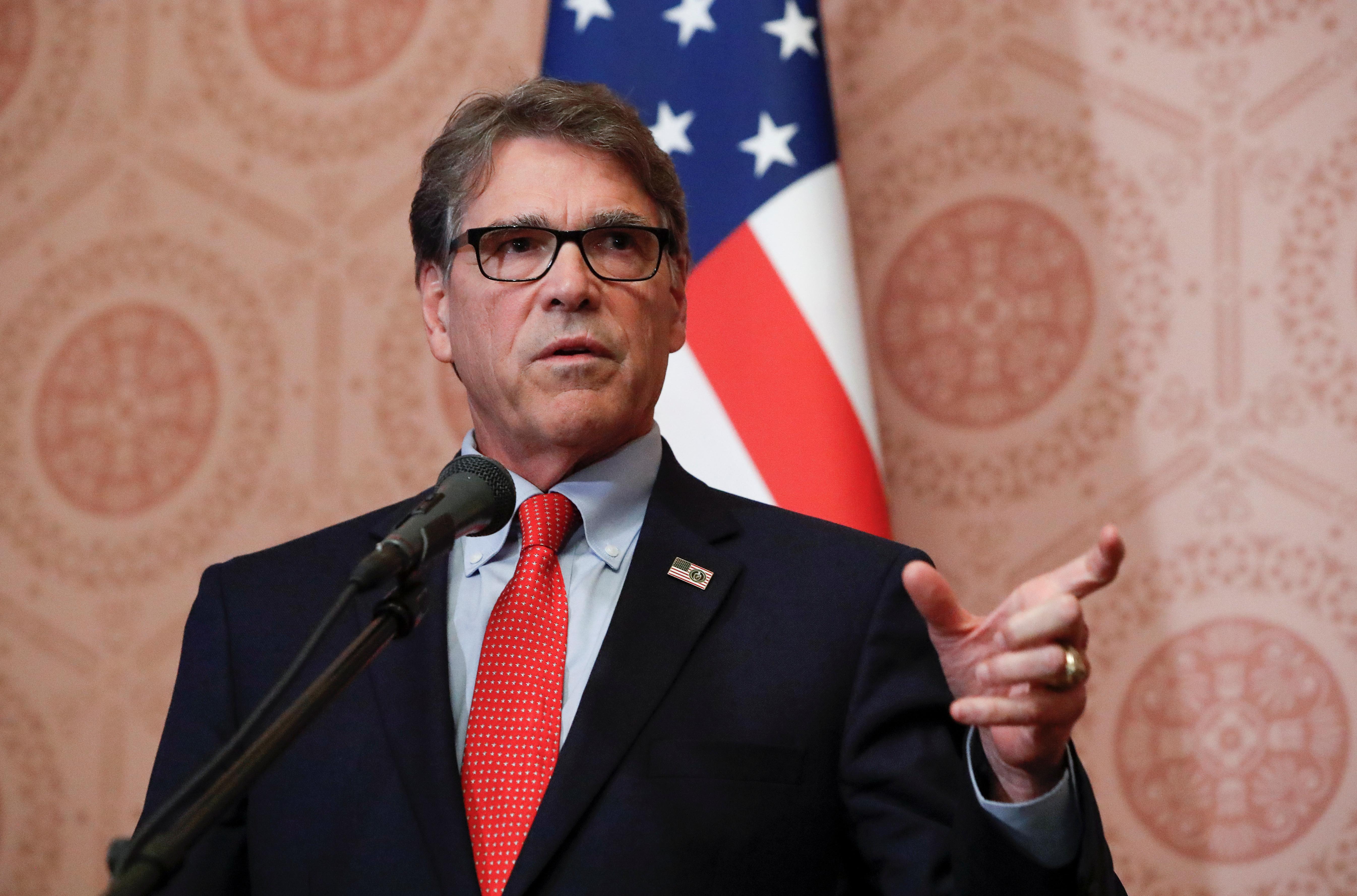 WASHINGTON (Reuters) – U.S. Energy Secretary Rick Perry will visit Ukraine, Poland and other eastern European countries next week as the Trump administration seeks to offer them alternatives to buying coal and gas from Russia.

Perry will also visit Hungary and the Czech Republic on the trip. He will meet with government officials on topics from nuclear energy to cyber security and coal and liquefied natural gas exports, the Department of Energy said in a release on Thursday.

The Trump administration is seeking foreign markets for coal as domestic consumption has dropped to the lowest level since 1983 due to closures of coal-fired power plants that are suffering from abundant, cheap supplies of natural gas.

Poland has relied on Russia’s Gazprom for more than half of its gas under a long-term deal that expires in 2022.

The United States is touting its LNG as more reliable than pipelined gas from Russia, but LNG is more expensive because of the costs of shipping and super-cooling the fuel to the point where it becomes a liquid.