HARARE (Reuters) – Both leading contestants in Zimbabwe’s disputed presidential election signaled they had won on Thursday as a nervous nation awaited the official results three days after voting.

International observers urged the electoral commission to release the tally as soon as possible to avoid further violence after three people were killed on Wednesday in clashes between security forces and opposition supporters.

Opposition leader Nelson Chamisa claimed victory, saying President Emmerson Mnangagwa knew he had lost otherwise the results would have been announced by now.

But Mnangagwa’s ruling ZANU-PF suggested the win would be his.

“We as a party we are obviously very pleased that the results announced by ZEC so far show that we achieved two-thirds majority from the parliamentary election,” ZANU-PF’s legal secretary is Paul Mangwana told reporters.

“We expect that these results will become a reflection of what we are expecting in the presidential elections.”

The commission said it would start announcing the results of the presidential election – Zimbabwe’s first since the army ousted Robert Mugabe last November to end four decades of authoritarian rule – from 10 p.m. local time (2000 GMT).

Earlier on Thursday, police sealed off the headquarters of Chamisa’s Movement for Democratic Change (MDC) and later stormed the offices and arrested 16 people.

Troops cleared the streets of the capital, despite calls from foreign governments and international organizations for calm and for political leaders to show restraint.

In his first public appearance since the vote on Monday, Chamisa urged his supporters to be calm and await “massive celebrations” for his victory. He could not give any figures because he would be breaking the law, he said.

“This government does not respect life,” he told reporters.

“Mr Mnangagwa knows it that he has lost this election. If he had won this election the result will have been announced long back but they are trying to massage the figures to try to advance fictitious and fallacious results. We know the results.”

On Wednesday, Chamisa accused the ruling ZANU-PF party of rigging the poll, although he offered no evidence.

Opposition supporters took to the streets to demonstrate and three were shot dead by soldiers amid clashes.

The army crackdown has punctured the euphoria that followed its removal of Mugabe, and fueled suspicions that the generals who launched the coup remain Zimbabwe’s de facto rulers.

In Harare, the contrast could not be stronger with November, when hundreds of thousands filled the streets, hugging soldiers and celebrating their role in ousting 94-year-old Mugabe, the only leader Zimbabwe had known since independence in 1980.

“They are showing their true colors now. We thought they were our savior in November but they fooled us,” said newspaper vendor Farai Dzengera, saying that the brief dream of an end to decades of repression was over.

“What can we do…They run this country.”

Before the police stormed the MDC headquarters, Secretary General Douglas Mwonzora said 27 party workers carrying out voter tabulation were locked inside its offices as police sealed them off on Thursday. He said he suspected police wanted to plant evidence to incriminate officials.

“We will not recognize that search warrant because they want to plant evidence. They want to disrupt our results tabulation process that’s all,” he said.

Police denied the allegation. “The police are there to do their job,” police spokeswoman Charity Charamba said.

Nearly all shops in downtown Harare were shuttered and the normally bustling pavements quiet the day after the bloodshed.

Mnangagwa’s spokesman, George Charamba, insisted that Thursday was a normal working day. “They must go about their business as always,” he said on state television.

Wednesday’s violence, which followed a relatively orderly election, dashes Mnangagwa’s hopes of repairing the image of a country that had become synonymous with corruption and economic collapse under Mugabe.

In particular, the use of soldiers to control the capital confirms suspicions that the generals who ousted Mugabe – including army chief-turned vice-president Constantino Chiwenga – are firmly in charge, analysts said.

“Deployment of troops reveals the uncomfortable truth that, eight months after Mugabe was ousted, the army remains the pre-eminent political force,” said Piers Pigou, a Zimbabwe expert at the International Crisis Group think-tank.

The election, which pitched 75-year-old Mnangagwa against the 40-year-old Chamisa, was supposed to confirm the legitimacy of the post-Mugabe government and allow Harare to renew ties with the international community.

This in turn would have allowed it to start unlocking the donor funding and investment needed to get its economy – at independence, one of Africa’s most vibrant – back on its feet.

Instead, observers from the Commonwealth, a group of mainly former British colonies that Mnangagwa had hoped to rejoin, did not mince words in condemning the military’s conduct.

“We categorically denounce the excessive use of force against unarmed civilians,” former Ghanaian president John Mahama said in a statement on behalf of the Commonwealth.

The United Nations and European Union both urged restraint, while Britain, a supporter of the “new” post-Mugabe Zimbabwe, said it was “deeply concerned” by the violence. China said however it believed the election had generally been orderly. 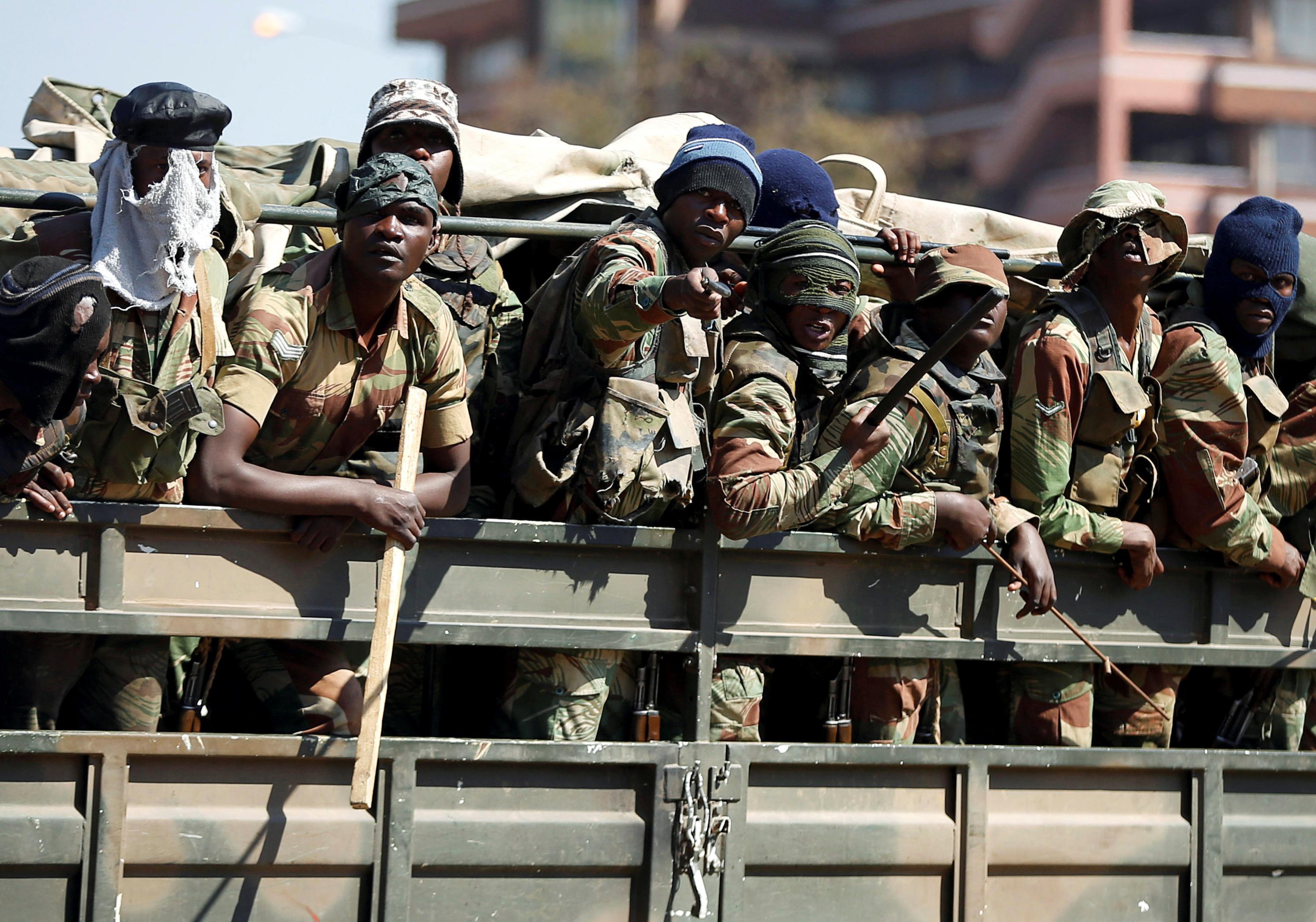 Mnangagwa, a former security chief nicknamed ‘The Crocodile’, offered his condolences to the families of the victims of the crackdown and said those responsible would be brought to justice. He said he had been talking to Chamisa to try to defuse tensions.